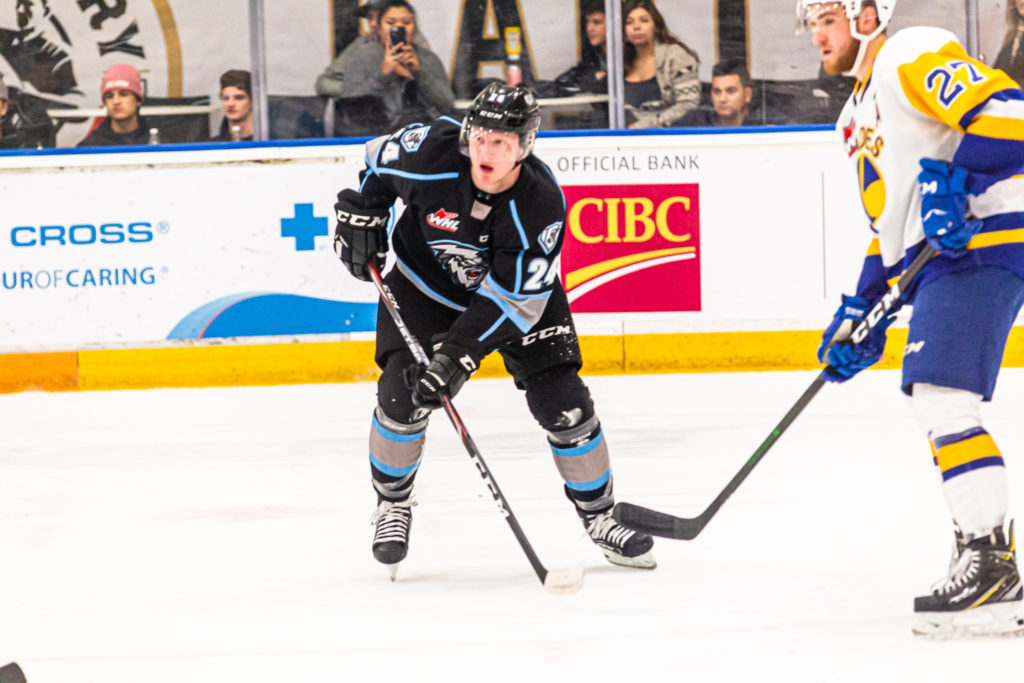 Winnipeg, MB – The Saskatoon Blades were downed 4-1 by the ICE in Winnipeg on Saturday night.

Winnipeg had the game sealed within the first 3:06 of the game, taking full advantage of two early penalties called against the Blades by scoring two power play goals.

The ICE added another goal 1:05 into the 2nd period to make it 3-0 before the Blades responded at the middle of the game through Riley McKay’s fifth goal of the season. McKay tipped in a Aidan De La Gorgendiere point shot set up by Eric Florchuk on the power play.

The home side added another goal late in the middle frame to set the score at 4-1 ICE. From there the score remained unchanged throughout the final 20 minutes of play as Winnipeg won their first game at home.

Cyle McNabb lead the team in shots on goal with 4, while backup netminder Koen MacInnes stopped all 6 shots he faced on relief duty during the 3rd period.

The Blades will seek to make amends immediately tomorrow night as they do battle with the ICE once more. Puck drop is at 6:30pm CST at Wayne Fleming Arena.

~ The Canada Russia Series is in Saskatoon on November 13th, click here to buy tickets ~