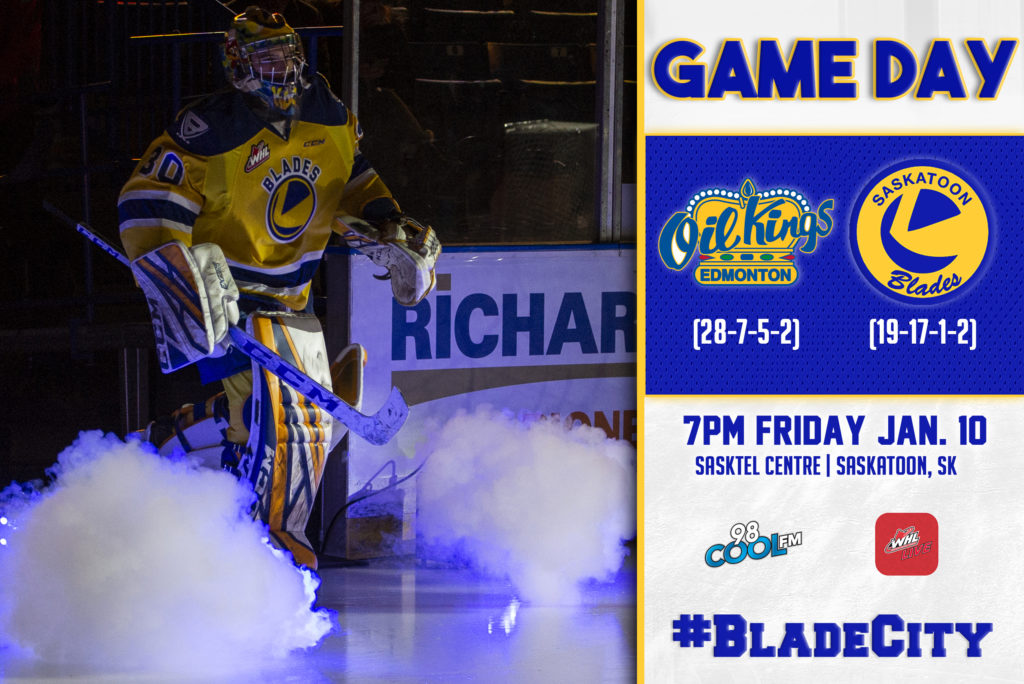 Last time they met: The Oil Kings jumped out to a 4-0 lead in the first period in Edmonton on January 5th and never looked back as they held off a valiant Blades’ comeback to win 4-3. Tristen Robins & Chase Wouters each had a goal in that encounter, while wily veteran Randen Schmidt notched his first of 2019-20.

What it means for the Blades: Knocking off the best team in the league at home, a team they’ve come very close to beating twice already this season.

The stat: 1 – Randen Schmidt has only scored one goal thus far this season and he only had one goal last season too. The connection? Beck Warm – the former Tri-City Americans goaltender now plays for the Oil Kings. Last season, Schmidt scored his first career goal on Warm when the Americans visited SaskTel Centre. Last week he scored his second on Warm when the Blades played in Edmonton. If Warm gets the start tonight, perhaps we’ll see Schmiddty’s third goal?

It’s a big night for: Koen MacInnes – arguably the rookie netminder’s most challenging opponent for his young WHL career. A strong performance against the best team in the league could certainly put him on the map in his first year of NHL draft eligibility.

Canadian Brewhouse Happy Hour: Doors open at 6pm and so do the taps at the bar! On Friday, beers are on special for just $5 between doors opening and puck drop at 7pm. 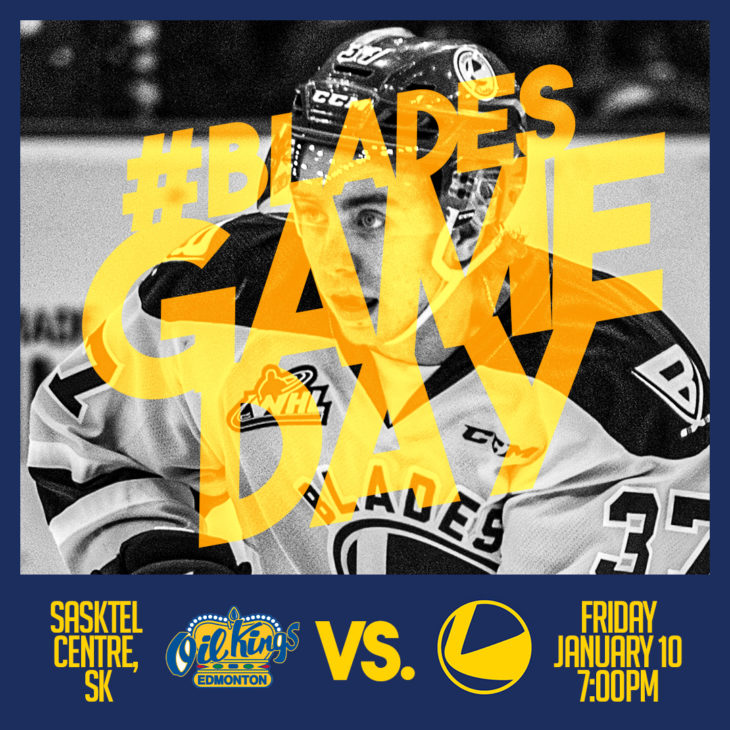