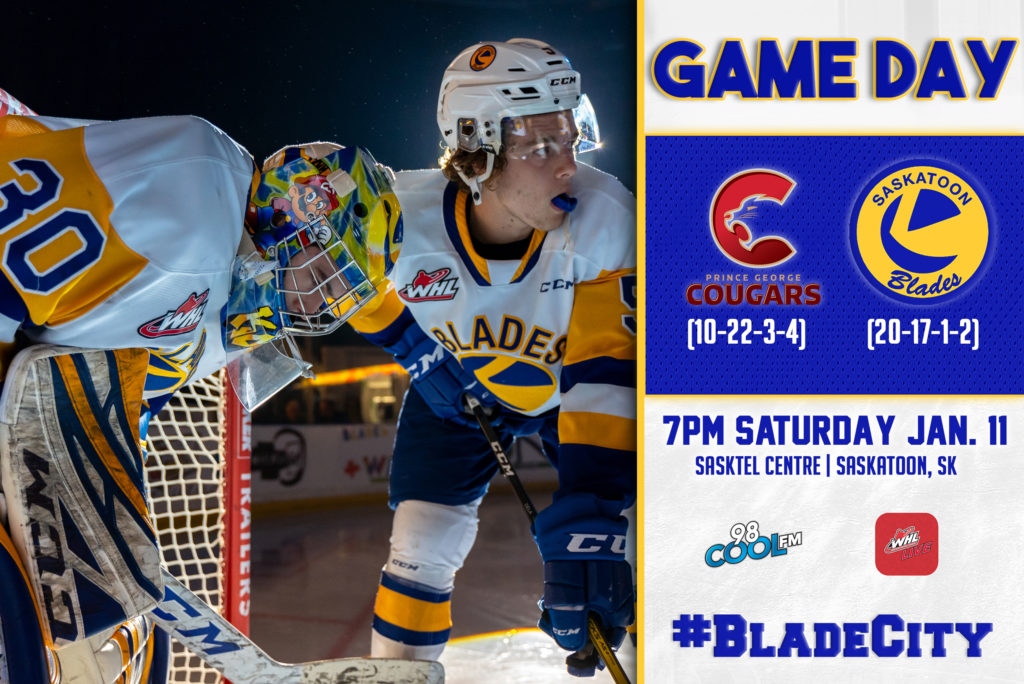 Last time they met: A very different looking Blades’ squad took it to the Cougars in their own barn to the tune of a 4-1 victory in Prince George on November 24th, 2018. The Cougs opened the scoring just over two minutes into the match, but a Max Gerlach power play goal just a 1:41 later kick-started the Blades to four unanswered goals. Nolan Maier made 21 saves in the win.

What it means for the Blades: Hitting a three game winning streak at home.

The stat: 84 – the number of goals scored by the Cougars this season is second lowest in the league, just edging out the Swift Current Broncos by three. For comparison’s sake, the Blades have the 12th most goals in the league with 120.

It’s a big night for: Chase Wouters – the Blades’ Captain was the only skater still on the roster to notch a point in the Blades’ last encounter with the Cougs. Wouters has been on a bit of a goal scoring tear of late, having notched seven goals in his last 10 games, including the game tying goal against Edmonton last night.

Kirby Dach Bobblehead Night: Doors will open at 6:00pm where fans will receive one of three coloured cards upon entry. During the game one card colour will be randomly drawn, and all fans with the matching coloured card will then be able to redeem their card for the exclusive collector’s item. Fans ares encouraged to arrive early to ensure they receive a card as supplies are limited. 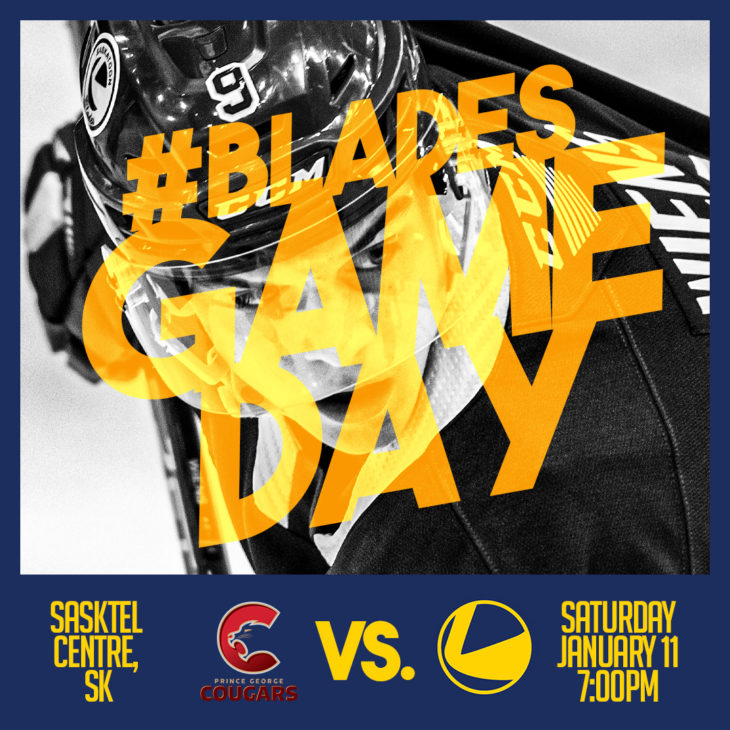