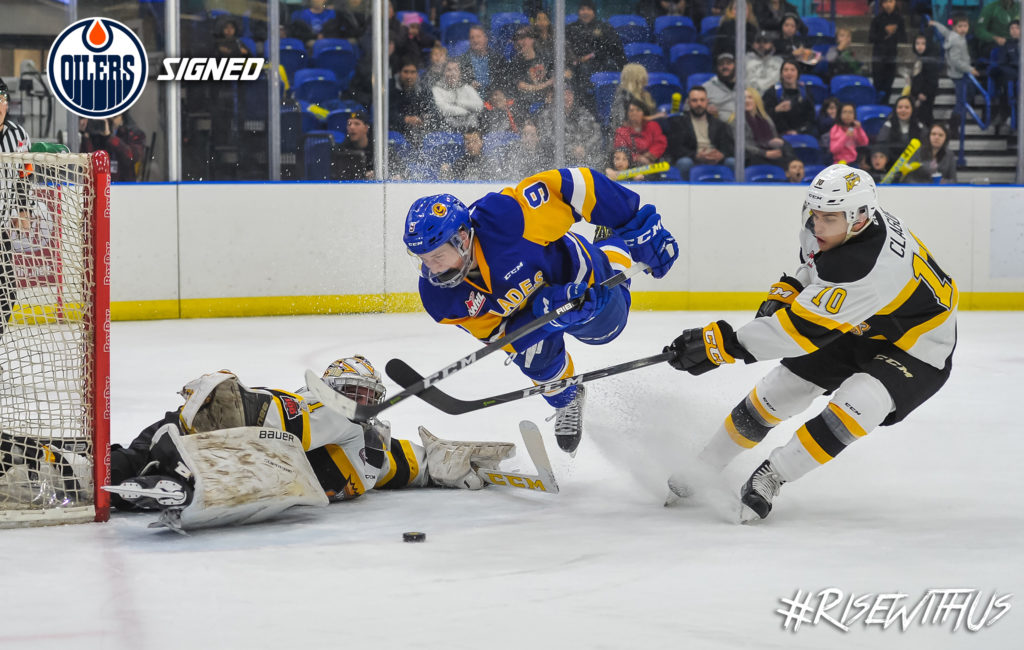 The 20-year-old centre is having a career year in the Western Hockey League after battling back from an injury that kept him sidelined for his entire 19-year-old season. Through 34 games this season Hebig leads the Blades almost all offensive categories including goals (28), points (51), power play goals (10), game winning goals (3), shots on goal (174), and face-off percentage (55.9). 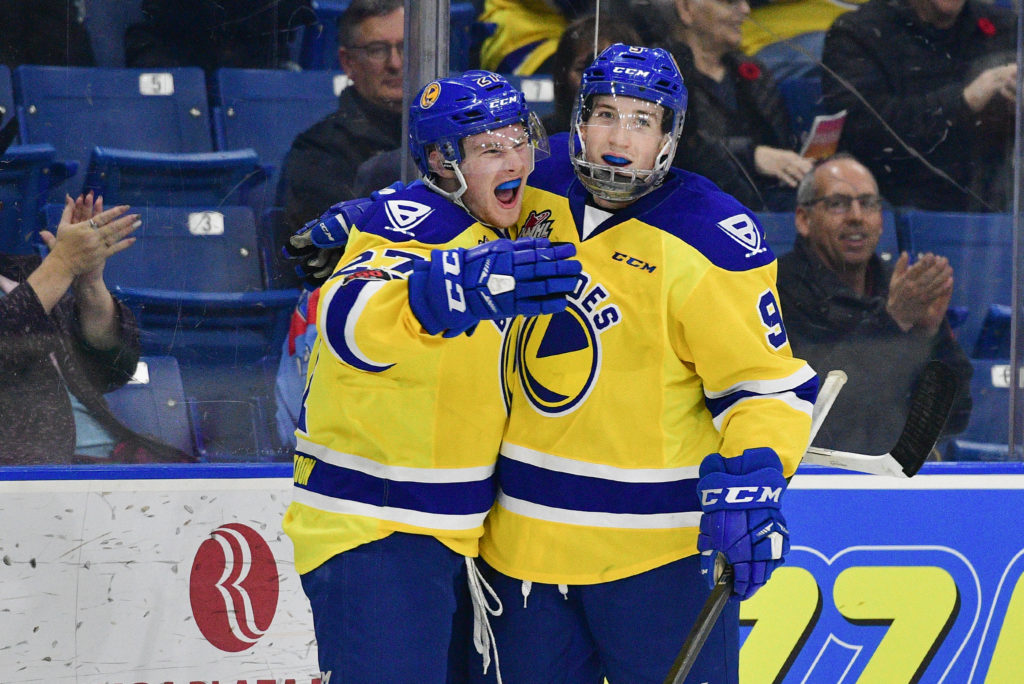 The driving force of the Blades’ offense, Hebig has helped the club to victories in 5 of their last 6 games, a span in which the veteran has collected 5 goals and 5 assists. That consistency combined with the rest of the team’s efforts has lifted the Blades into a playoff spot for this first time this season.

Originally drafted by the Blades in the 2012 WHL Bantam Draft in the 3rd round, 56th overall, Hebig made an immediate impact upon arriving in the league at the age of 16 when he scored 26 points in 67 contests. From there his point totals increased every season; 40 at age 17, 69 points in 56 games at age 18, and now already at 51 points through 34 games as a 20 year old. Earlier in December Hebig registered his 100th career assist in the WHL, and is quickly approaching 200 career points currently sitting at 186 after scoring twice last night against the Prince Albert Raiders.

Hebig will look to lead the Blades to their 3rd straight win tonight as the Blades visit the Raiders for the back half of a home & home series. Game time is 7:00pm in Prince Albert and fans can tune in on 92.9 The Bull FM or stream the game live for free on WHL Live.