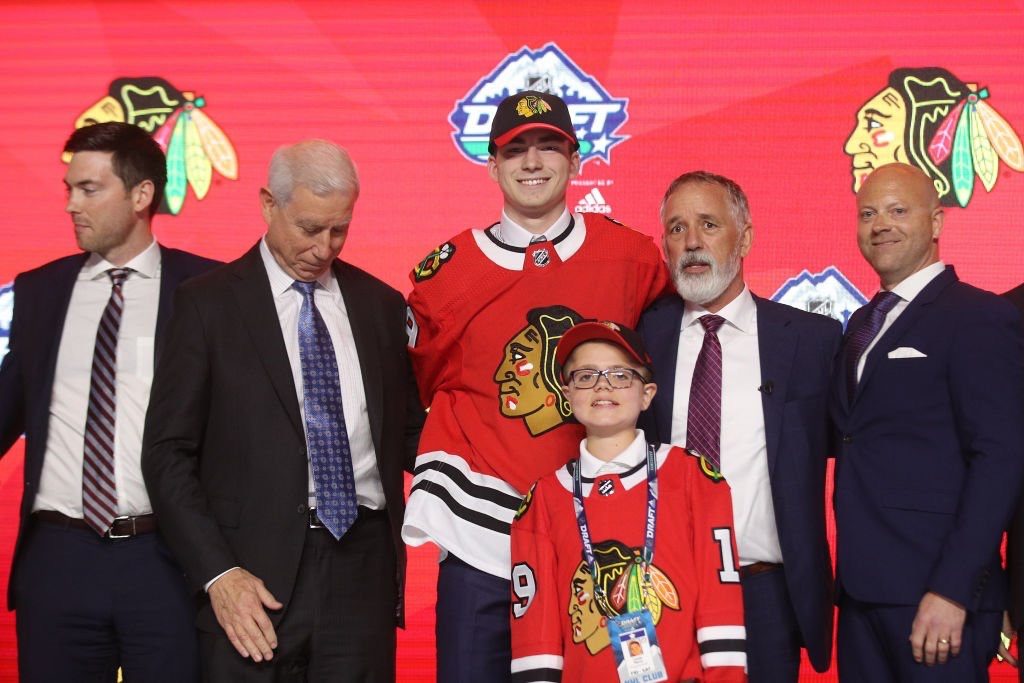 Vancouver, B.C. — Saskatoon Blades forward Kirby Dach has been selected with third overall by the Chicago Blackhawks in the 2019 NHL Entry Draft on Friday night at Rogers Arena in Vancouver, British Columbia.

“It’s pretty surreal, I’m kind of at a loss for words at what just happened,” said Dach moments after exiting the draft stage while donning a fresh, red Chicago Blackhawks jersey and a smile that simply couldn’t be contained.

Dach entered the draft as the second highest ranked North American forward behind the first overall selection, Jack Hughes. Kirby was the highest Canadian born player picked on Friday night, and the first player drafted out of the Canadian Hockey League. 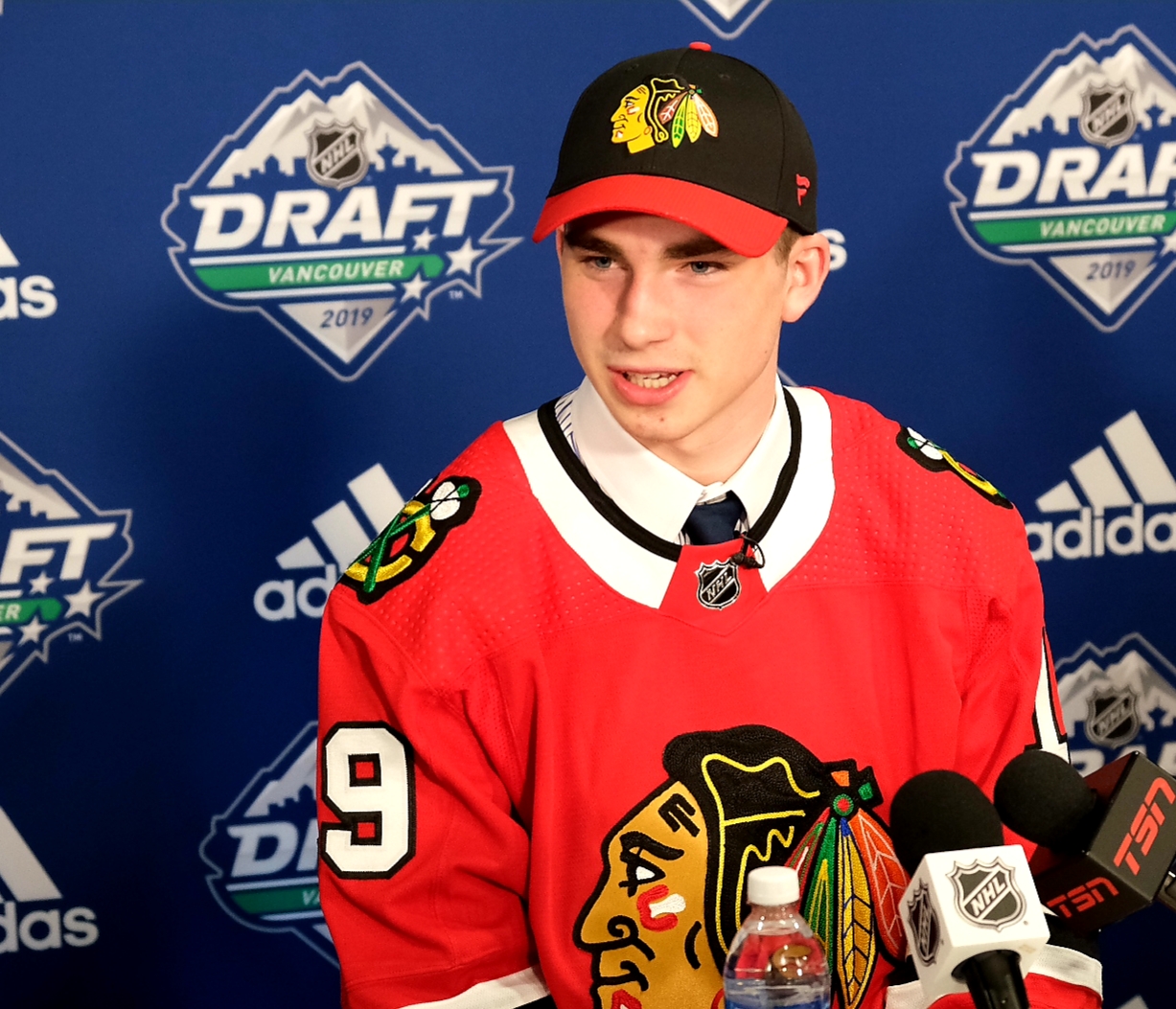 “I’m pretty excited to be going to this city; it’s an original six team, and I’ll get to learn from guys like Jonathon Toews and Dylan Strome. To have those centre men mentor me, it’s going to be awesome,” added Dach in his first media availability as a member of the National Hockey League’s Chicago Blackhawks.

Kirby Dach becomes the 19th player from the Saskatoon Blades to be drafted in the first round, the 121st Blades’ player to be drafted into the NHL, and the first Blade to be picked at the third overall spot since Curtis Leschyshyn was taken by the Quebec Nordiques in 1988. Kirby is also the highest Chicago Blackhawks’ draft pick since Patrick Kane was picked first overall in 2007. Current Blackhawk captain Jonathon Toews was the last Chicago player drafted in the third overall spot, which was in 2006.

Rounds two through seven of the 2019 NHL Entry Draft will resume on Saturday at 11:00am CST. Blades goaltender Nolan Maier and defenseman Emil Malysjev are both ranked by NHL Central Scouting and are eligible to be selected in the draft.