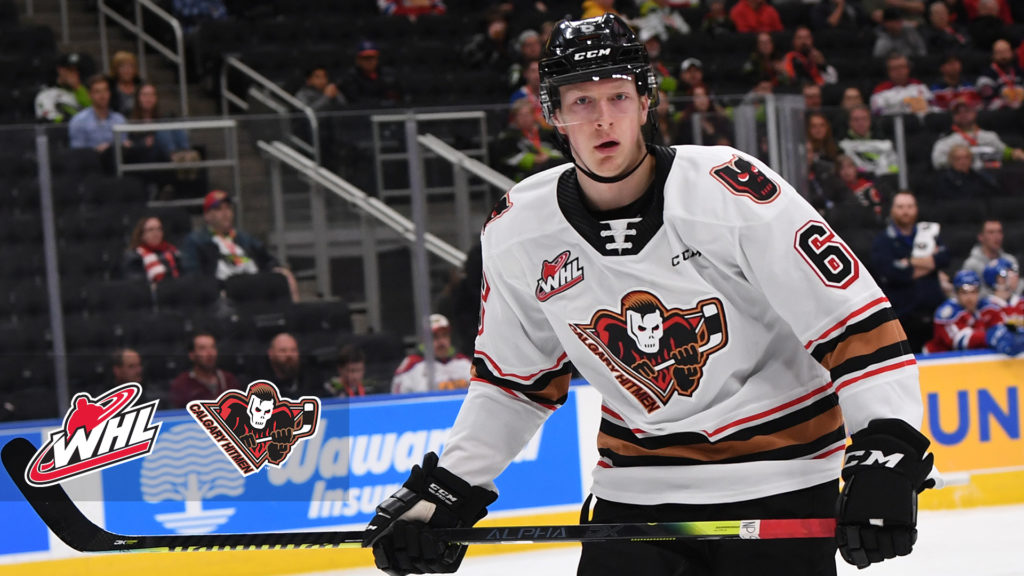 Luke Prokop made history on Monday morning, becoming the first player in the Western Hockey League to publicly come out as gay.

The outpouring of support was instantaneous and widespread for the Calgary Hitmen defenceman, who came out in a social media post.

“Hi everyone. While the past year and a half has been crazy, it has also given me the chance to find my true self. I am no longer scared to hide who I am.

“Today I am proud to publicly tell everyone that I am gay.

“It has been quite the journey to get to this point in my life, but I could not be happier with my decision to come out. From a young age I have dreamed of being an NHL player, and I believe that living my authentic life will allow me to bring my whole self to the rink and improve my chances of fulfilling my dreams.

“I wouldn’t be able to do this without my amazing family, friends, and agents – who have known this about me and met me with love and support every step of the way. I hope that in sharing who I am I can help other people see that gay people are welcome in the hockey community, as we work to make sure that hockey truly is for everyone.

“I may be new to the community, but I am eager to learn about the strong and resilient people who came before me and paved the way so I could be more comfortable today. This is just the beginning of my journey and I am excited to see where it takes me, both in hockey and in life.

WHL Commissioner Ron Robison pledged the support of the WHL in a statement.

“The entire WHL community is proud of Luke for sharing his true self today,” commented WHL Commissioner Ron Robison. “We commend and recognize Luke for courageously standing as a role model for other young hockey players and people in the LGBTQ+ community, especially those within and close to the WHL. We wish Luke success this coming season and in his continued pursuit of playing in the NHL.”

NHL Commissioner Gary Bettman shared his support for Prokop in a statement issued by the league.

“On behalf of the National Hockey League, we are proud of Luke Prokop for today’s announcement and I would like to thank him for sharing his truth and for being so brave,” Bettman said.

“I share his hope that these announcements can become more common in the hockey community. LGBTQ+ players, coaches, and staff can only perform at their absolute best if they live their lives as their full and true selves. We do not take the meaning and importance of this announcement lightly.

“We pledge to do everything possible to ensure that Luke’s experience is a welcoming and affirmative one and continue to work to ensure that any current or future NHL Player contemplating following in his trailblazing footsteps knows our League is ready to provide full support.”

Prokop, a 19-year-old defenceman from Edmonton, Alta., was selected in the third round (73rd overall) of the 2020 NHL Draft by the Nashville Predators. He went on to sign his entry-level contract with the Preds on December 9, 2020.

“Luke is a valued prospect of the Nashville Predators and we think he has a bright future,” said David Poile, President of Hockey Operations and General Manager for the Predators. “We want Luke to become a successful hockey player, and we understand his ability to be out comfortably will help him achieve his goals on and off the ice. We are committed to ensuring nothing stands in the way of his ability. His courage is an inspiration to us, and to the LGBTQ community in Nashville.”

“Our message as a team [is that] we’re obviously very supportive of him,” Josi said. “We just reached out and told him [we’ll help with] whatever he needs and that we’re proud of him. It’s a big step for him and we fully support him.”

Since being selected by the Hitmen with the seventh overall pick in the 2017 WHL Prospects Draft, Prokop has made an impact on the ice, skating in 150 career WHL regular season contests, representing Canada White at the 2018 World Under-17 Hockey Challenge, and competing in the 2020 Kubota CHL / NHL Top Prospects Game in Hamilton, Ont.

Now, the 6-foot-4, 218-pound blueliner will make an unforgettable impact off the ice, serving as a trailblazer for LGBTQ+ hockey players and athletes across Western Canada, the Pacific Northwest United States, and the rest of the globe.