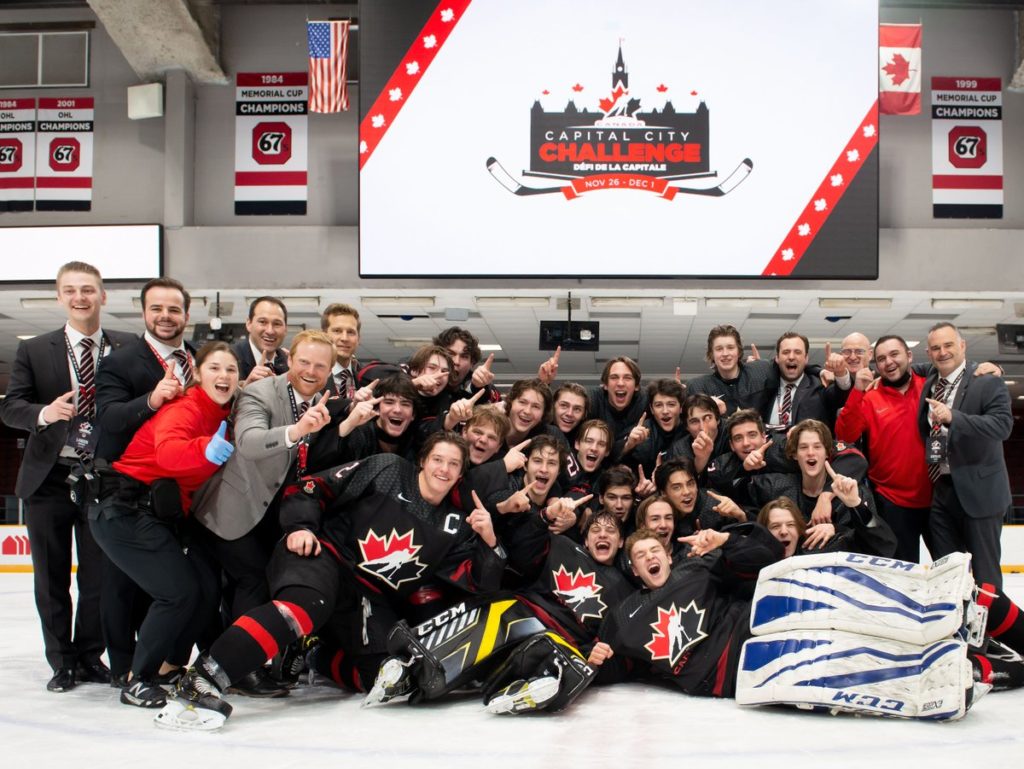 The two members of the Saskatoon Blades helped Team Canada Black U17 earn a thrilling 5-4 overtime victory over Team Canada Red U17 in the championship match at TD Place Arena on Wednesday.

Molendyk, the Blades 2020 first-round pick, collected an assist on Canada Black’s opening marker, scored by Ty Halaburda of the Vancouver Giants. The McBride, BC product found the scoresheet in all five games in the tournament, finishing with five assists, and playing a key role on a team that went undefeated through the tournament.

Kosmolak, who’s widely regarded as one of the WHL’s most reliable equipment managers, took the bench in all five victories and played a key role in making sure every player was geared and ready come game-time.

Molendyk and Kosmolak are expected to link up with the Blades in Winnipeg ahead of the team’s two-game series against the ICE.

Team Canada Black jumped out to a two-goal lead in the first period after goals by Ty Halaburda and Alex Pharand, but Matthew Wood and Natan Éthier responded with goals for Team Canada Red to even the score at 2-2.

The teams traded goals in the second, as Halaburda notched his second goal of the game and Owen Outwater scored just over two minutes later to tie the game at three goals apiece.

As time was winding down in the third period, Saskatoon-product Riley Heidt fired home a rebound with 29 seconds to play, but Zach Benson netted his tournament-leading seventh goal on a shot off the faceoff with 0.4 seconds left to send the game to overtime.

Calum Ritchie was the overtime hero, beating Team Canada Red goaltender Jackson Unger on a breakaway in the extra frame.