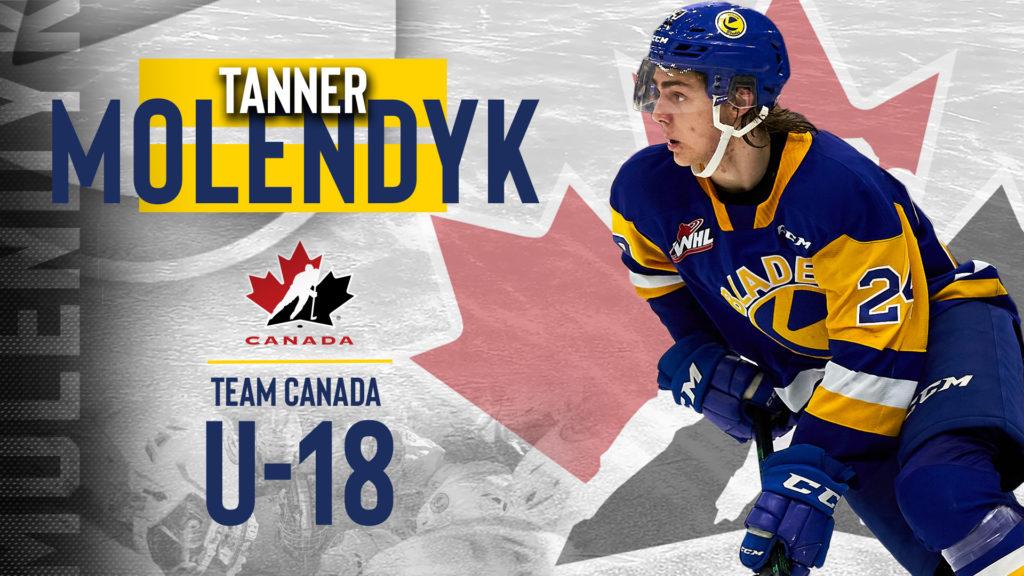 Among the 23 players selected, Saskatoon Blades very own, Tanner Molendyk, will join team red and black for the 2022 Hlinka Gretzky Cup in Red Deer, Ab from July 31st to August 6th.

Molendyk, a 17-year old from McBride, BC wore the pacman proud this past season, notching 18 points in 55 games. The 5’11” left-shot defenceman was named to Team Canada’s U-17 roster to compete at the Capital City Challenge this past season and returned wearing a gold medal following a thrilling overtime win. Molendyk is now set to hit the ice with Team Canada once again, this time with the U-18 team.

Team Canada won the gold medal at the Hlinka Gretzky Cup back in 2018 where goaltender Nolan Maier and forward Kirby Dach were a part of the roster under the guidance of assistant coach Mitch Love. 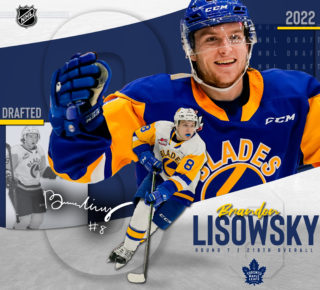