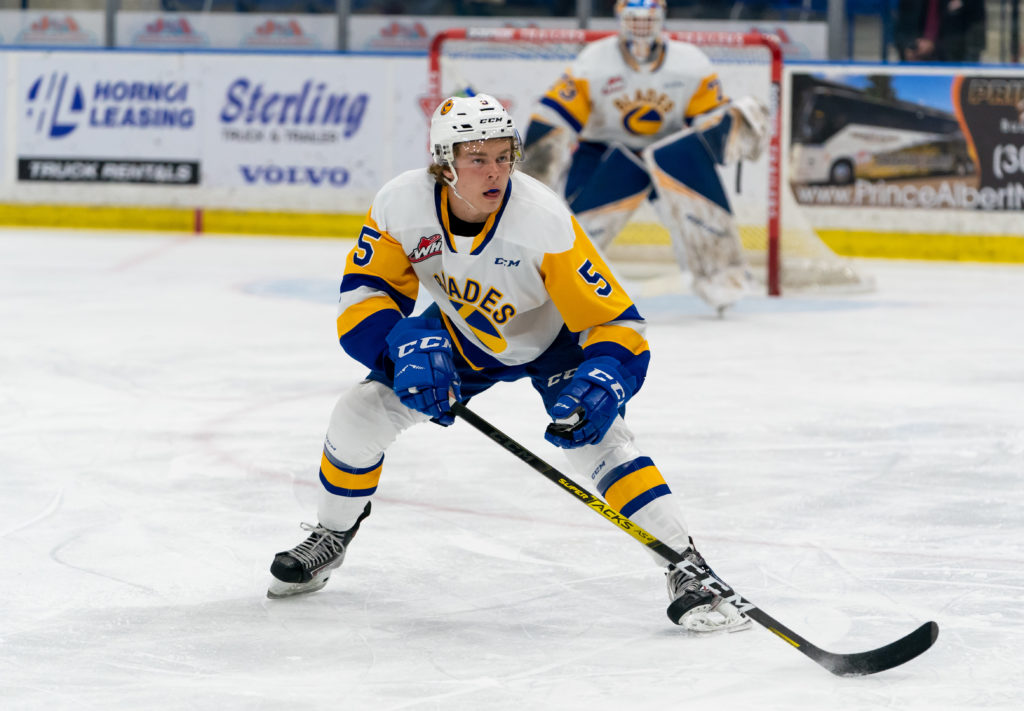 SASKATOON, SK — Aidan De La Gorgendiere is one step closer to living out his dream of skating with an NHL team.

The former first-round pick is one of five Saskatoon Blades listed in NHL Central Scouting’s final rankings, coming in at 197th among North American skaters.

“Being ranked in NHL Central Scouting is pretty cool,” said De La Gorgendiere. “It shows that the hard work I’ve been putting in is starting to show, but I’m not satisfied. There are many areas of my game I’d like to improve, so I’m working hard at those this off-season.”

The hard-nosed defender is coming off a major scoring surge is his sophomore campaign. After being held to five assists in his rookie season over 47 games, the 6-foot-0, 183-pound workhorse piled up 28 points (4G-24A), playing in all 63 games.

He says his confidence on the ice grew immensely this past season, which resulted in more numbers on the scoresheet.

“The transition to the WHL as a 16-year-old was difficult,” continued De La Gorgendiere. “I wasn’t used to the speed and strength of opposing players. I feel like I had a way better second year, playing more offensively while also locking down on defence. I was able to jump up in the rush more and play with some of our top players.”

The Langley, BC product is now setting his sights on the 2020-21 campaign, knowing more responsibility will be waiting for him.

Veteran defenders Nolan Kneen and Scott Walford have both graduated from the WHL, leaving much of the blue-line work for De La Gorgendiere to fill. In fact, De La Gorgendiere will be the highest scoring Blades defenceman returning next season.

To meet expectations, he’s working on a few select areas of his game this off-season and says he’ll be ready to go come training camp.

“I’m continually trying to get better,” said De La Gorgendiere. “A big focus this summer is getting my feet quicker as well as getting all-around stronger. I think by improving my foot-speed and strength this offseason, it’ll only continue to grow my confidence.”

Adding to his caliber is a strong class of draft-eligible players right beside him. In having four teammates also ranked in NHL Central Scouting, the Blades have the most among Canadian WHL teams. Forwards Tristen Robins (86th) and Kyle Crnkovic (208th) along with defenceman Rhett Rhinehart (151st) and goaltender Koen MacInnes (22nd) are in the same boat as De La Gorgendiere. 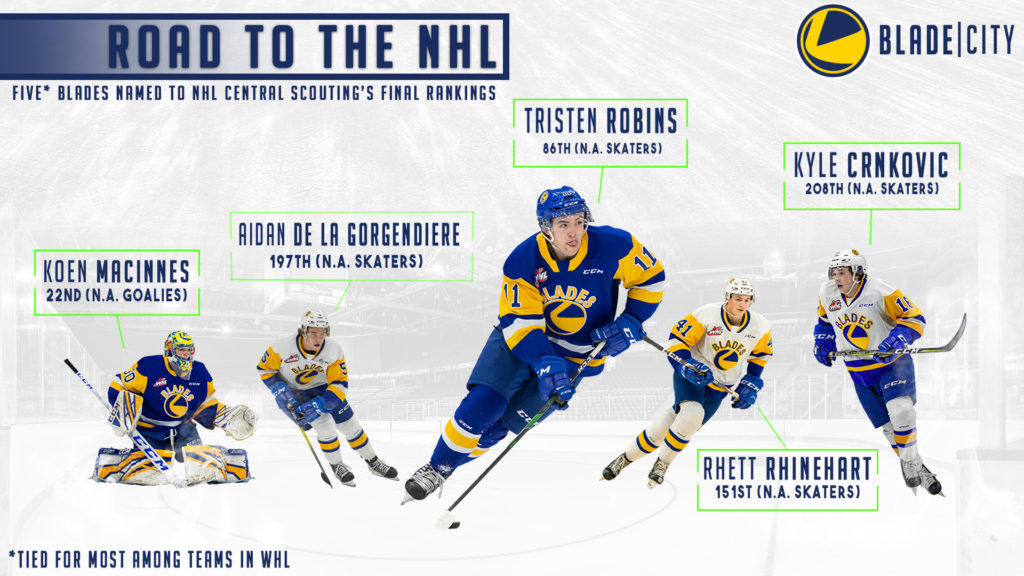 “I think that says a lot about the quality of coaching and the talent that we have coming up through the system,” added De La Gorgendiere. “We have a close group that pushes each other to be better every day, and in having five Blades recognized like that proves our ability to compete. Honestly, it’s not surprising to see all of us getting recognized like that, and I think it sets the entire team up for success in the future.”

Several unpredictabilities are still up in the air before De La Gorgendiere skates with an NHL team. The NHL has yet to declare its Entry Draft date, or how it will be conducted due to the COVID-19 pandemic.

Whenever that may happen, De La Gorgendiere says hearing his name called by an NHL team would be a tremendous honour.

“Being drafted into the NHL has always been a dream of mine,” he added. “It would be very cool if it were to happen. But I know there is a lot more work to be done if I want to play as a professional one day and for now I’m doing what I can to be the best Blade I can be.”