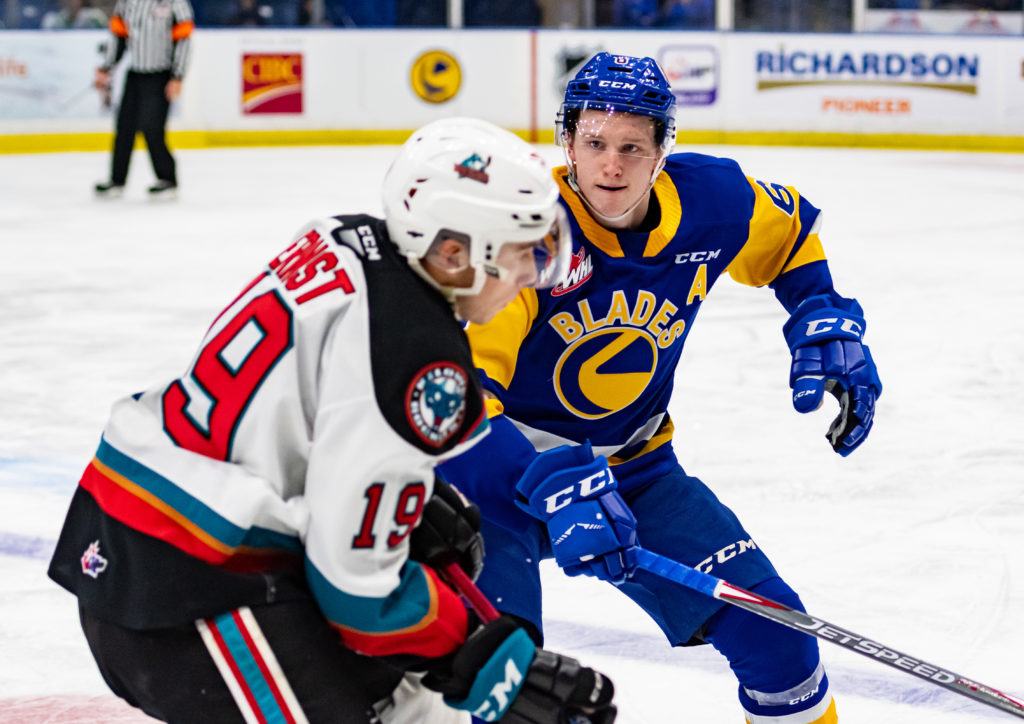 The Saskatoon Blades returned home after a seven game road trip and came out on the wrong end of a controversial shootout loss to the Kelowna Rockets.

The teams played to a scoreless first period that saw lots of physical play highlighted by a classic Nolan Kneen check catching Rockets’ forward Matthew Wedman along the boards.

Kelowna opened the scoring just 1:12 into the second period to take the 1-0 lead. Saskatoon would respond a few minutes later as it was Matej Toman who circled the net and found Zach Huber who went bar down for his 9th goal of the season. The Blades would take the lead roughly 5 minutes later on Colton Dach’s first WHL goal. 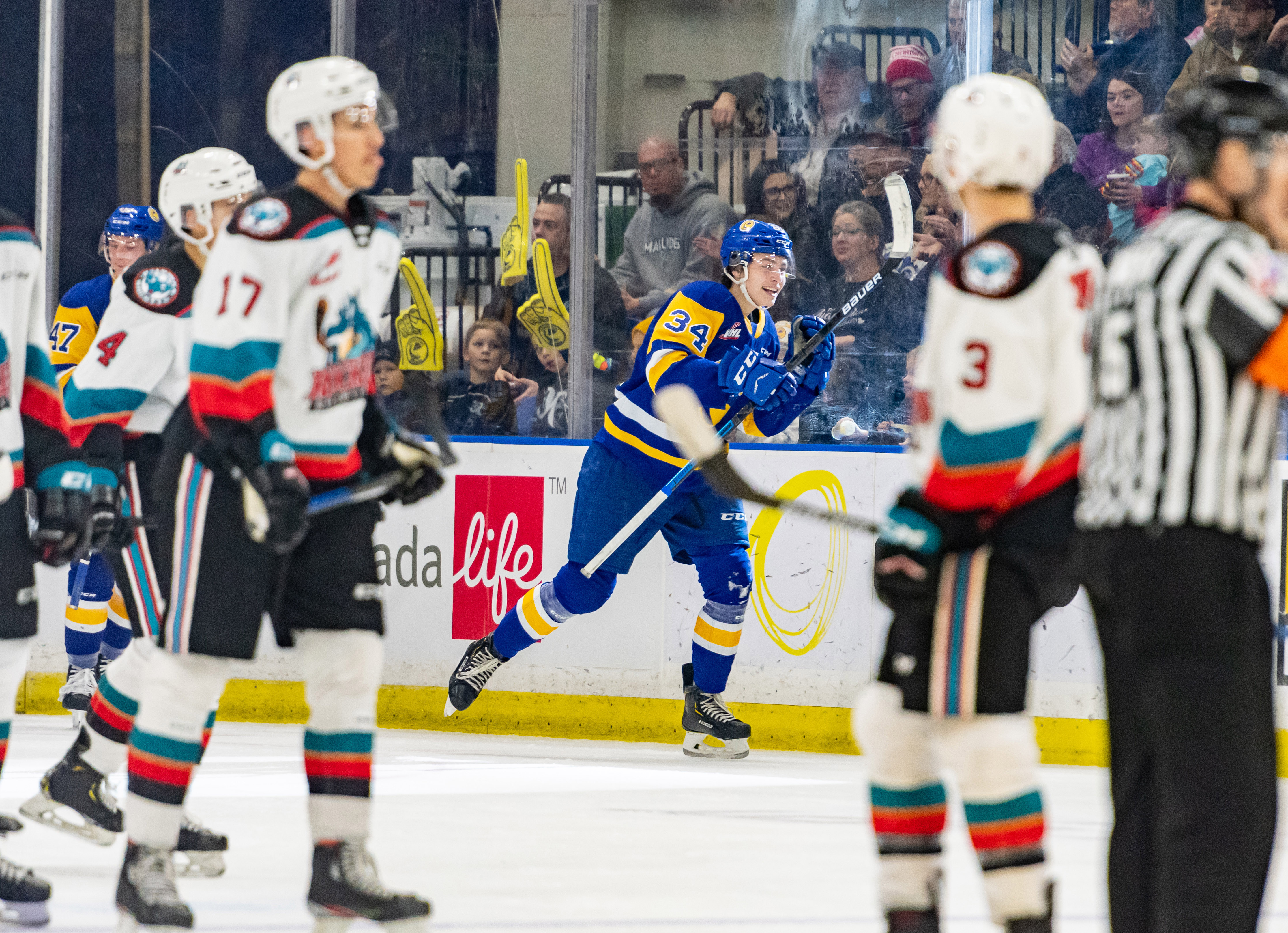 Randen Schmidt shot far pad and Dach cleaned up the rebound for his first, which put the Blades up 2-1. Kelowna would reply a few minutes later to tie the game. The Blades took the lead back before the period ended as Eric Florchuk made a short pass and found Tristen Robins for the partial breakaway and he shot and scored to give the Blades lead. The goal was Robins’ 10th of the season.

The third period had a physical pickup as Riley McKay dropped the gloves just over 3 minutes into the final frame. Kelowna would tie the game up on a controversial goal – a Rockets player’s stick followed through on his shot and hit Scott Walford in the face. Walford laid on the ice bleeding as play continued, and the Rockets were able to tie the game with 2:52 to play

In Overtime the teams went back and forth as the Blades got strong defensive plays from Majid Kaddoura and Aiden De La Gorgendiere. Chase Wouters had the Blades’ best chance of the frame but was turned aside.

In the shootout the Rockets scored on their first attempt and the Blades were unable to capitalize on any of theirs as they fell 4-3.

The Blades next play the Medicine Hat Tigers on Tuesday at SaskTel Centre for Toonie Tuesday. Pop & popcorn are just $2 PLUS buy one ticket and get your second ticket for $2.