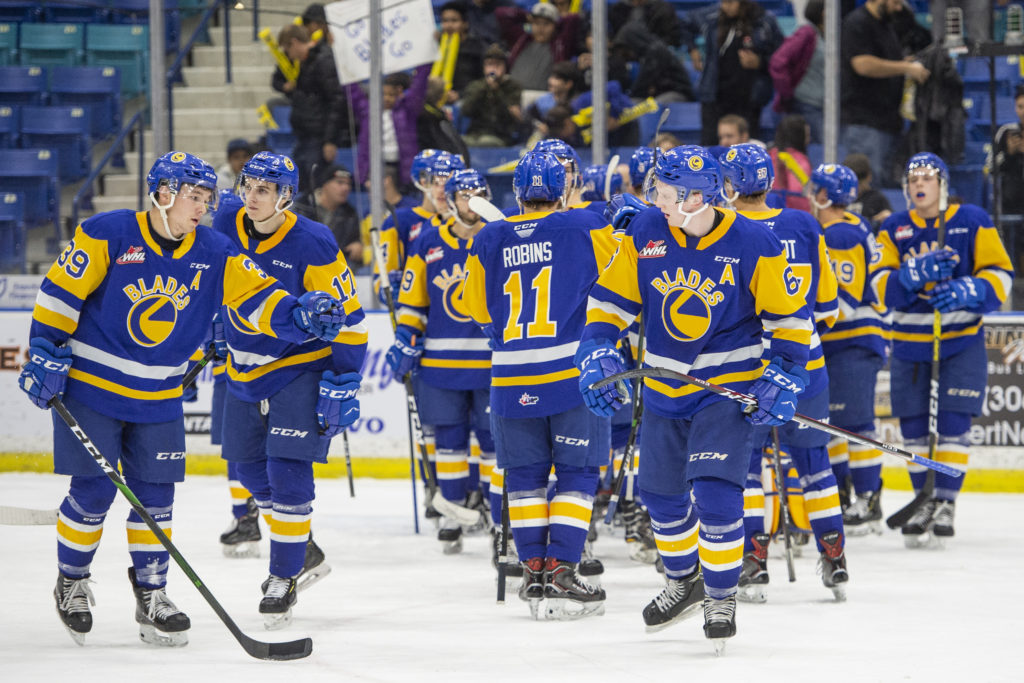 Saskatoon, SK – The Saskatoon Blades have emerged victorious on home ice for the first time this season, defeating the Vancouver Giants 2 goals to 1.

The low scoring affair was tense and physical as both netminders, Nolan Maier for the home side and Trent Miner for the visitors, respectively stopped 30 and 29 shots-faced. 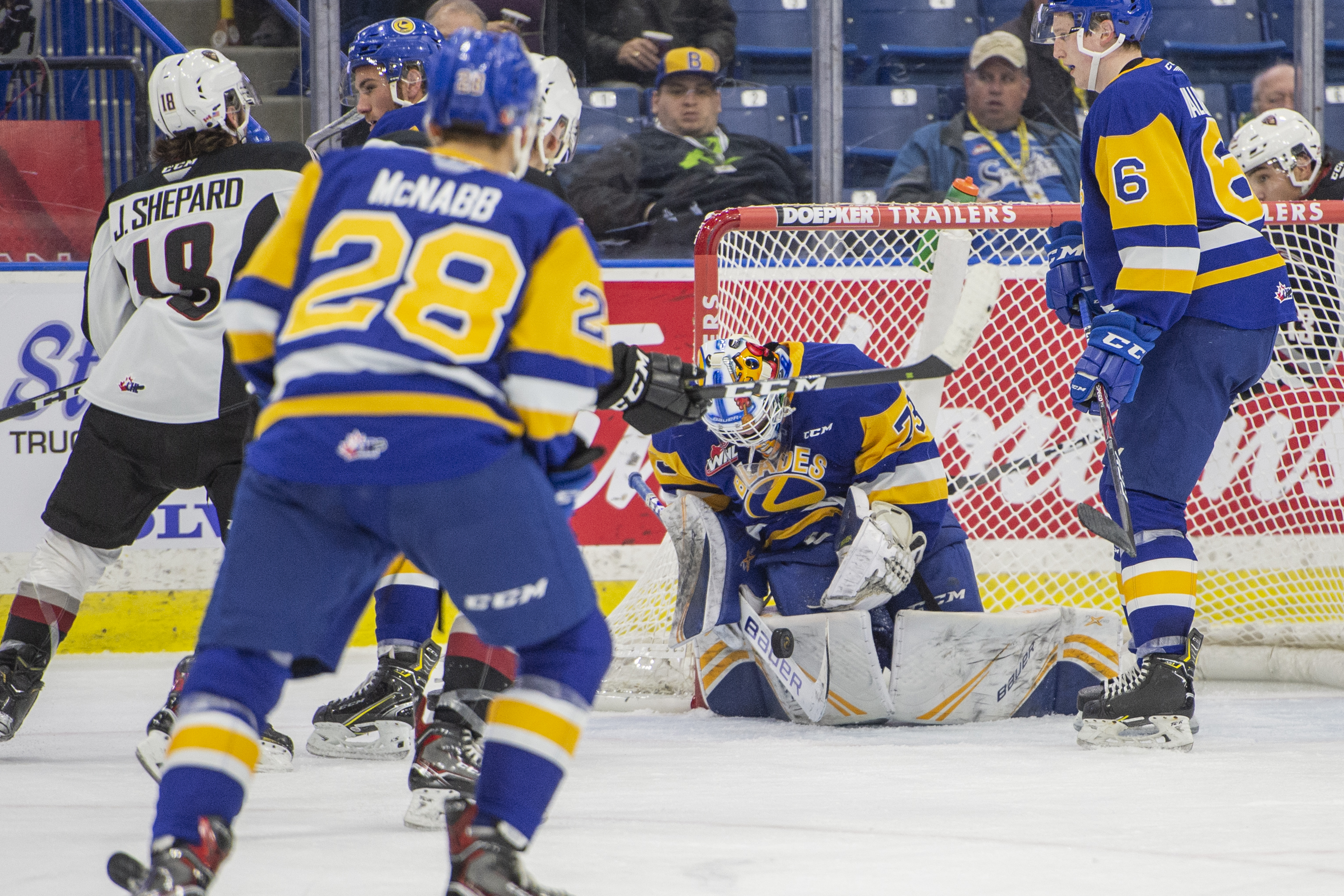 On a power play, Chase Wouters opened the scoring 1 minute and 18 seconds into the game as Nolan Kneen set up a Scott Walford point-shot which was deflected into the back of the net by Wouters.

The score remained 1-0 Saskatoon until the 9th minute of the 3rd period when Vancouver equalized through Dylan Plouffe who, left unchecked, was able to walk in from the wing with time to spare and pick a perfect shot.

The Blades responded soon after through their second power play goal of the evening. Tristen Robins worked the puck to Kyle Crnkovic in the slot where he found Kneen on the wing. Collecting Crnkovic’s pass off of his skate, Kneen steadied and shot home truly the goal that would stand as the game winning tally. 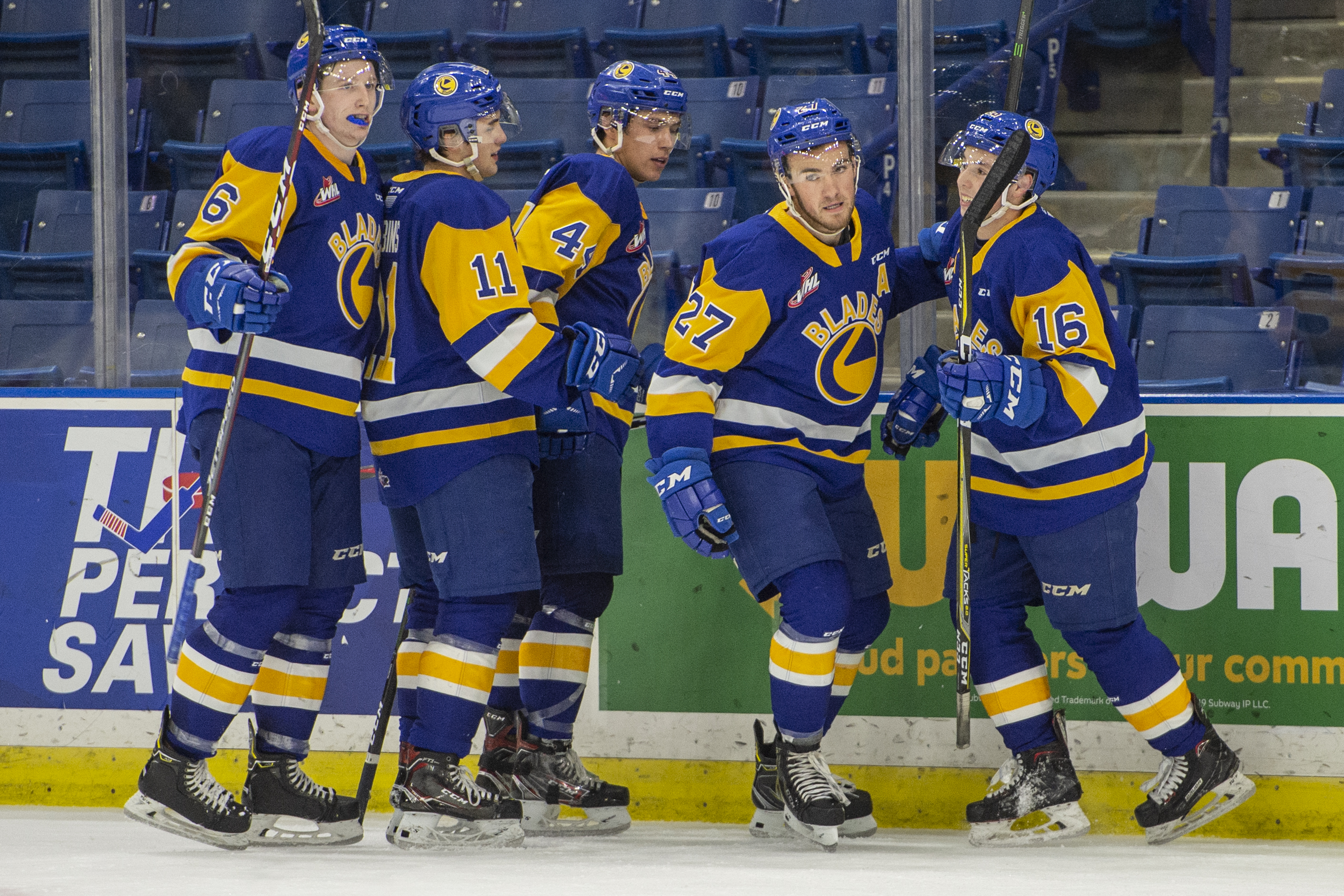 All fans in attendance were able to receive a free ticket for the Blades’ Saturday night game as part of this season’s Winning Wednesdays promotion.

Saskatoon will now travel to face the Wheat Kings in Brandon on Friday night before quickly returning home for Country Harvest Night against the Lethbridge Hurricanes on Saturday 7pm at SaskTel Centre. 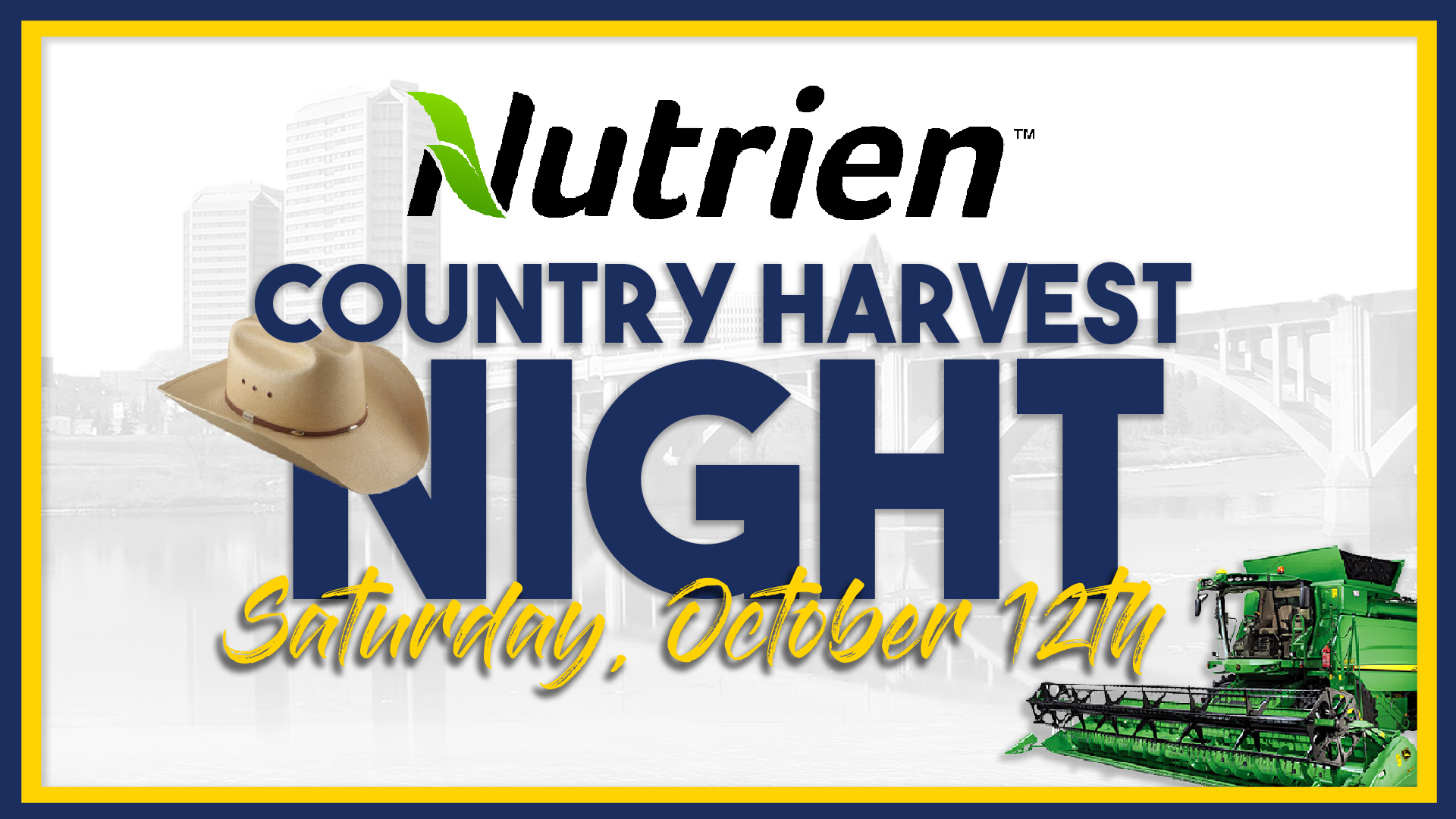