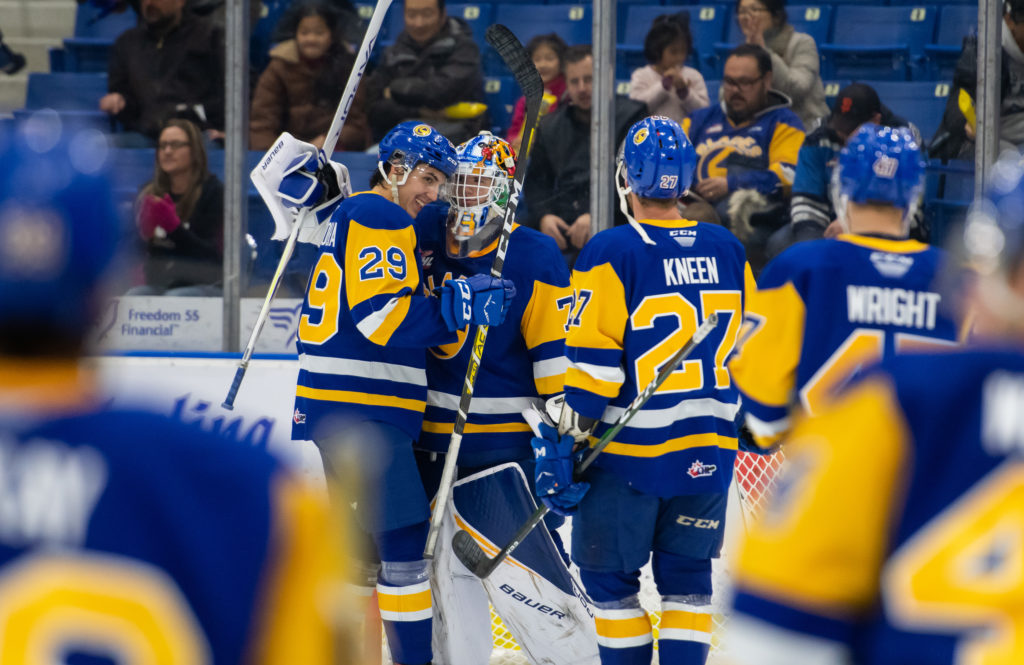 Saskatoon, SK – The Saskatoon Blades have started off their 4 game home-stand on the right foot as they took down the visiting Red Deer Rebels 3-1 on Friday night in Saskatoon.

Eight different Blades recorded at least a point and it was Matej Toman as the lone Blade with a multi-point night, his first with Saskatoon in his debut for the club. Fellow Czech Radek Kucerik scored his first career Western Hockey League goal while Eric Florchuk notched his 8th goal in nine games.

Saskatoon opened the scoring in the first period as some nice work by the forwards down low turned into a point shot by Radek Kucerik which pinged off the right bar and in for his first career Western Hockey League goal. On the goal the newly acquired Toman got his first point with the Blades as he picked up the assist along with Charlie Wright. Red Deer responded just over 6 minutes later as the first period ended tied. 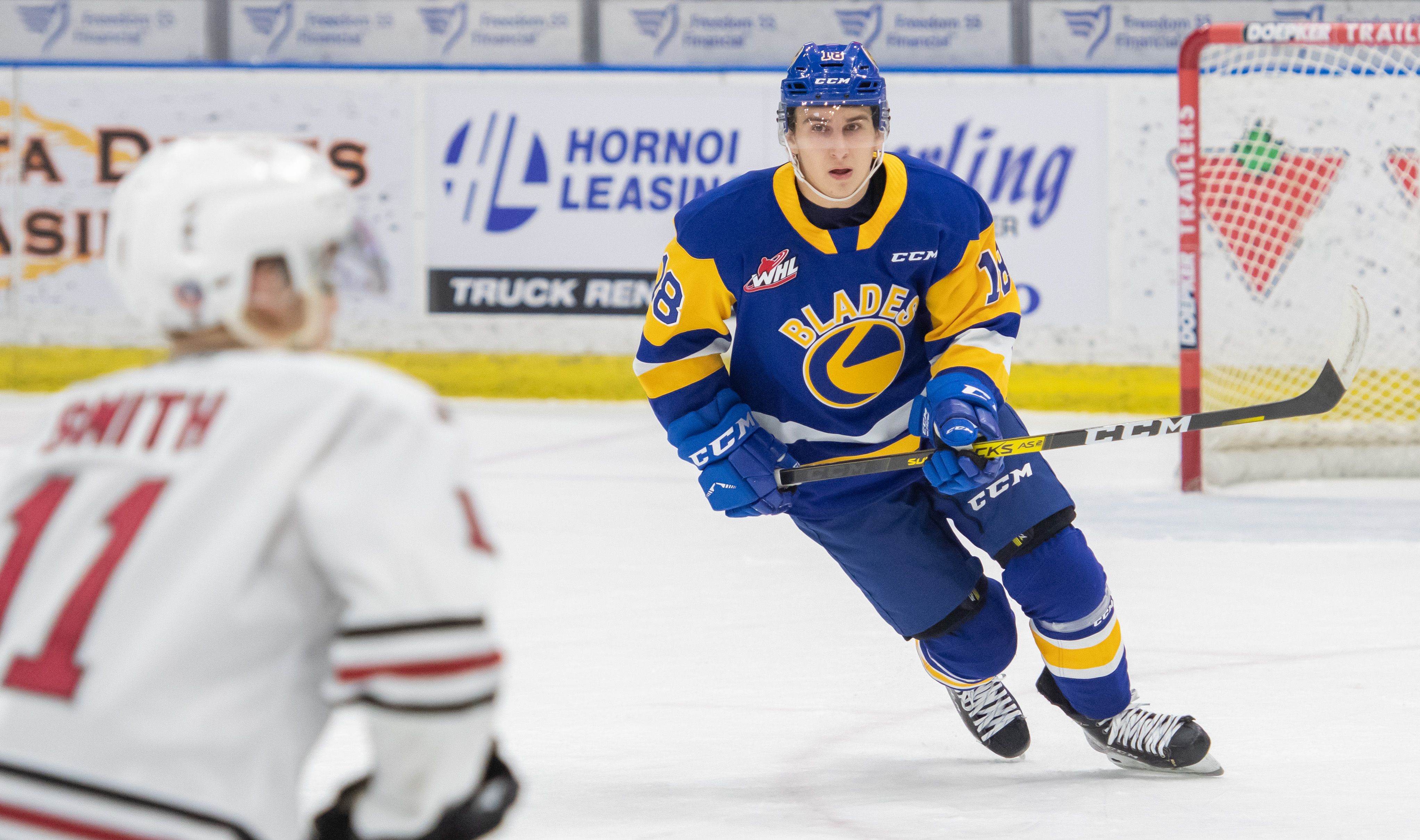 Just three minutes into the second period Saskatoon re-took the lead on the power play. Scott Walford made a cross ice pass to Chase Wouters who drove toward the net and fired. From the rebound Kyle Crnkovic pounced to put the Blades up 2-1. A few minutes later the Rebels were called for too many men and the Blades headed back to the power play. 16 seconds later and Saskatoon created a 2 goal buffer for themselves. Toman fed the puck back to  Aiden De La Gorgendiere who played catch with Eric Florchuk on the point before Florchuk sniped over the glove of the Rebels goalie from the left wing to put the Blades up 3-1. 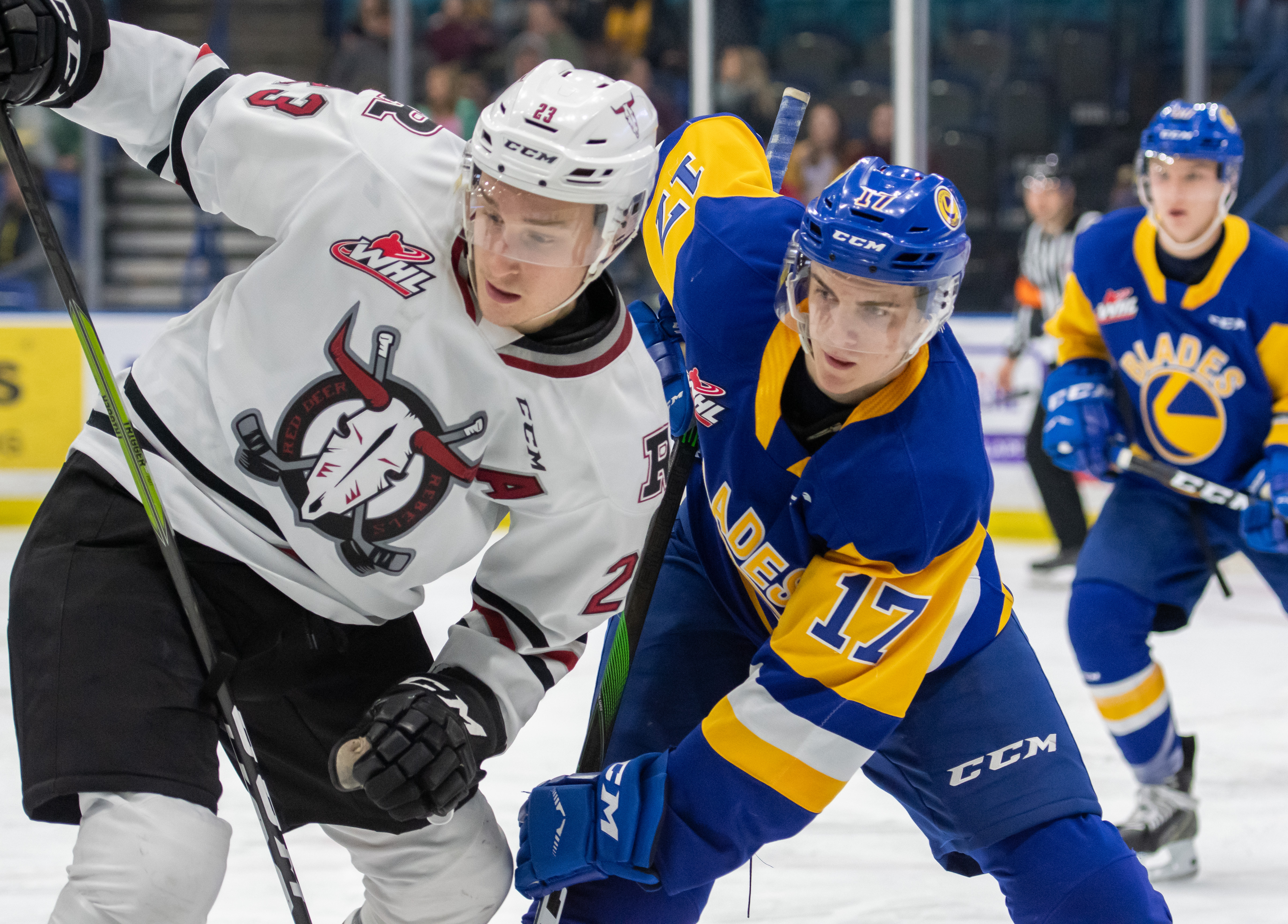 The third period was scoreless as Nolan Maier made several key stops to preserve the win, including all 10 he faced in the 3rd period and a total of 28 for the night.

Saskatoon has a quick turnaround as they host the Brandon Wheat Kings tomorrow night for Salute our Forces Night. 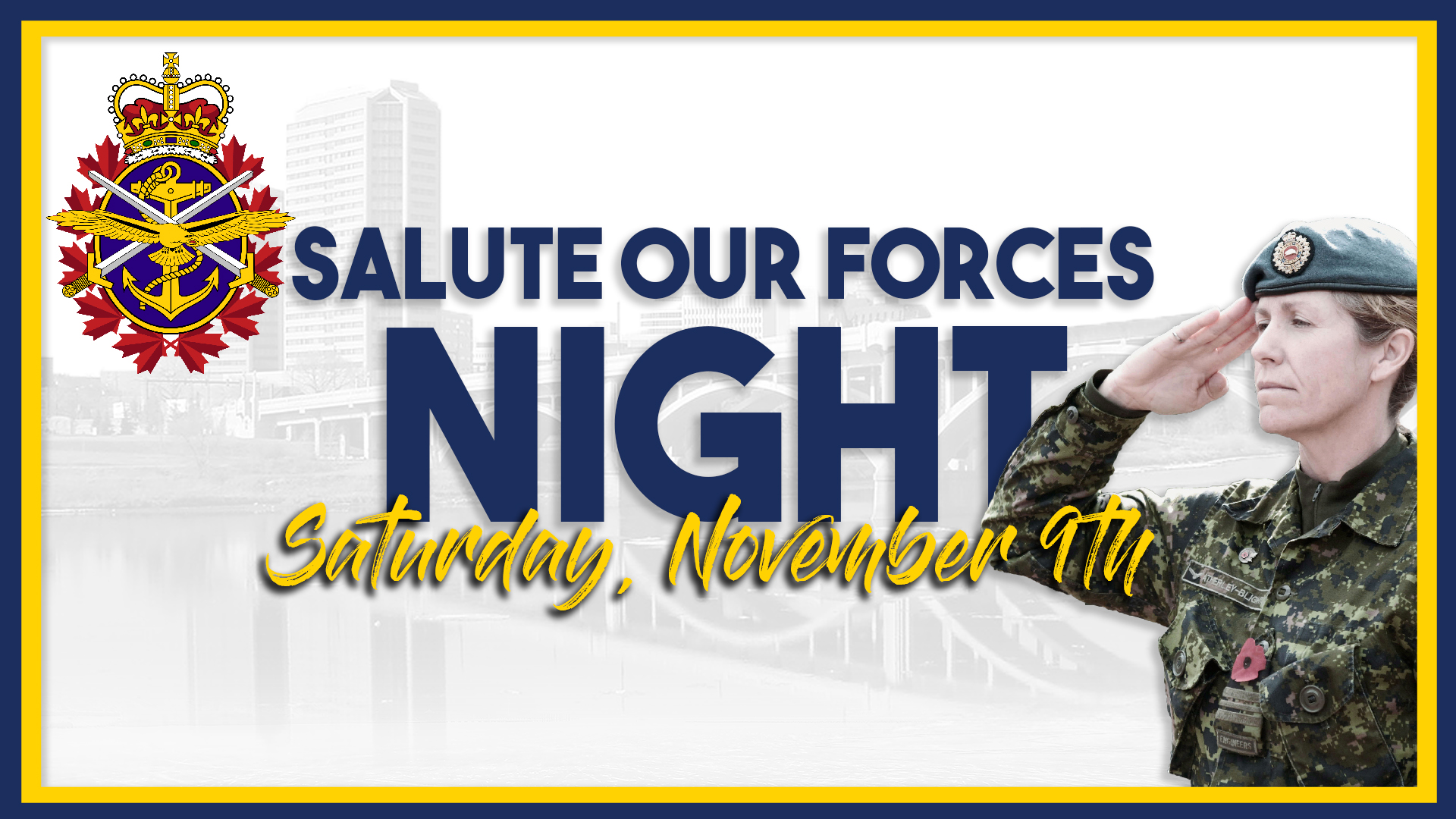