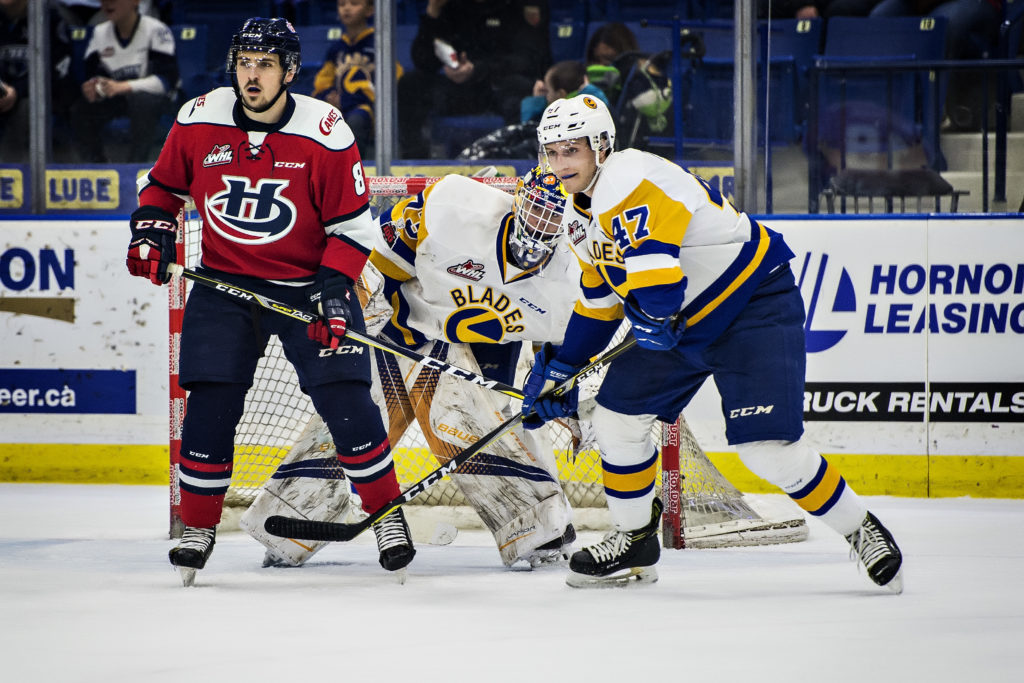 Saskatoon, SK – The Saskatoon Blades ran into a familiar face on Friday night, firing 46 shots on Logan Flodell and still coming up short with a 5-3 loss. Still sitting at 65 points with a 31-30-2-1 record, the Blades are now on the outside looking in sitting 2 points behind the Prince Albert Raiders who won 5-4 in a shootout in Swift Current tonight.

Braylon Shmyr scored his 34th goal of the season on former Blade Logan Flodell to open the scoring, giving the Blades a 1-0 lead at 10:02 int he first period. Shmyr deked outside around the last ‘Cane defender back, going wide before pulling in toward the net tightly and scoring top-short-side. He was assisted by line-mates Logan Christensen and Bradley Goethals.

Braylon Shmyr showing no respect for his old teammate going short side ROOF to make it 1-0!!

The first period ended with a scuffle resulting from a post-whistle shot on net by Gage Ramsay. Lethbridge took exception and went after Ramsay while Captain Evan Fiala hopped in to protect his teammate. As a result, the Blades started the second period short-handed as Fiala was slapped with a double-minor for roughing. The Hurricanes took full advantage, scoring 49 seconds into the second period on the power play before taking a penalty of their own to nullify the second two minutes of Fiala’s penalty.

After another tripping penalty to Lethbridge and a goaltender interference penalty to Kirby Dach, the teams were sent to four-on-four hockey where Taylor Ross sniped in his 20th goal of the season past Nolan Maier giving the Hurricanes their first lead of the match.

Lethbridge’s lead did not last as Bradly Goethals tied the game back up for the Blades at 10:18 of the second period. Breaking out of the defensive-zone on an odd-man-rush, Dawson Davidson carried the puck wide to the right wing of Saskatoon’s offensive zone before dishing the biscuit off to Goethals in the slot. Logan Flodell made the initial save only for it to spill back out in front where Goethals collected his own rebound and scored his 15th of the season. The scores then stayed level at 2-2 after 40 minutes of spicy hockey action.

Davidson sets up Goethals and Brad collects his own rebound to tie the game at 2-2!

With yet another power play opportunity in the final frame, the Blades coughed up an odd man rush and Lethbridge Captain, Jordy Bellerive, streaked into the Blades zone and elected to take the shot himself. Bellerive’s 44th of the season gave the visiting Hurricanes a 3-2 lead.

Minutes later Eric Florchuk shovelled in a rebound to get the Blades back in the game midway through the period. Jackson Caller and Seth Bafaro assisted on Florchuk’s 14th, but that would be it for the Blades offense. Jake Elmer went on the score a pair of goals including an empty net dagger that finished off the Blades.

Former Blade Logan Flodell stopped 43 shots to earn 1st star honours. Brad Goethals had a goal and an assist to get 2nd star, and Jake Elmer’s pair rewarded him with 3rd star honours.

A tall task is up next for the Blades who will travel to Moose Jaw on Saturday night for their final meeting of the season with the Warriors. Next home action is Tuesday when the Blades welcome the Edmonton Oil Kings. 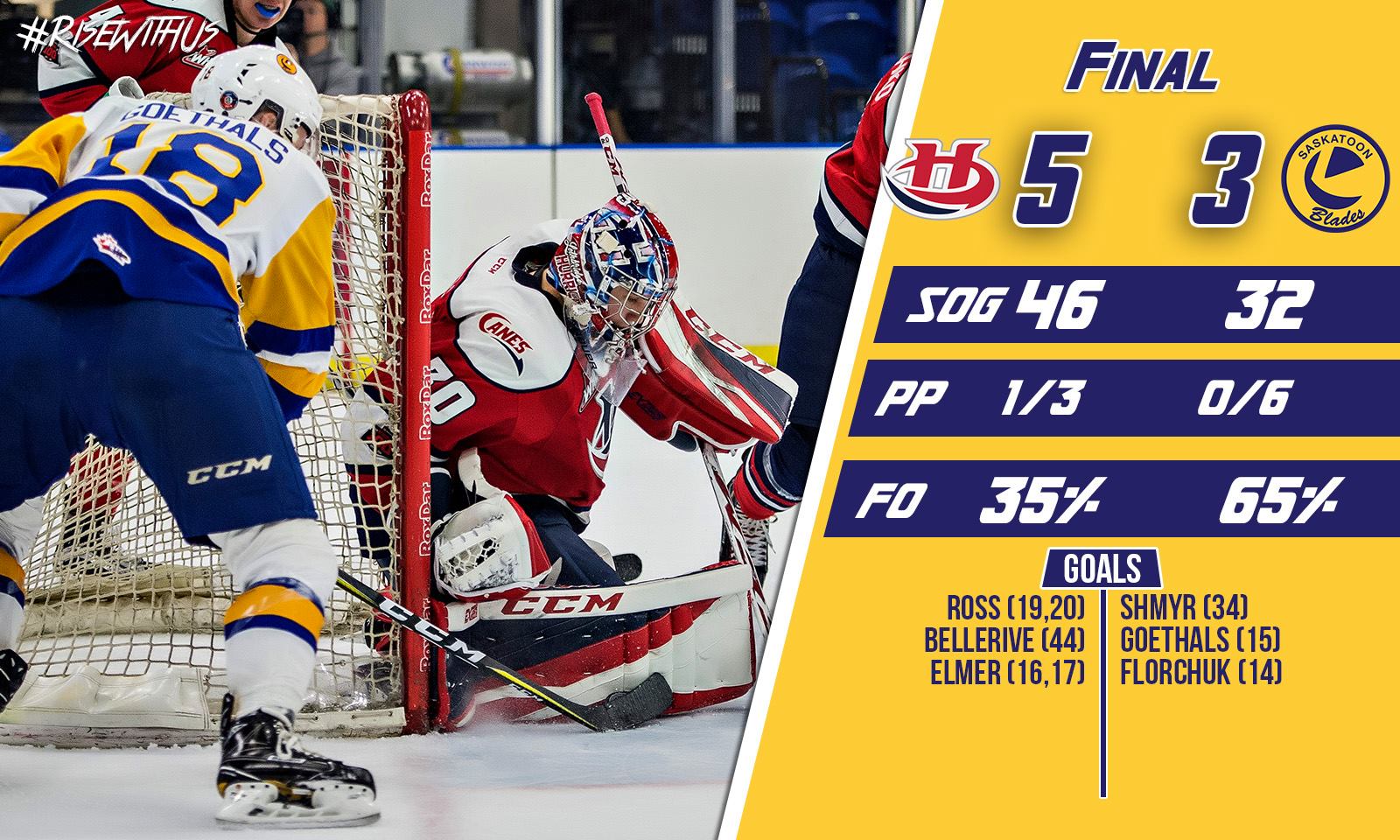