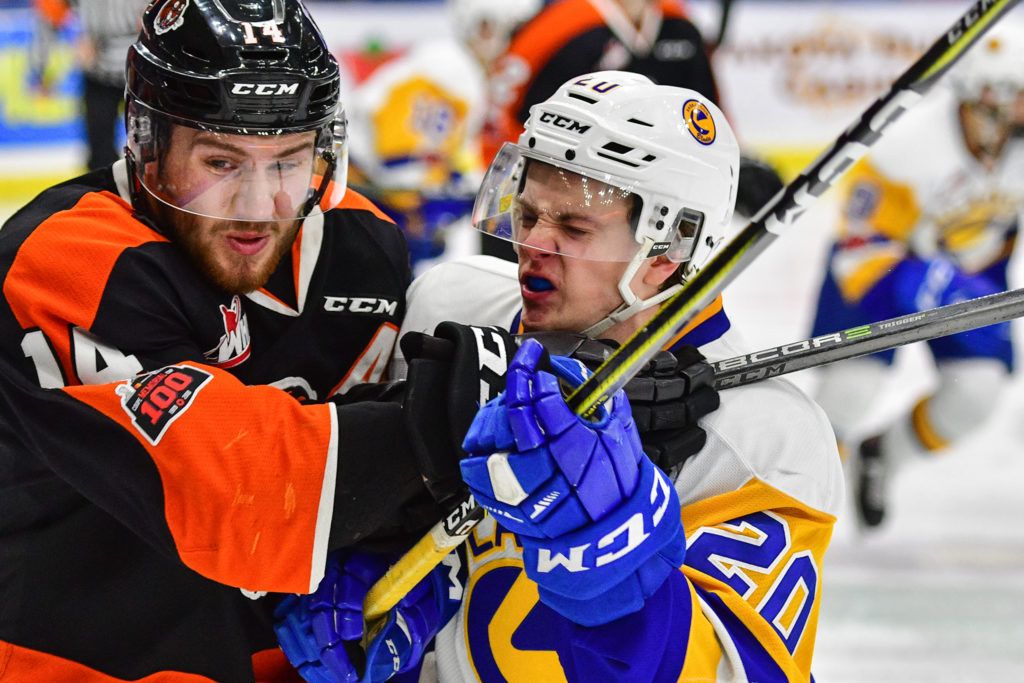 Saskatoon, SK – The final headline for the Saskatoon Blades on trade deadline day unfortunately is not a victorious one after falling 3-2 to the Medicine Hat Tigers at SaskTel Centre on Wednesday night. The loss is the 2nd in a row for the Blades, the first time the club has lost back-to-back games since December 5th and 9th. The Blades now sit one point behind the Regina Pats with a 21-19-2-1 record and currently occupy the second wild card spot in the Eastern Conference.

Not having played since Sunday in Manitoba, the Blades started their night slowly and Medicine Hat took advantage scoring through Gary Haden less than two minutes into the match. Four minutes later and the Tigers struck again to set the score at 2-0. This time it was Bryan Lockner scoring his first goal as a Tiger after being traded from Regina earlier in the day via the Blades.

They took their time, but the Bridge-City-Bunch woke up. Chase Wouters, with the puck down low, found Josh Paterson in the slot with a pass then split between the Tigers’ players. Paterson let rip his shot which hit Medicine Hat’s tender Jordan Hollett square in the mask and spilled down in front of the goal crease. There, Braylon Shmyr struck, collecting the rebound and scoring his 22nd goal of the season from close range.

Having managed to halve Medicine Hat’s lead at 2-1, the Blades went into the first intermission chasing on the scoreboard and chasing in the shot-count 16-7.

The second period went scoreless as the sides exchanged power play opportunities while the Tigers continued to lead in the shot count 29-18 at the final change.

Despite closing the shot count, the Blades were unable to solve Hollett in net for Medicine Hat. The Blades got trapped in their own zone after killing off a Tigers’ power play and were unable to regain possession to clear the zone. The troops stuck on the ice battled off many close calls and none stood more defiantly than Saskatoon netminder Nolan Maier, but the pressure of the Cats’ attack was overwhelming and eventually cracked the tired Blades.  David Quenneville’s booming shot from the top of the left face-off circle found it’s way through traffic and set the score at 3-1 with 7:29 left in the game.

Chase Wouters added a late goal with 13 seconds left on the clock and Nolan Maier on the bench but it was too little to late for the Blades.

It was a busy night for Nolan Maier who faced 46 shots and turn away 43 to earn 2nd star honours. Both Braylon Shmyr and Josh Paterson got on the scoresheet to extend their personal streaks to 9 games, while Chase Wouters posted his second consecutive two point outing.

The Blades will now practice and prepare for a three game road swing through the Central Division beginning on Saturday in Red Deer. 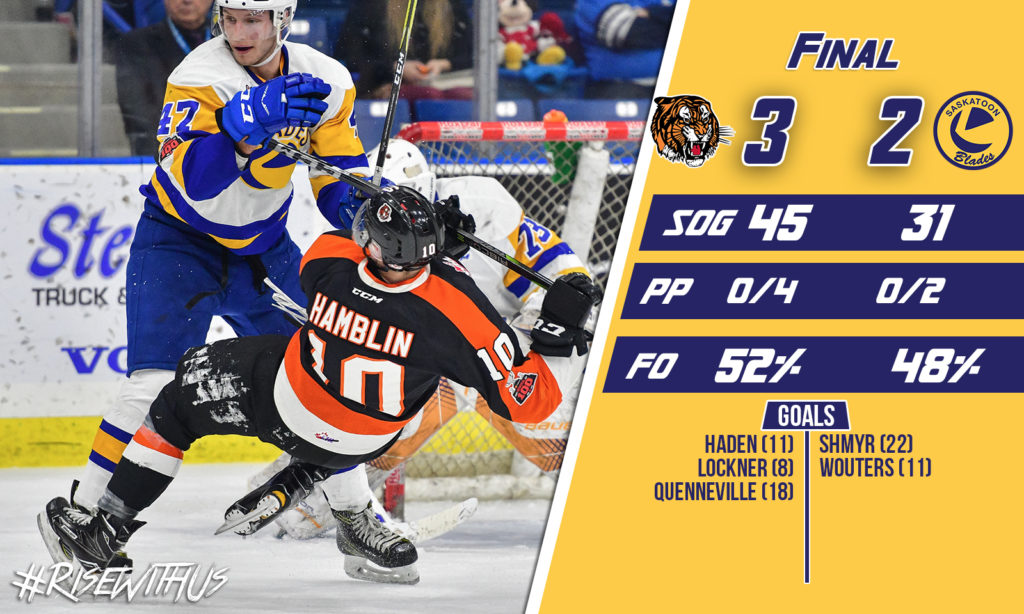 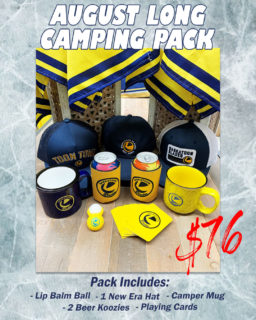