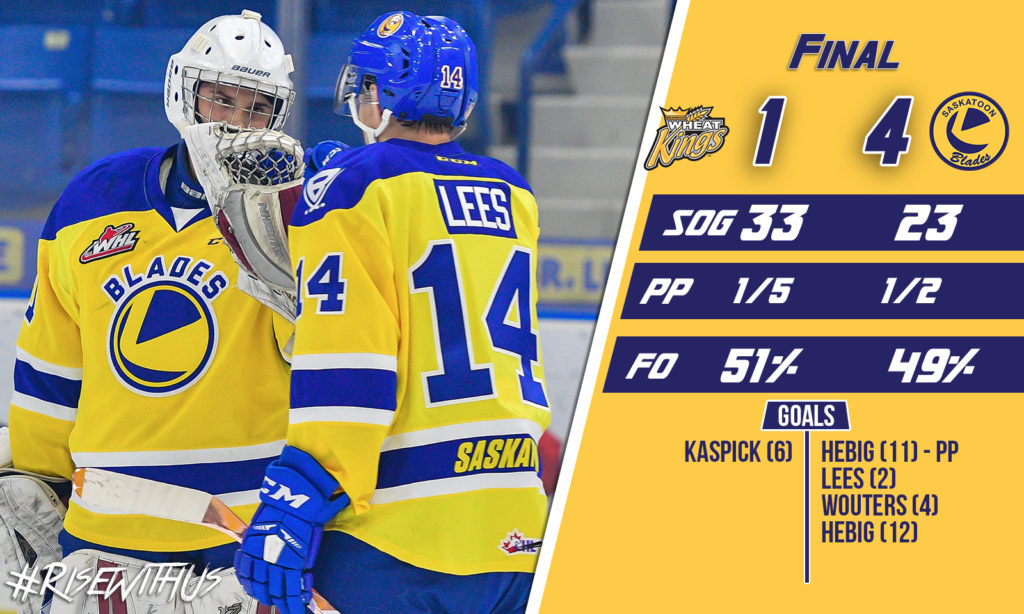 Saskatoon, SK – For the second straight night the Saskatoon Blades scored four goals to beat a division rival, this time a 4-1 final over the visiting Brandon Wheat Kings. The win improves the Blades’ record to 5-7-1-0 on the season as they prepare for a three game road trip through Alberta next week. 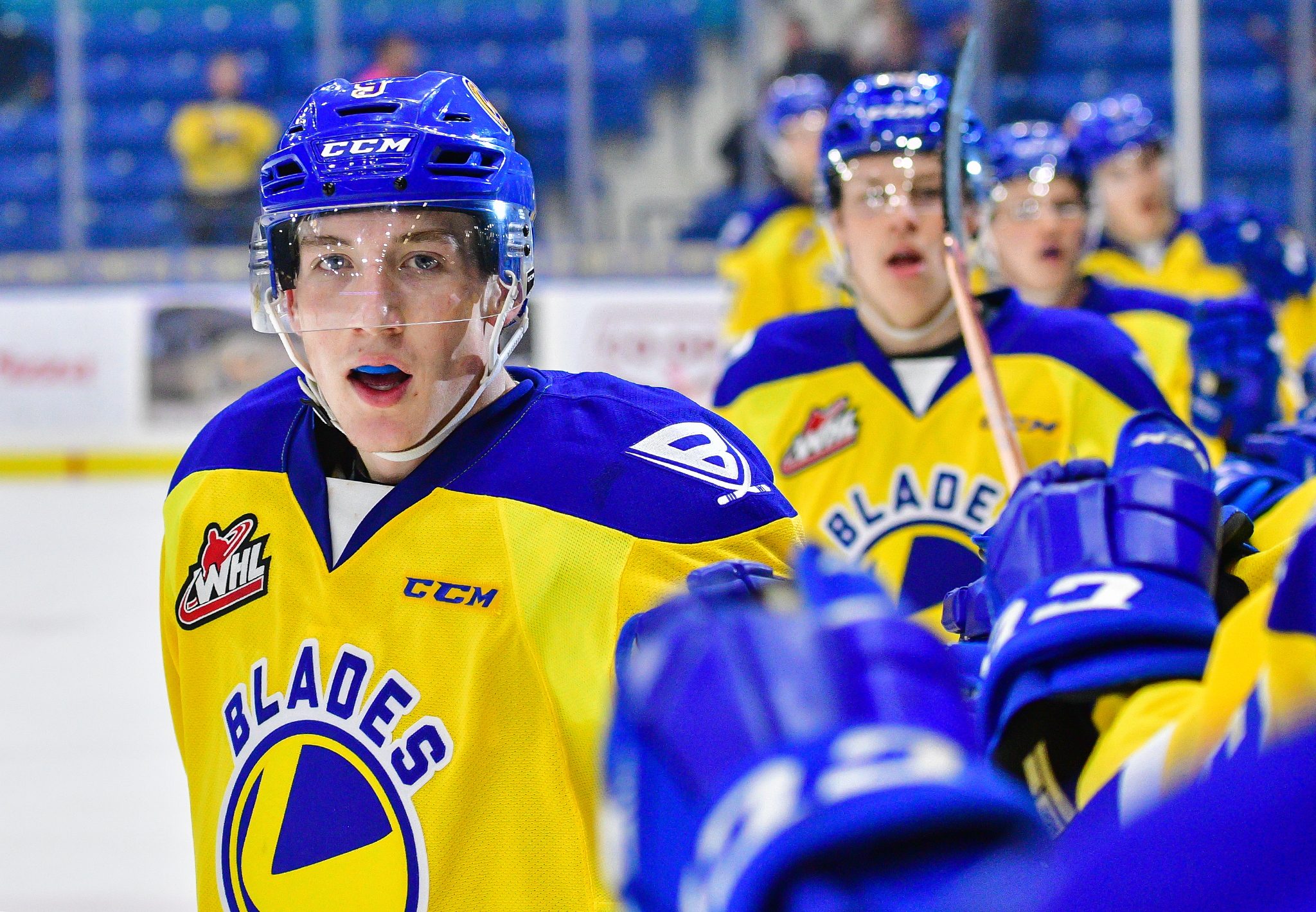 Coming off a hat-trick performance on Friday night, Cameron Hebig kept up his rabid pace with another two-goal night. Hebig opened the scoring for Saskatoon 15:07 into the first period on the power play. Braylon Shmyr and Brad Goethals added the assists. Two minutes later the Blades would strike again, this time coming from rookie Tyler Lees. The 17-year-old Regina native made his season debut for Saskatoon last night and did not disappoint scoring the game winning goal. Tonight, Lees finished off a pretty passing play set up by his line mates Michael Farren and Dryden Michaud, giving Lees two goals in his first two games of the season.

In the middle frame, Brandon pressured to get on the board but had no such luck thanks to the stellar play of Ryan Kubic. The Blades net minder allowed his club room to breathe and get back to offense. Chase Wouters increased the lead to 3-0 with his 4th goal of the season. Wouters one-timed a puck that caromed off the end boards through the five-hole of Logan Thompson; Arjun Atwal and Lukus MacKenzie picked up the helpers on the play. 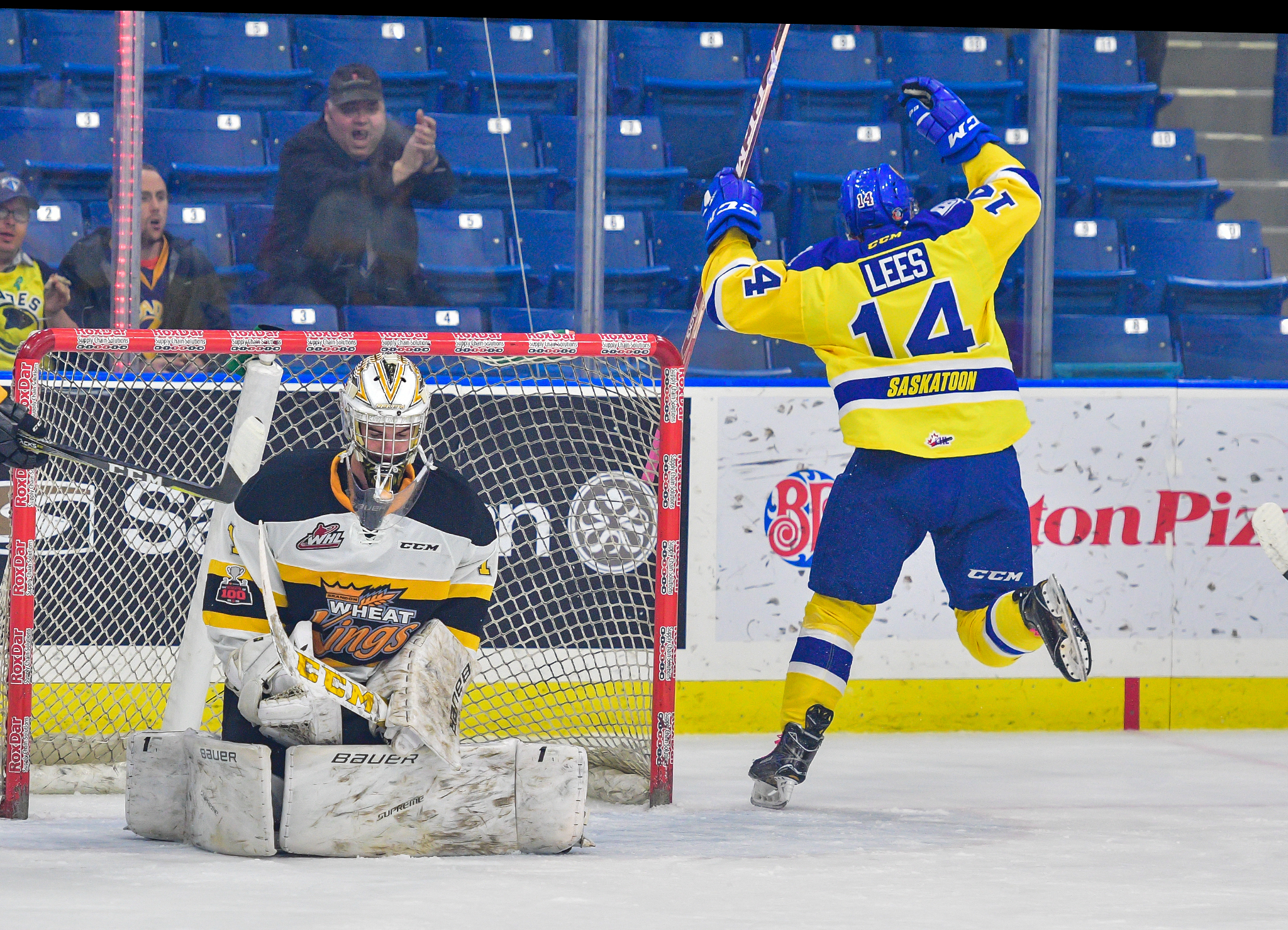 Then with under two minutes to go in the second period, Cam Hebig was at it again forcing his way into a partial break into the Wheat Kings zone. Hebig was taken down but not before sliding the puck under Thompson for his 2nd of the evening, 5th of the weekend, making 4-0 Blades after 40 minutes.
The third period saw Ryan Kubic shut the door on 13/14 shots faced. Brandon eventually broke through in the final minute with a power play goal as a result of a mad scramble in front of the net to spoil Kubic’s shutout bid. But most importantly for Kubic and the Blades was the 4-1 victory- the first back-to0-back wins of the season for Saskatoon. 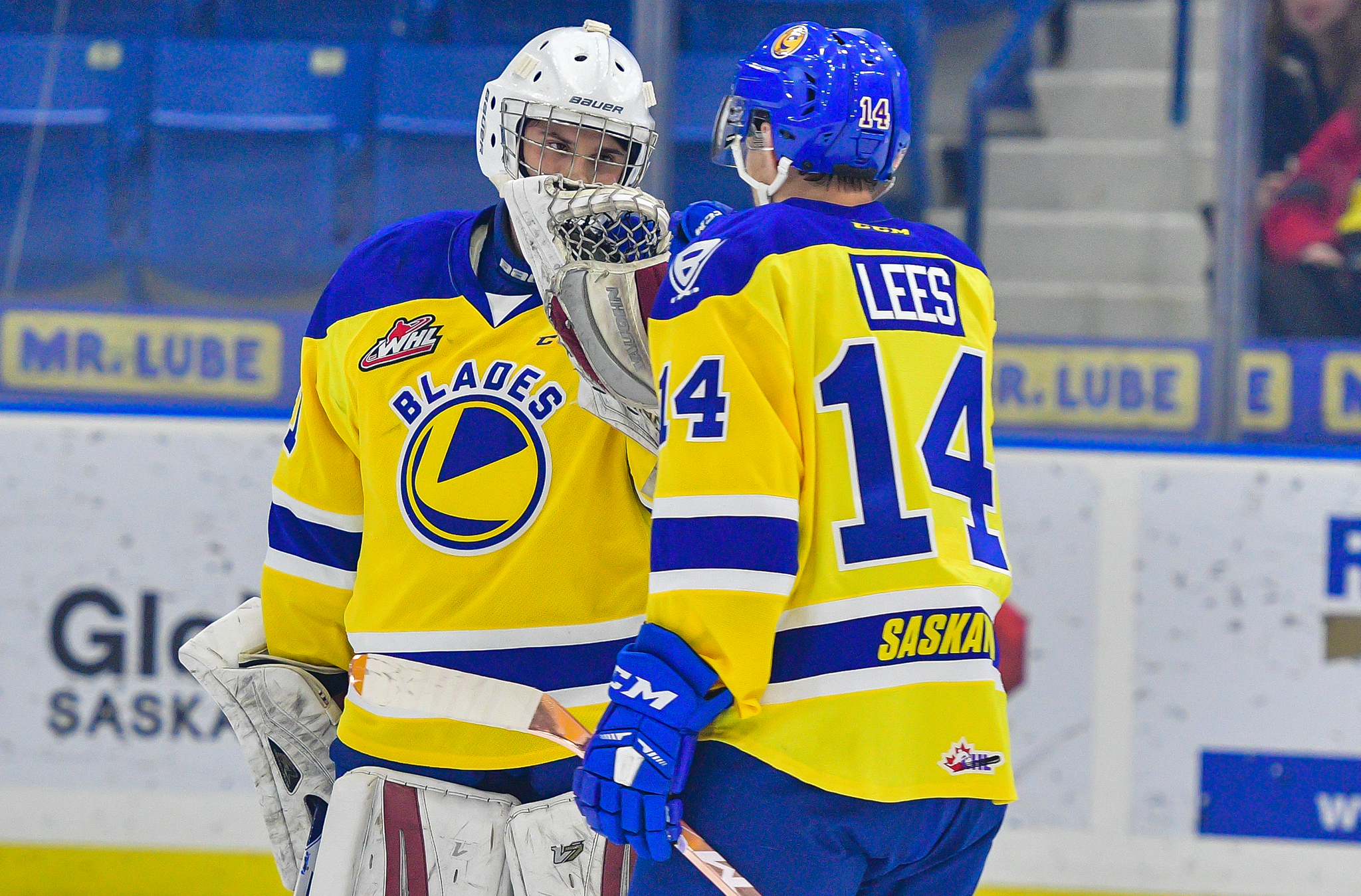 Saskatoon went 1/2 on the man advantage while limiting the top power play unit in the WHL to just one goal on 5 attempts. Ryan Kubic earned 1st star honours for the second consecutive game thanks to a 32 save evening of work. Cam Hebig was the game’s 2nd star with 2 goals and Libor Hájek picked up the 3rd star for his shut down efforts on Brandon’s top offensive weapons.

For the second straight night, Brad Goethals posted 2 assists and Dryden Michaud extended his point streak to three games with an assist.

The Blades will now embark on a three game trek through the Central Division making stops in Lethbridge, Medicine Hat, and Edmonton.

The next Blades home game is Friday, November 10th for Salute our Veterans and Forces Night versus the Swift Current Broncos. Click here for tickets or call 306.975.8844 to book your group night or experience package!