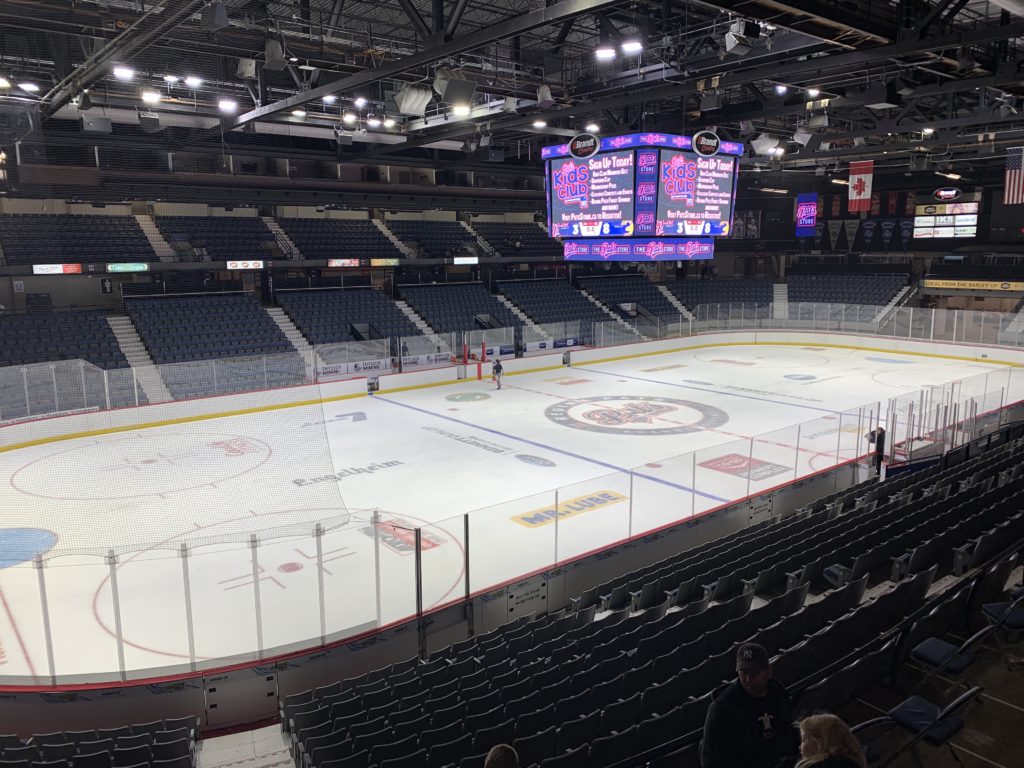 Regina, SK – A slow starting Blades outfit offensively exploded in the second period en route to a 8-3 win against the Regina Pats on Friday night. The high scoring affair saw both clubs ice a mix of young and experienced players, with Saskatoon’s rookies tallying five of the Blades’ goals.

Both Shugrue and Dach finished their evenings with three points apiece. Shugrue, a Los Angeles Jr. King last season, started the scoring for the rooks, bouncing a shot off a Regina defender and in. He later added two assists for the night. After playing two Pre-Season games for one assist last year, Colton Dach broke through in his first outing of 2019, scoring twice and also earning an assist.

Smith, the Blades’ second round selection at the 2019 WHL Bantam draft, scored a slick five-hole goal following a nifty deke around his defender at the blueline. Big Czech defender Radek Kucerik also scored in his first outing as a Blade. Selected by Saskatoon at the 2019 Canadian Hockey League Import Draft, the 17-year-old Kucerik ringed a shot from the point off the crossbar and in.

The Blades returning from last season were also active on the scoresheet, as Kyle Crnkovic’s first period goal ensured Saskatoon went into the first break level with The Pats. Crnkovic (1G-1A), along with Chase Wouters (1G-1A), Cyle McNabb (2A), Aidan De La Gorgendiere (2A), Nolan Kneen (1G-1A) and Zach Huber (3A) all had a multipoint  evening in Regina.

Nolan Maier played the entire 60 minutes, turning aside 37 of the Pats’ 40 shots, good for a .925 save percentage.

That's a wrap from Regina, Blades earn their first Pre-Season victory of 2019. pic.twitter.com/bYRsHvGlKh

The Saskatoon Blades will be in action again on Saturday, August 31st, against the Moose Jaw Warriors. Puck drop is at 3:00pm at the Brandt Centre in Regina.