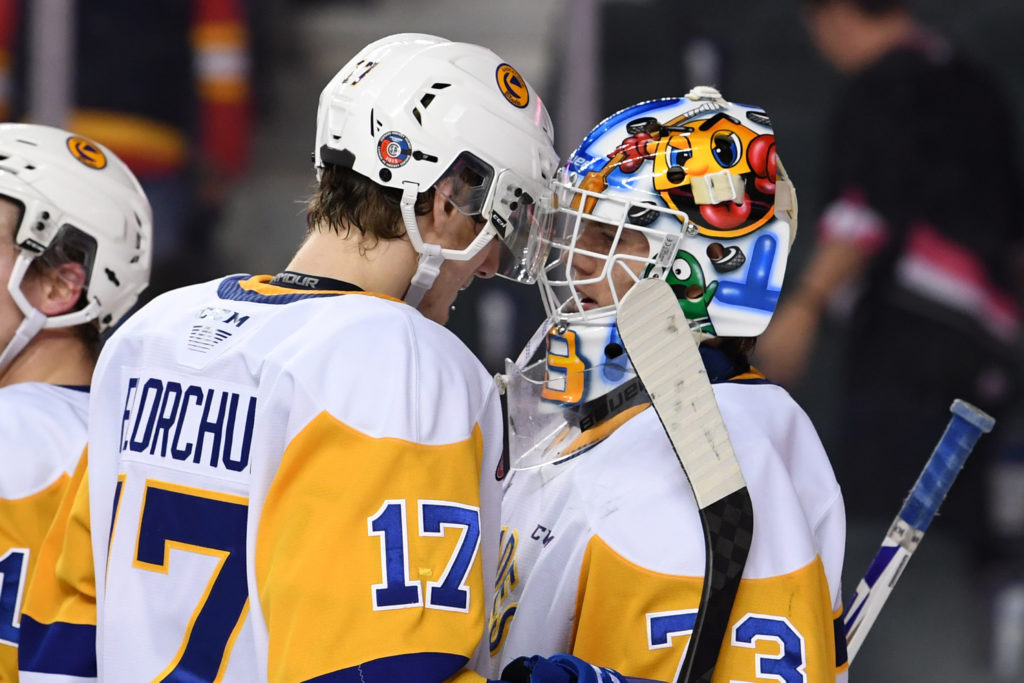 Calgary, AB – The Saskatoon Blades have split their weekend trip in Alberta by taking two points from the Hitmen in Calgary on Saturday night.

The Stoon Squad backed-up a strong performance in Edmonton on Friday night where they didn’t get the desired result with another solid game in Calgary – and this time their hard work paid dividends.

The visiting team opened with a strong road period as Tristen Robins put Saskatoon up 1-0 with his 6th goal of the season. Robins cleaned up a big rebound created by Kyle Crnkovic on the power play. Scott Walford also extended his point streak to five games (1G-4A) with an assist on the play.

With an 🍎 on Robins' 6th goal of the season, Walford extend his point streak to 5 games (1G-4A) #BladeCity pic.twitter.com/yD1kXR1hx7

The Hitmen would tie the game in the second period, leaving the game there for the taking by either side in the final frame.

Saskatoon struck first in the final 20 minutes of play and jumped back out to a one goal lead as Eric Florchuk notched an unassisted goal. His shot from point-blank ricocheted off of a couple of Hitmen and into the back of the net for his 7th goal of the season. 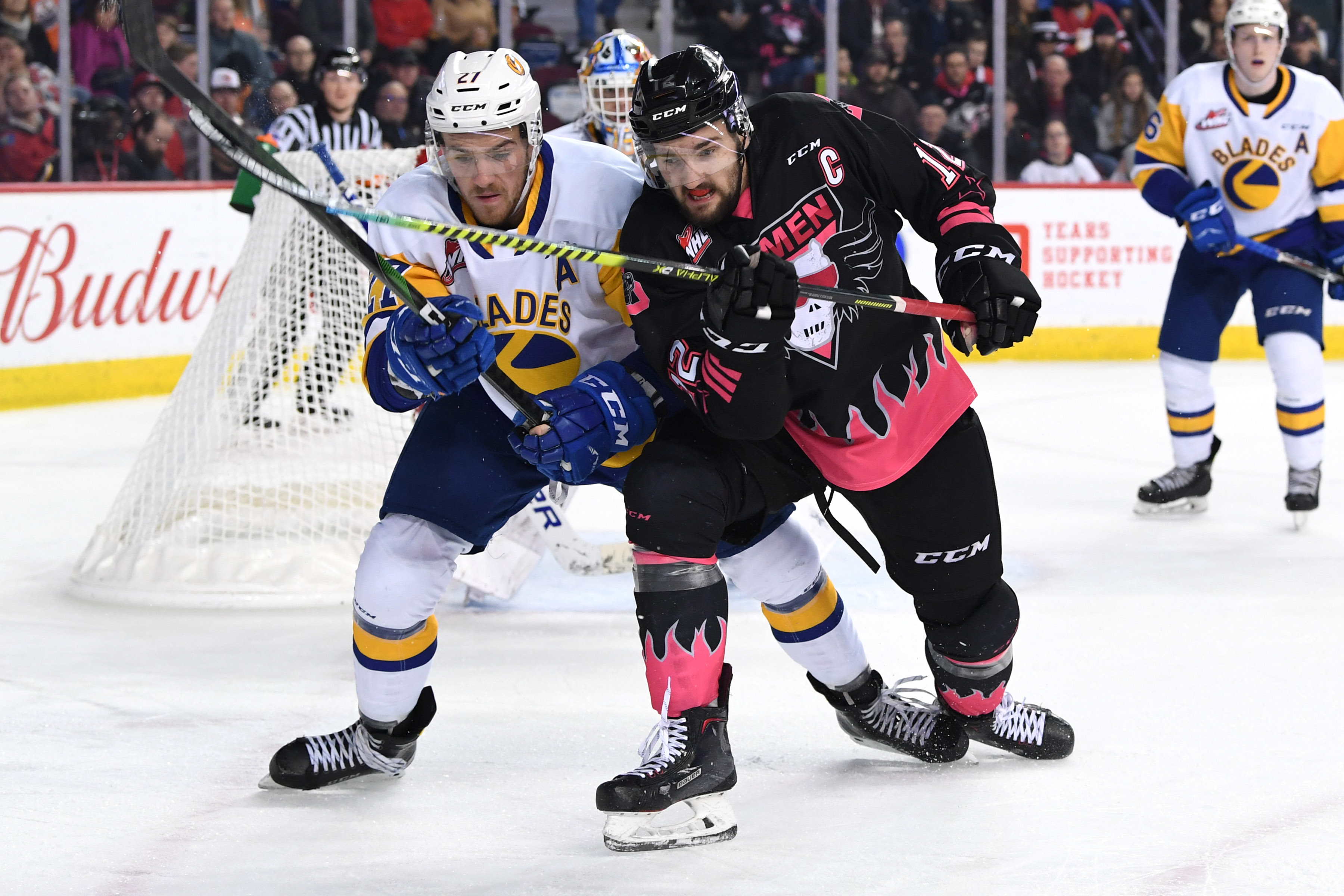 Yet once more Calgary found a way to equalize, this time through their captain Mark Kastelic right in the slot.

A similar fate to the previous night loomed for the Blades, however the visitors resolved and retook the lead just over two minutes later by converting on a rush. Aidan De La Gorgendiere & Robins linked up to find Florchuk in the slot where he sniped his second of the night, and fifth at the Saddledome this season, to put the Blades ahead 3-2.

An absolute snipe by Florchuk for his 8th of the season and his 5th at the Saddledome this season. #BladeCity pic.twitter.com/iZmLwaQ7rO

The score wouldn’t change from there onward as Nolan Maier, who made 37 saves across the night, shut the door with several key saves in the dying moments of the game.

Maier & Florchuk were honoured as 2nd and 1st Star respectively in the post-game ceremony.

The Blades now return home and are back in action at SaskTel Centre on Friday, November 8th, against the Red Deer Rebels for 90s Night.