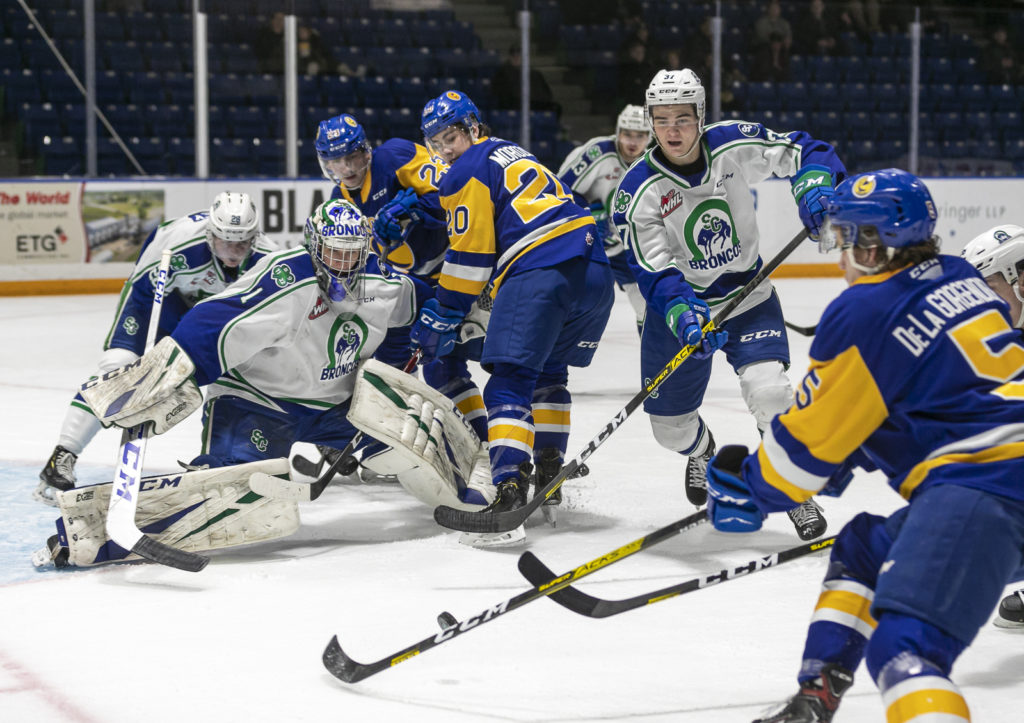 Swift Current, SK – The Saskatoon Blades bested the Swift Current Broncos with a five goal differential for the second night in a row on Saturday evening, leaving the Credit Union iPlex with a 7-2 victory and two points for the standings.

Saskatoon picked up right where they left off after their 5-0 win against the Broncos on Friday night, striking first on Saturday night through captain Chase Wouters who scored his 19th of the campaign to set a new career high in goals scored. He was assisted by Scott Walford, who notched his 150th WHL career point on the play.

Next to join the scoresheet was one of the hottest forwards in the league, sophomore Tristen Robins with a highlight reel goal. He was assisted by Kyle Crnkovic and Koen MacInnes.

TRISTEN ROBINS ARE YOU SERIOUS?!

The first period would end with the Blades up 2-0, however the Broncos would halve the visitors lead early in the second.

Saskatoon then jumped out to a 4-1 lead courtesy of goals from Martin-Fasko Rudas, who scored from his knees, and Alex Morozoff – the sixth goal of their seasons respectively.

Swift Current would score before the second period ended, once more halving the Blades lead and setting the score at 4-2 Saskatoon before the final frame.

The third period was all down-hill skating for the boys in blue as they piled on three more goals to cement the win. 17 seconds in and Robins sped past the Broncos’ blueliners to feed Crnkovic right in front, giving them both three points for the night (1G-2).

Then, Aidan De La Gorgendiere tickled the twine twice – once on the rush and then again walking the line at the point. The goals gave De La Gorgendiere his first Western Hockey League multi-goal game and a career best performance with his first three point night in the WHL.

The Blades are back in action at home on Friday, January 24th, against the Medicine Hat Tigers.

Nominate your hero to be recognized at our game on January 25th and they could win four tickets to the game and drop the ceremonial puck! 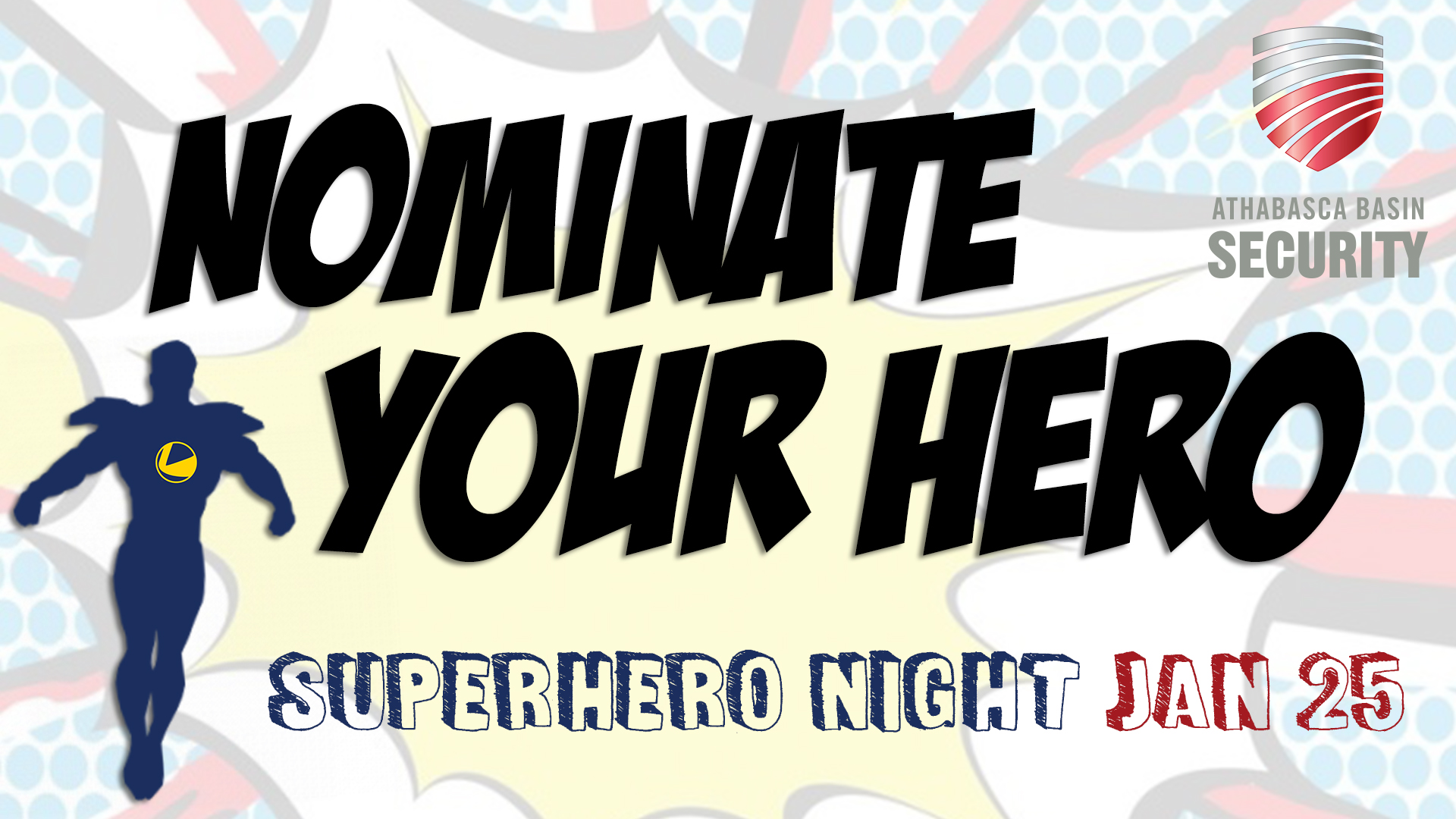