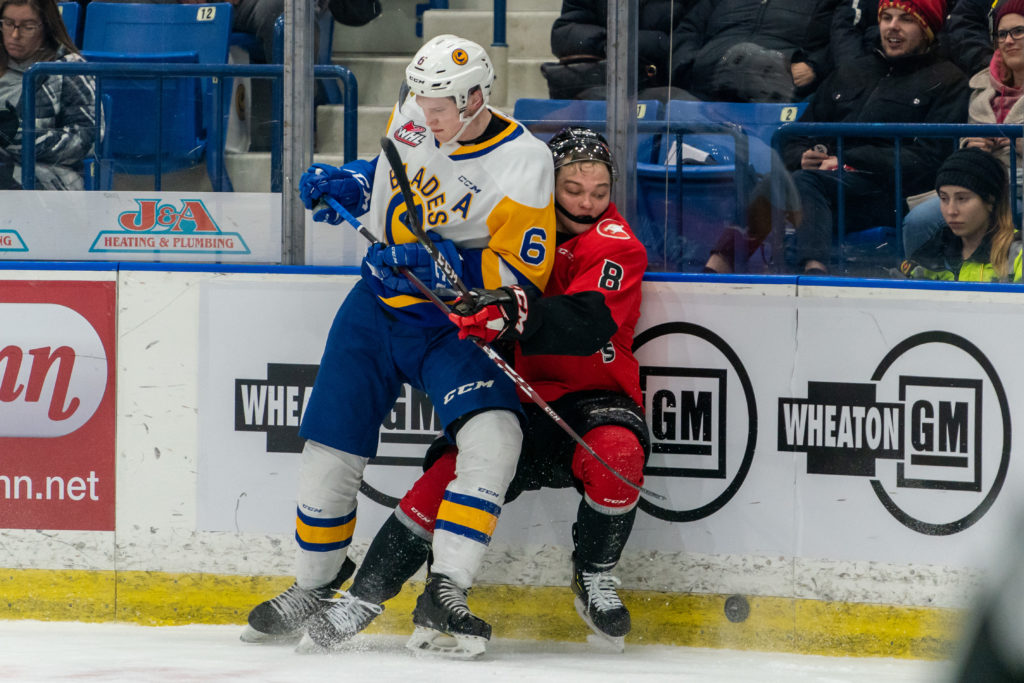 Saskatoon, SK – The Saskatoon Blades were unable to extend their winning streak to three as they lost to the Prince George Cougars 4-1 on Saturday night.

Martin Fasko-Rudas made his Blades debut and chipped in with a well earned assist on the back-check. Meanwhile defenceman Rhett Rhinehart had a quick turnaround by following up his first game as a Blade last night with his first game against the Cougars, the team he was traded from.

Both teams were playing their second game in as many nights and that showed immediately to start the game, especially on the shot clock where the Cougars didn’t get their second shot on net until the 6:17 mark of the first period.

Prince George had a first period goal immediately waved off for being tipped in with a high stick. The Blades had a power play opportunity but were unable to capitalize with the opening period’s shots finishing 8-5 Saskatoon.

The Cougars started the second with 1:14 of powerplay time but like the Blades did not find success. The Cougs’ followed it up with another power play a few minutes later and were able to convert to open the scoring. Saskatoon continued to battle and got a power play of their own as Tristen Robins got a good chance in tight but was stopped to see the second frame end 1-0 for the visitors.

The Blades opened the final term by killing another PG power play and followed it up by tying the game. Fasko-Rudas back-checked and stripped a Cougars player of the puck before quickly turning on a point and heading back into the offensive zone. There he found Robins open on the left wing who one timed his in 15th of the year to tie the game.

Saskatoon then had a chance to take the lead a few minutes later as Kyle Crnkovic got a short-handed breakaway but couldn’t solve Prince George’s netminder Taylor Gauthier. The Cougars then re-took the lead and added some insurance before finding the back of the empty net to end the game 4-1 despite being outshot by Saskatoon 30 to 21. 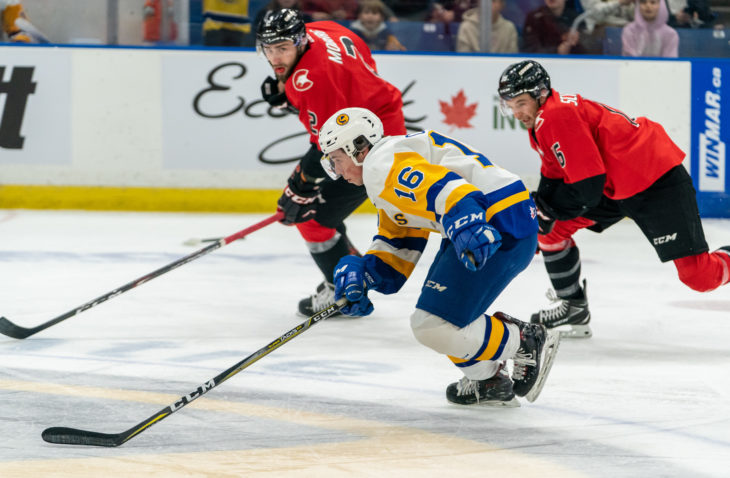 The Blades will now have five days between games, with their next game on January 17th for their first encounter with the Swift Current Broncos for the 2019-20 season. Doors open at Sasktel Centre at 6pm for a 7pm puck drop.