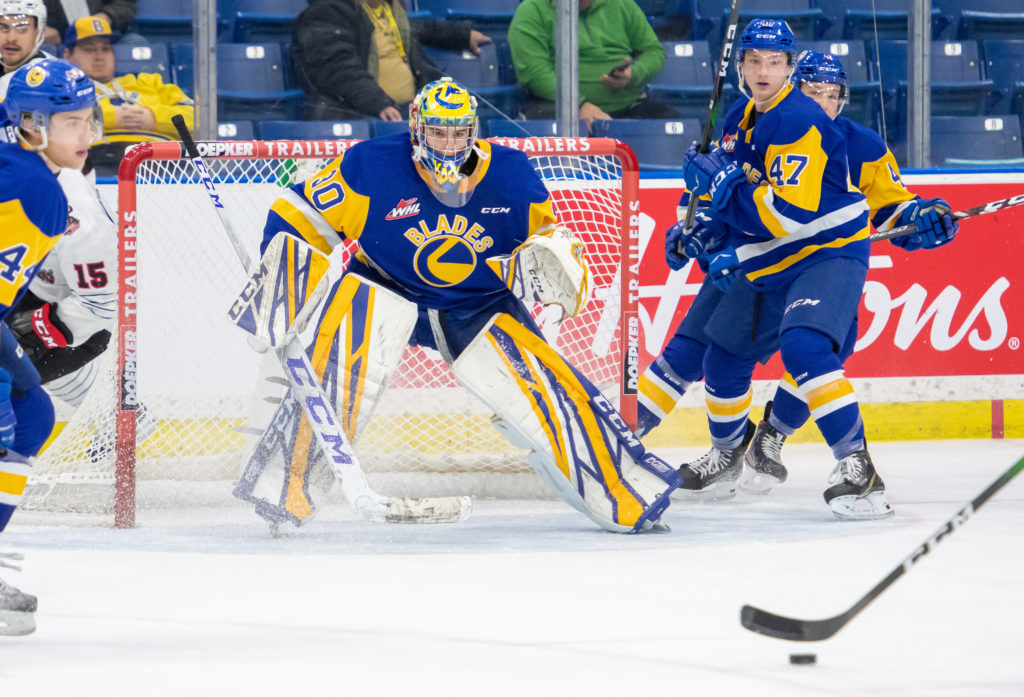 The Blades, juxtaposing with their low shot-count on Saturday night, exploded offensively to outshoot the Warriors 49 to 20 over the course of the game en route to a 4-0 win. The final score may have read six or more Saskatoon had it not been for the valiant effort of Moose Jaw’s own goaltender, Adam Evanoff, who stopped 46 of the 49 shots he faced.

Zach Huber’s 2nd period tally, an absolute cannon of a shot, stood as the game winner after opening the scoring 7:17 into the middle frame. He was assisted by Randen Schmidt who battled hard on the wing to maintain possession before feathering a perfect pass to Huber in the slot. Huber would later add another goal to finish the game, an empty netter to set the score at 4-0, and bring his goal total for the season to six.

Huber's absolute bomb is his 5th goal of the season and gives us the lead over Moose Jaw 👏#BladesGameDay pic.twitter.com/NRmXWRhoOT

Tristen Robins’ added some insurance shortly after Huber’s first goal, dangling around his man and sniping truly. He was assisted by Nolan Kneen and Schmidt.

Alternate Captain Riley McKay scored his 10th goal of the season, giving Saskatoon a three goal lead, with just under five minutes left on the clock. Chase Wouters picked up the assist on the goal.

MacInnes and Evanoff respectively took 1st and 2nd Star honours in the post-game ceremony, while Schmidt earned 3rd Star with arguably his best performance of the year.

The Blades have won four of their last five games and earned six of a potential eight points during their latest four-game home-stand.

Saskatoon will now travel to the United States of America for their biennial U.S. Division road trip. Their first stop is in Spokane to face Riley McKay’s former team. Puck drop is at 9:05pm CST on Wednesday the 20th.