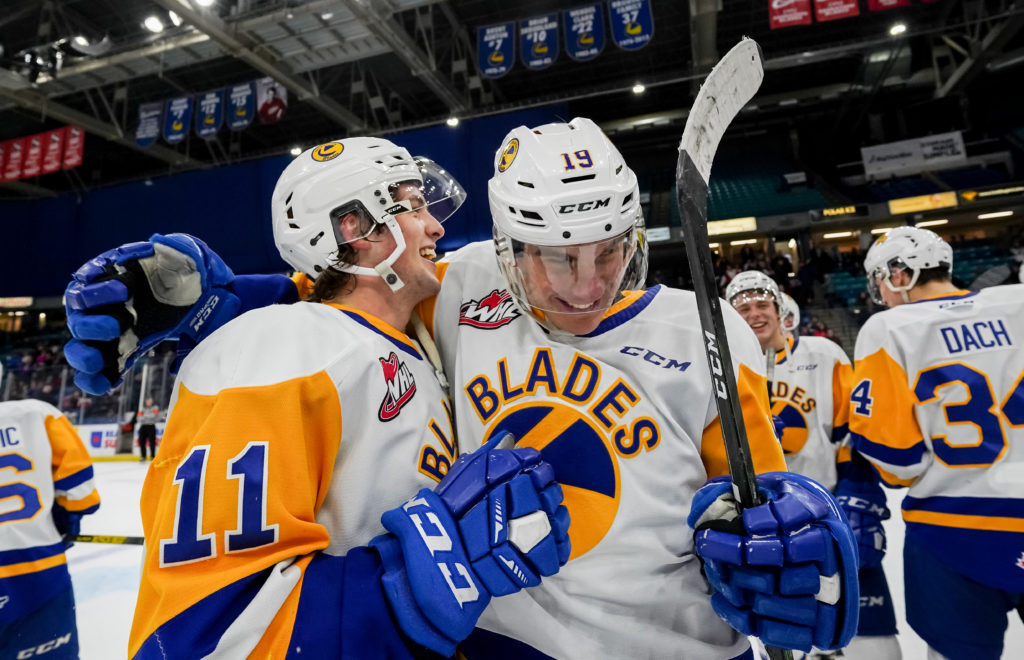 Saskatoon, SK – Tristen Robins was the overtime hero as the Saskatoon Blades beat the Moose Jaw Warriors for the second time in as many days by a final score of 4-3 on Sunday afternoon in SaskTel Centre.

A pair of Blades’ defenders picked up milestones as Nolan Kneen played in his 300th career game and Aiden De La Gorgendiere played in game 100.

The Blades wasted no time getting on the scoreboard as Koen MacInnes redirected a puck to Radek Kucerik who then found Evan Patrician on the rush, firing home his fourth of the season to put to Blades up one. Moose Jaw would reply and tie the game but Saskatoon responded to get their lead right back on the power play. Scott Walford worked it around up top and found Robins to feed Martin Fasko-Rudas. The Slovakian forward then one-timed home his 11th of the season, from the slot, to put the Blades up 2-1 after one.

Evan Patrician's 4th of the season from Radek Kucerik and…. Koen MacInnes!

A quiet second period saw the teams exchange power plays as MacInnes stood tall in net and Brock Gould doing the same for the Warriors. The teams would take coincidental penalties as Kucerik was called for interference but the Warriors were called for embellishment. Saskatoon took advantage of the extra ice on the four on four with Robins and Kyle Crnkovic setting up Walford in the middle to snipe his 11th goal of the campaign to put the Blades up 3-1 at the end of two.

Wally's 11th of the season from Robins and Crnkovic! 🎯

The third period saw things unravel a bit for the Blades with Moose Jaw equalizing the score with two un unanswered goals in quick succession. The Blades outshot the Warriors 15-6 in the frame but couldn’t capitalize as we headed to overtime.

Saskatoon wrestled back control of the match in the extra-frame, dominating the puck possession game. Team Captain Chase Wouters near ended it twice before Robins struck in the final minute. A tied up face-off resulted in Crnkovic getting the puck and throwing it on net with Robins tipping in game winner to give the Blades the 4-3 OT victory and complete the weekend sweep of Moose Jaw.

The Blades have now outshot their opponents in 12 straight, going 7-3-1-1 in that span after outshooting Moose Jaw 48-22 this afternoon.

With two assists, Crnkovic extended his points streak to seven games (2G-10A) while Walford is now on a three game points streak (1G-6A). 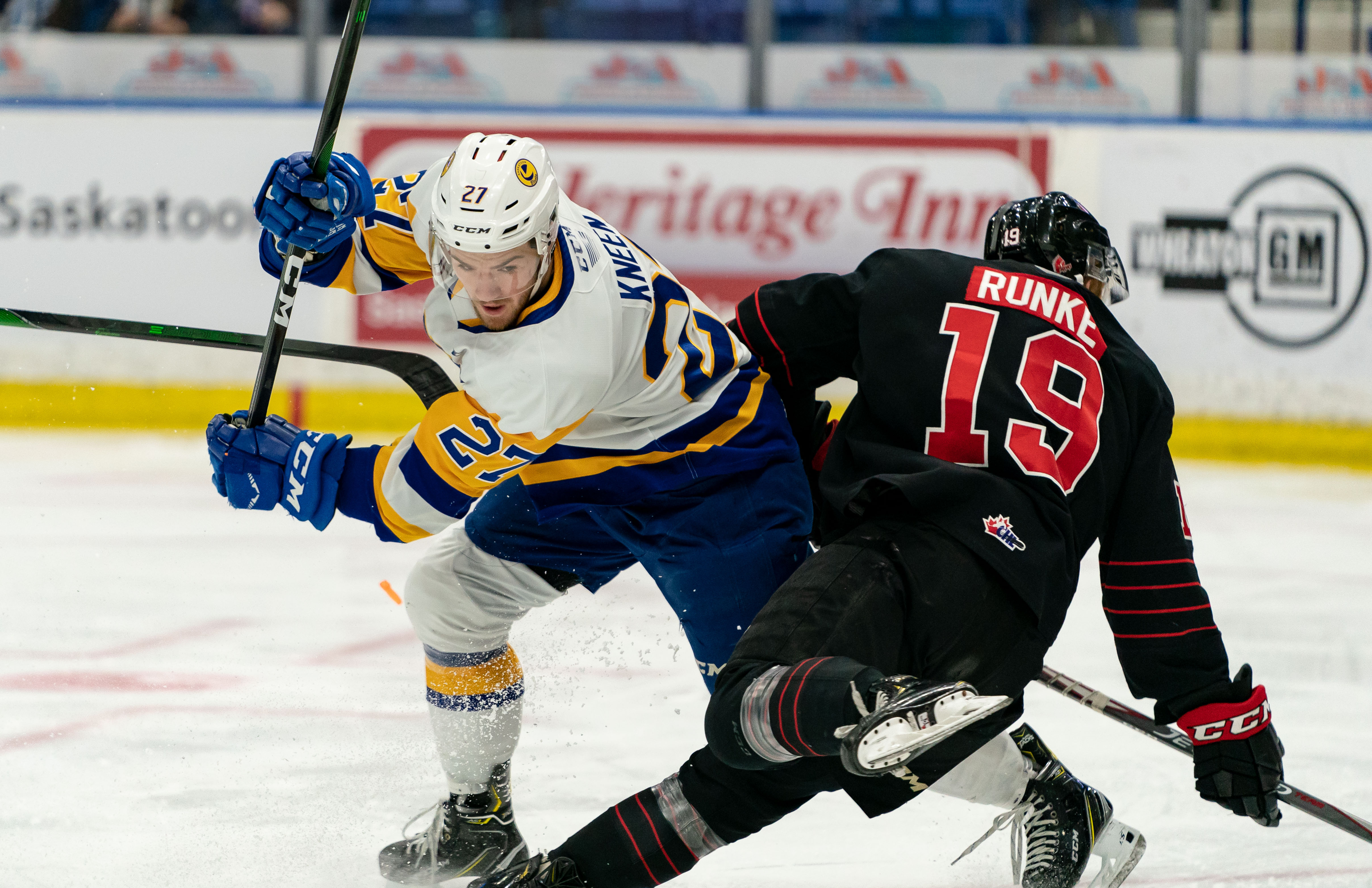 Having outshot the Warriors 43-29, the Blades have now out-shot their opponents for the past 11 straight games and are 6-3-1-1 in that span.

Saskatoon are now off until they host the Brandon Wheat Kings for Winning Wednesday on February 12th, in arguably their biggest game of the season. Winning Wednesday means if the Blades win, everybody wins -everyone in attendance goes home with a free ticket to the Blades’ next home game!