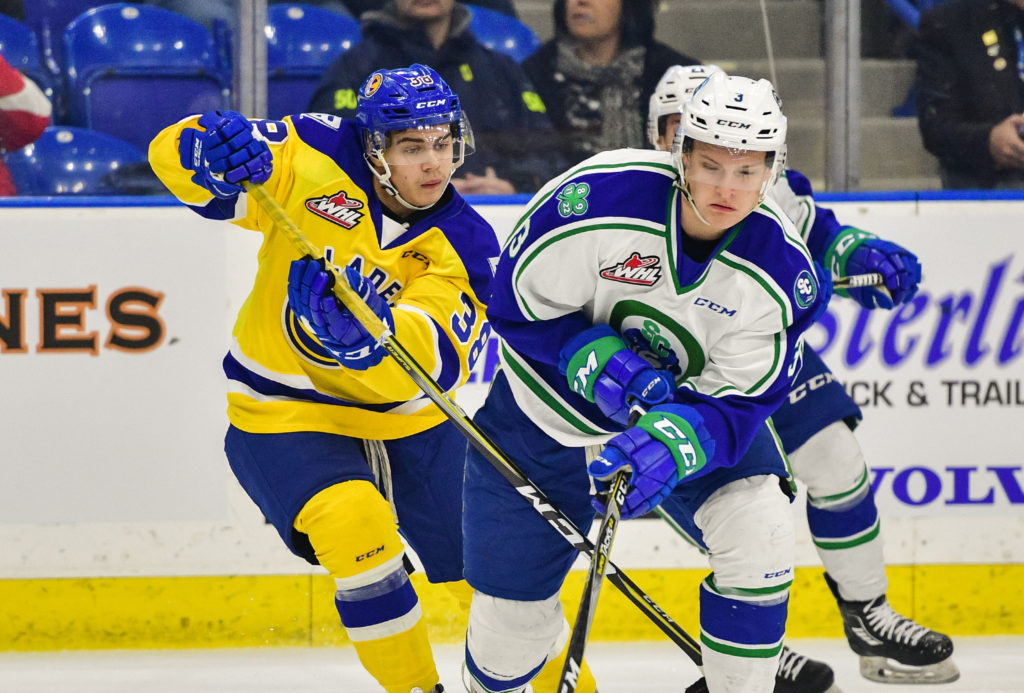 Saskatoon, SK – The Saskatoon Blades rallied in the third period but couldn’t quite catch the Broncos down the home stretch and fell 6-4 to their division rivals. The loss leaves the Blades with a 7-9-1-0 record on the year as they’ll look to reset for another tough divisional matchup Saturday night in Brandon. 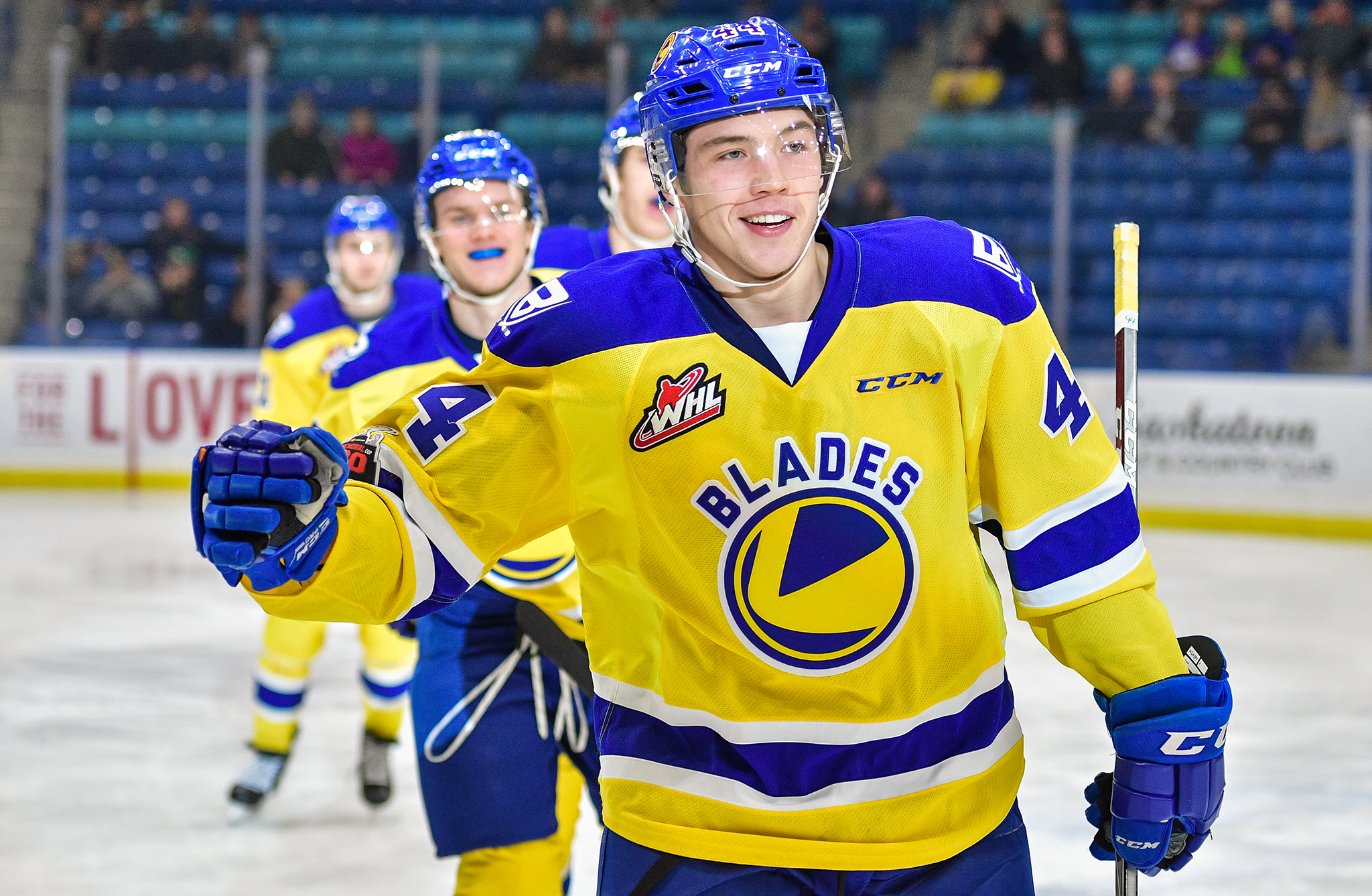 The game started in the best way possible for the Saskatoon Blades, scoring 24 seconds into the action courtesy of Chase Wouters who managed to wrist in a shot past Logan Flodell using Speedy Creek’s own defender as a screen. Jackson Caller started the play in the Blades zone, while Braylon Shmyr picked up the other assist.

It didn’t take long for Swift Current to tie it up. Tyler Steenbergen scored the Broncos’ first of the night like cashing a cheque on a Blades’ turnover from behind the goal line 4:08 into the match. 36 seconds later Colby Sissons made it a 2-1 Bronco lead with a power play tally.

The flurry of goals that marred the start of the match then made room for a more settled game of hockey that was interrupted when Glenn Gawdin walked in and blasted a shot off the cross bar and then collected his own rebound to extend Swift Current’s lead to 3-1. Soon after, Seth Bafaro was ejected from the game for checking from behind but didn’t go quietly, partially negating his 5 minute major penalty by sparring with Kole Gable who was also penalized for instigating. Gable was assessed 2 minutes for instigating, 5 minutes for fighting, and a 10 minute misconduct. Seth Bafaro was slapped with a 5 minute major for checking from behind and 5 minutes for fighting. This resulted in an odd 3 minute power play for the Broncos after the 2 minute instigator was over, meaning 2 minutes of 4-on-4 would come first.

Saskatoon took advantage, with Shmyr scoring his 8th goal of the season as Caller and Wouters collected assists – all three Blades earning their second point for the evening. Unfortunately, the Broncos capitalized on the ensuing power play. Aleksi Heponiemi sniped his 13th; Sissons and Steenbergen combined to get the Finn on the board as the first period finished with a 4-2 Swift Current lead.

Things didn’t get much better for the Blades in the second period; the lone goal of the term belonged to the Broncos. As a Saskatoon power play opportunity expired, Swift Current jumped in on the attack as fresh out of the box Logan Foster capitalized on a 3-on-1 opportunity to make it a 5-2 game.

Saskatoon didn’t give up, and began to find some mojo in the third period. Meanwhile, Ryan Kubic was substituted for Joel Grzybowski in a similar situation to last weekend, likely to preserve the starter for Saturday night.

First, with 7:59 left in regulation, it appeared Mark Rubinchik had scored the Blades’ 3rd goal of the evening. The play was immediately waved ‘no goal’ and after quick deliberation by the referees play continued with the score remaining 5-2 for the Broncos.

Just over a minute later, Libor Hájek ripped in a beauty from the blueline that did count with Caller earning his third point of the night on an assist and Cam Hebig getting his first point of the evening with the other helper. Over another minute passes and the Blades score again, this time on the power play. Michael Farren shovelled in his first of the season after Logan Flodell made the initial save off of Cam Hebig, who was credited with his second point of the night and Wouters with his third.

The Broncos took a penalty with 2:13 left on the clock, giving the Blades a later man advantage with all the momentum on their side. The dream comeback was not to be however. Grzybowski was pulled from his net for an extra attacker and the Broncos’ scored an empty net goal as a clearing attempt that landed next to Saskatoon’s own goal and was picked up by Connor Chaulk as the first man to the scene just out of the box. 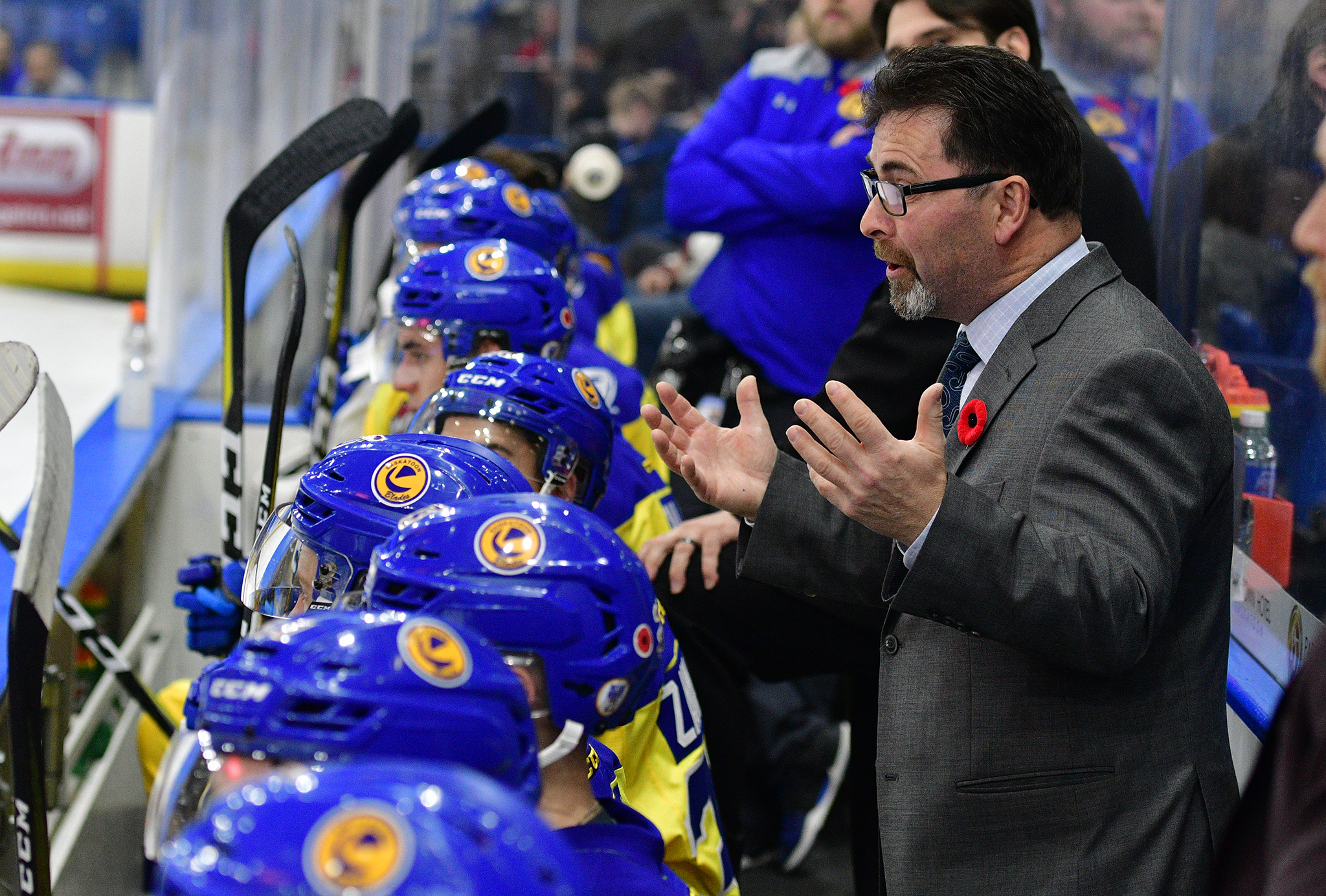 After the game Dean Brockman said his team did more to lose the game than the visitors did to win, and didn’t bring the sense of desperation in time to make a difference. Fans may argue the disallowed goal was a deciding factor, but regardless the Blades will have to forget about the loss and shift their focus to the Brandon Wheat Kings. 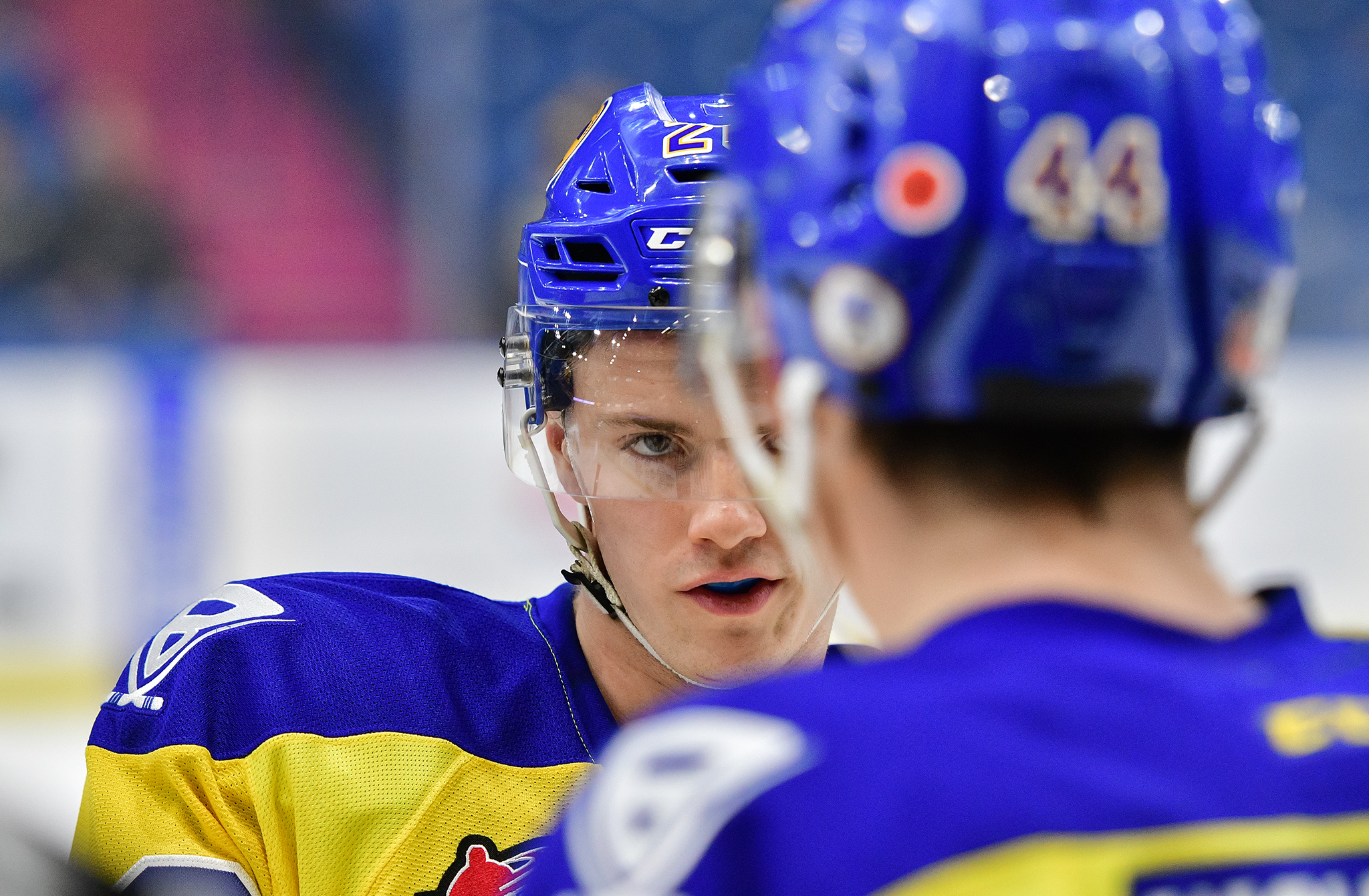 The next Blades home game is Wednesday, November 15th versus the Moose Jaw Warriors. Click here for tickets or call 306.975.8844 to book your group night or experience package!