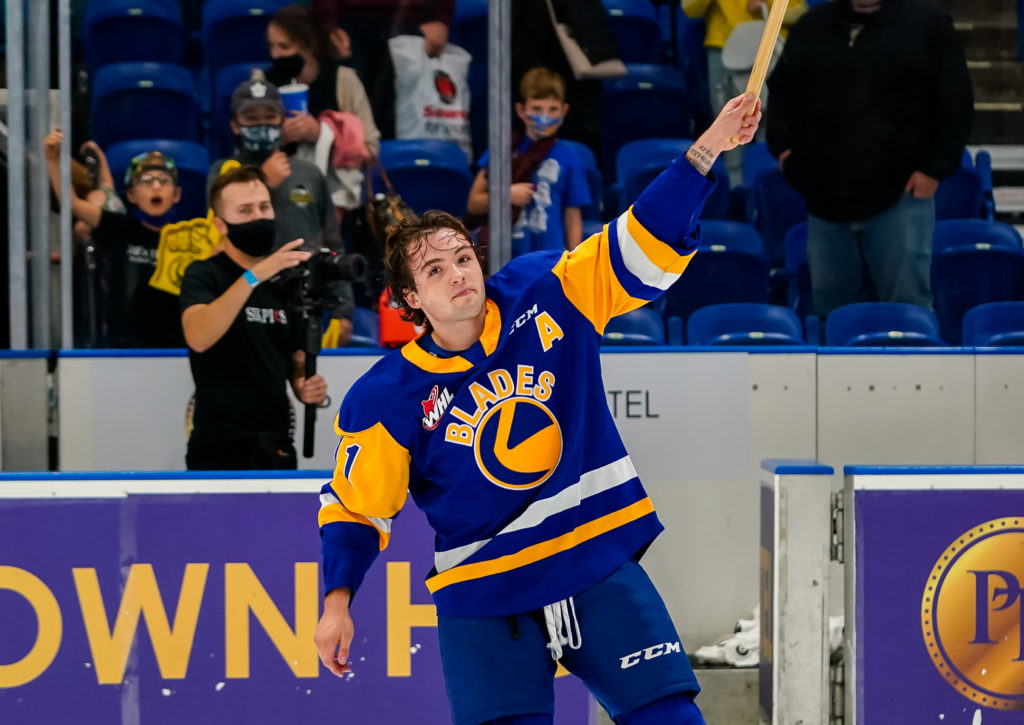 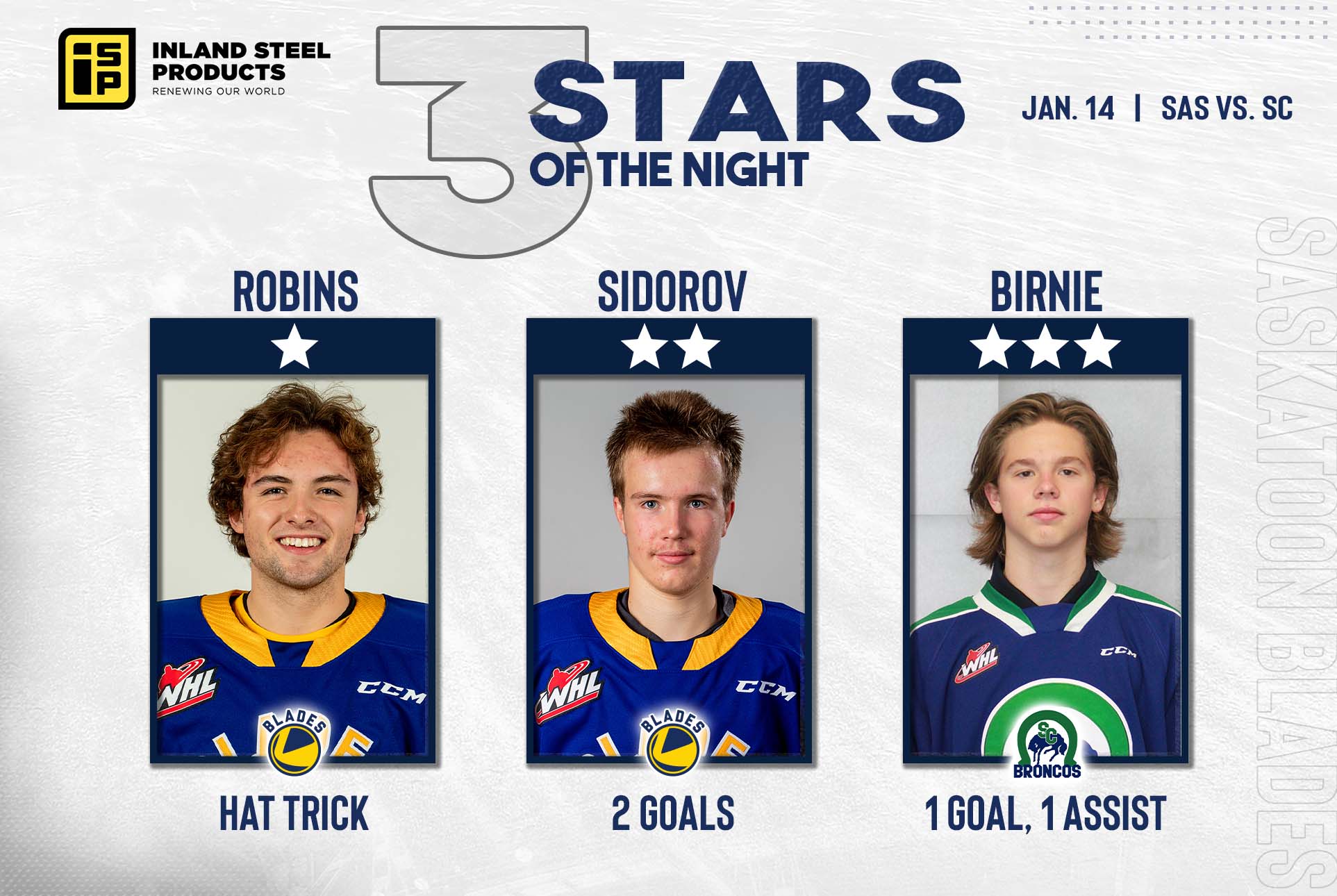 Five other Blades found the scoresheet with alternate captain Kyle Crnkovic netting three assists, pushing him into the top three in league scoring with 48 points. Brandon Lisowsky had two helpers, and Vaughn Watterodt, Trevor Wong and Ryan Nolan each had one.

Nolan Maier made 31 save to pick up the win, and to help Saskatoon improve to 18-14-1-1 on the campaign. The veteran tender is now up to 106 career victories, 14 back of the WHL record.

The Blades opened the scoring midway through the first after a shot from Lisowsky was stopped, but Robins put away the rebound with his 15th of the campaign.

The Broncos tied it up shortly after a shot from Raphael Pelletier went off a defender and past a fooled Maier squaring the game at 1-1.

The tie didn’t last long into the second as the floodgates opened for Saskatoon, scoring two goals in the first two minutes of the frame. Robins was awarded a penalty shot and made no mistake as he netted his second of the night to put the Blades back on top.

A minute later, Watterodt’s shot was stopped but Sidorov hammered away at the loose puck which eventually crossed the goal line to extend their lead to two.

Lesson #14: never give up on a loose puck 🚨 pic.twitter.com/otN4jy03FF

Saskatoon would continue the scoring parade shortly afterward. A set-play that started with Brandon Lisowsky ended with Trevor Wong setting Sidorov in front for his second of the game.

Swift Current would get one back midway through the frame after Brady Bernie banked his shot off Maier on a tough angle as the Blades led 4-2 after two.

Noah Boyko’s first as a Blade would become the eventual game-winner at the 4:56 mark of the third period. Veteran defenceman Charlie Wright corralled a loose puck in the attacking zone and threw a shot on net. Boyko was parked in front and showed impressive hand-eye to deflect the puck beyond Dyck, strengthening Saskatoon’s lead to 5-2.

The Broncos would answer back with two goals late in the period. Josh Davies lit the lamp for the 10th time this season, and Cole Nagy made things interesting with exactly 60 seconds remaining on the clock.

But Saskatoon shut down the Broncos hopes of a comeback as Robins picked up the hat-trick with the empty-net goal.

The two Saskatchewan squads will finish their season series on Saturday at SaskTel Centre, with puck drop set for 7:00pm CT.