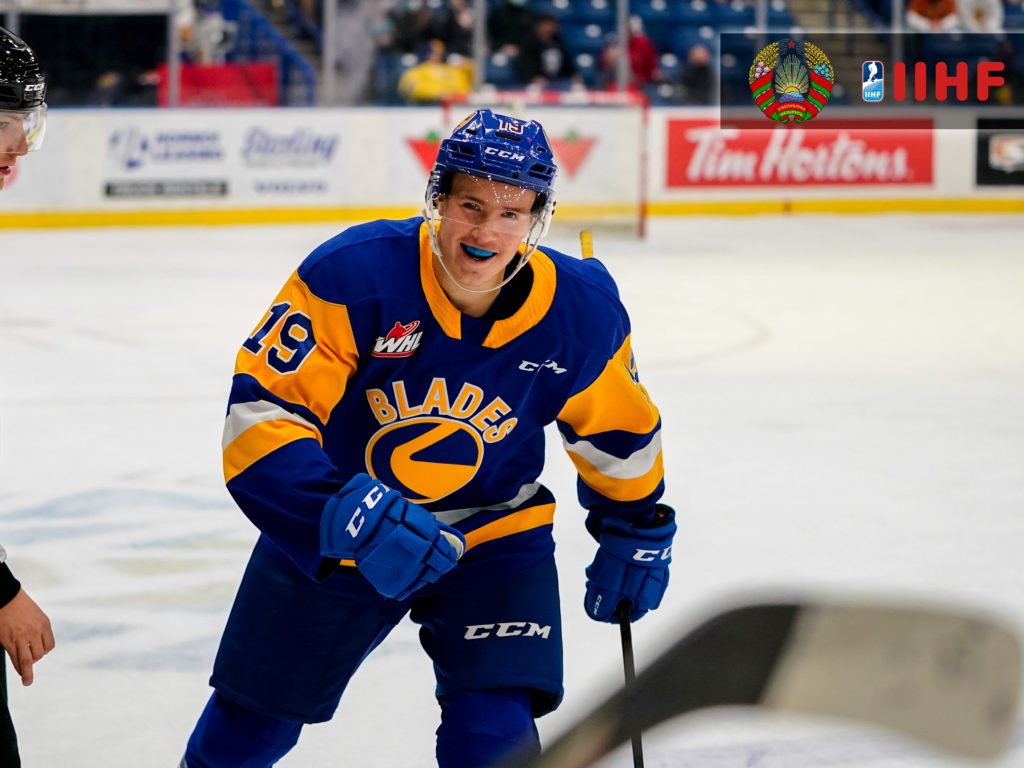 The power forward for the Saskatoon Blades has been named to Team Belarus for the 2022 IIHF World Junior Division 1-A Championships, which take place Dec. 12-18th in Horsholm, Denmark.

This is the Vitebsk, Belarus product’s second time competing at an international level, following up his impressive performance at the 2021 IIHF Under-18 Championships last spring. As an underage forward, Sidorov led Team Belarus U18 with five assists in five games, placing him second in team scoring.

Drafted 20th overall by the Blades in the 2021 CHL Import Draft, Sidorov has seven goals and 13 points in 22 games, placing him first in team rookie scoring.

Team Belarus will crack into preliminary action on December 12th, facing the host squad Team Denmark. The gold medal-winning team will earn a berth to compete in the 2023 World Juniors next December in Russia.