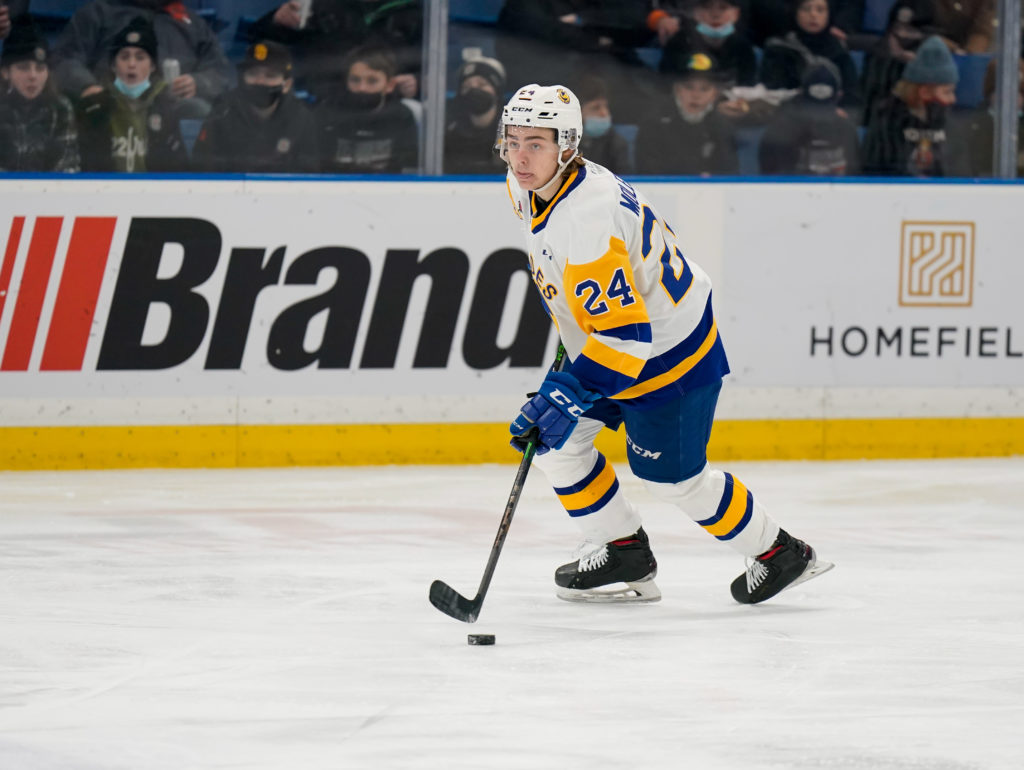 Saskatoon, SK –  17 Western Hockey League players have been invited to participate at the National Men’s Summer U18 Team Selection Camp this summer in Calgary, AB, scheduled for July 20-27 ahead of the 2022 Hlinka Gretzky Cup.

Hockey Canada announced the camp roster Thursday morning. Saskatoon Blades, Tanner Molendyk, has been named to the roster. The 2005-born defenceman was drafted fifth overall by the Blades in 2020, and has played two seasons in blue and gold.

Molendyk, a 17-year old from McBride, BC notched three goals and 15 assists in 55 games this past season. The 5’11” left-shot was named to Team Canada’s U-17 roster to compete at the Capital City Challenge this past season and returned repping a gold medal following a thrilling overtime win.

“We are excited to bring together a group of 44 athletes with a solid foundation of junior and international experience for selection camp,” said Alan Millar, Hockey Canada’s director of player personnel and former general manager of the Moose Jaw Warriors. “As our players are preparing to compete in short-term competition, we know all 44 players will come to camp ready to compete for a spot on the team and the opportunity to wear the Maple Leaf in international competition.”

The 2022 Hlinka Gretzky Cup is scheduled for July 31-August 6 at the Peavey Mart Centrium in Red Deer, AB.