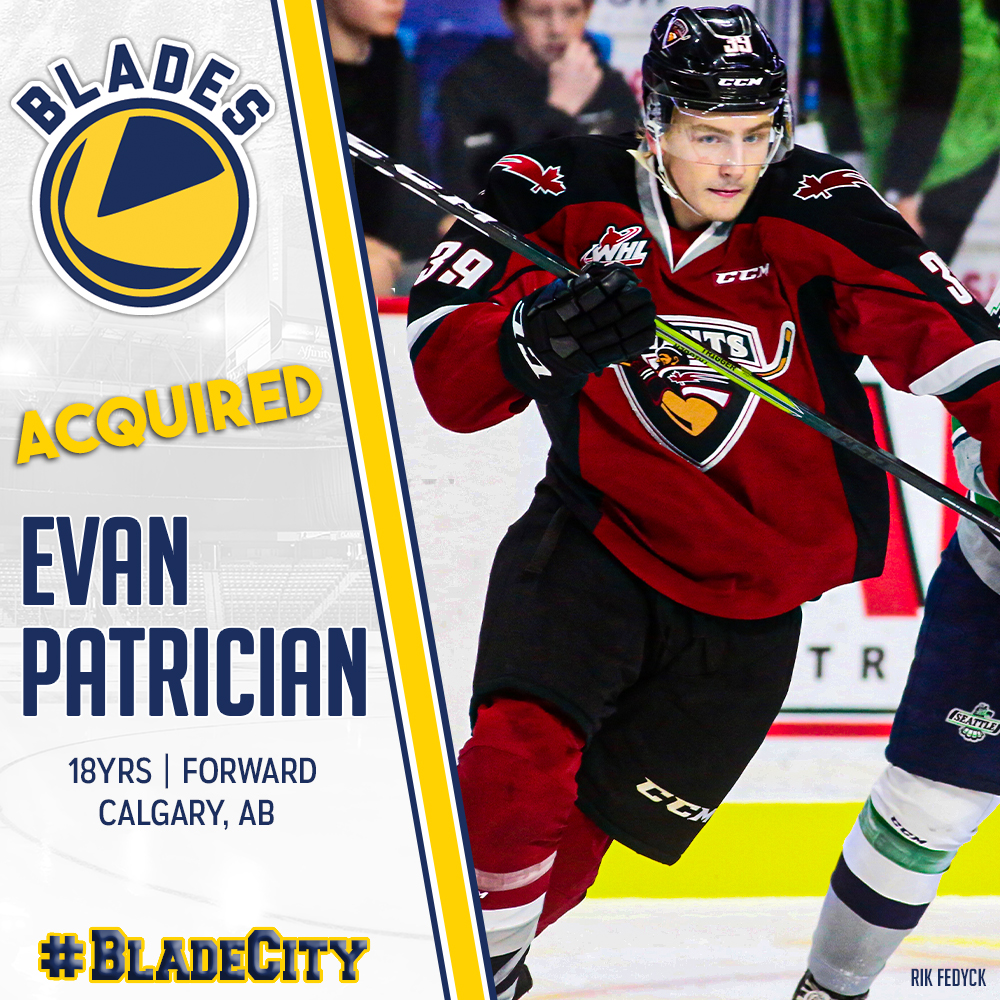 The first round pick in 2020 received from the Giants originally belonged to the Medicine Hat Tigers, while the 2nd round selection in 2021 is Vancouver’s.

Evan Patrician, a native of Calgary, was drafted by Vancouver in the 7th round of the 2016 WHL Bantam Draft. The 18-year-old centre made his debut in the 2016-17 season and has since appeared in 95 WHL regular season games, tallying three goals and 14 assists. Patrician also appeared in 19 playoff games during Vancouver’s run to the Ed Chynoweth Cup final last season.

“The whole Blades organization thanks Eric for his two years in his Saskatoon and wish him all the best in his hockey career,” bid Blades’ President & General Manager Colin Priestner.

With the trade, the Saskatoon Blades roster remains at 13 forwards, seven defensemen, and three goaltenders.

Patrician is expected to be in the lineup for the Blades’ next game tomorrow at home against the Edmonton Oil Kings.

Priestner will be available for media scrum at 3:45pm Friday, January 10th, at Sasktel Centre for the conclusion of the 2020 WHL Trade Deadline.