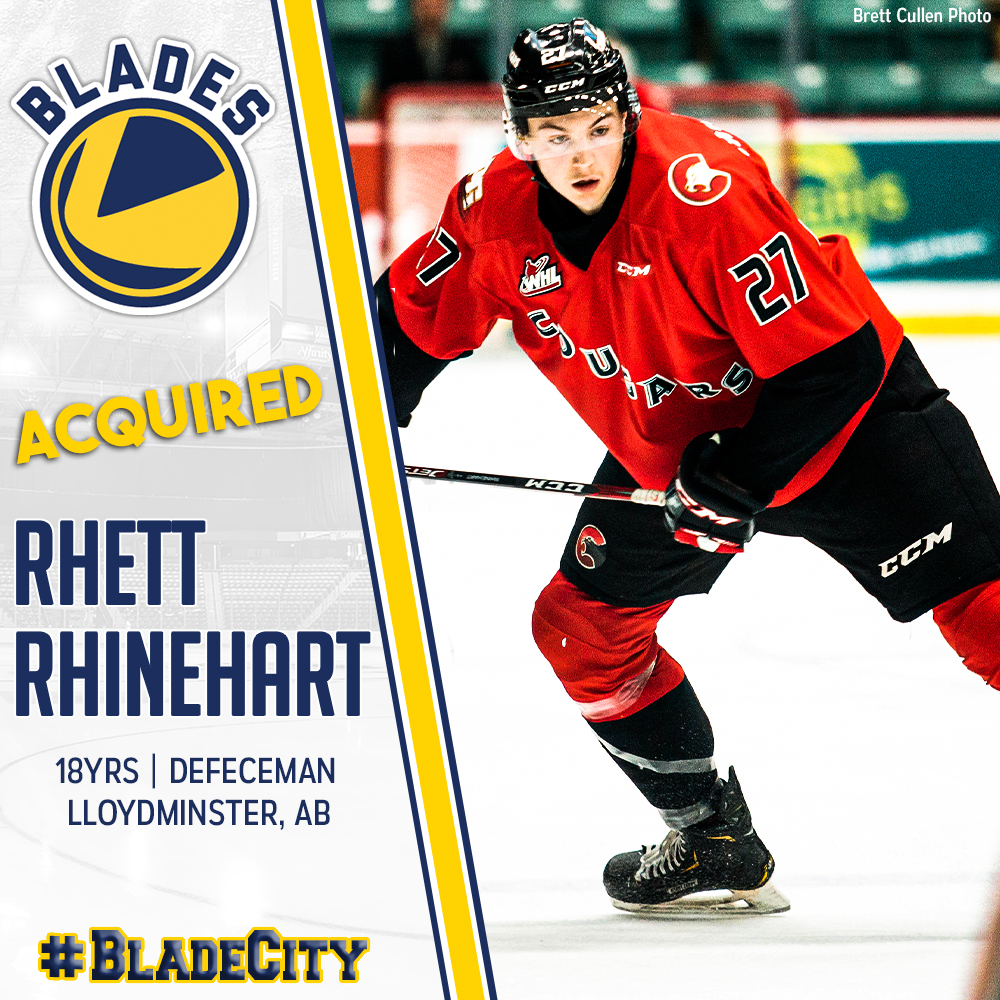 Saskatoon, SK – The Saskatoon Blades have acquired 2001-born defenceman Rhett Rhinehart & a 2020 3rd round draft pick from the Prince George Cougars in exchange for Majid Kaddoura, a 2020 1st round draft pick & the rights to unsigned 2003-born prospect Jayden Watson.

Originally selected by the Prince Albert Raiders with the 13th overall pick in the 2016 WHL Bantam Draft, Rhett Rhinehart has played in 166 career WHL games between the Raiders & Cougars. In that span, the 6’4”, 200-pound right-shooting blueliner has registered 11 goals and 33 assists for 44 career points. This season, Rhinehart has three goals and 15 points through 36 games played. He is on pace to have a career year, averaging .42 points per game compared with .35 last season.

Like Tristen Robins of the Blades, Rhinehart is a late ’01 born player and as such is in his first year of NHL Draft Eligibility. He is currently a ‘C’ rated skater on NHL Central Scouting’s list of Players to Watch, joining his new teammates defencemen Aidan De La Gorgendiere and Radek Kucerik, and forwards Kyle Crnkovic and Robins on the rankings.

The 2020 first round draft pick going to the Cougars is the same pick acquired by the Blades earlier today from the Vancouver Giants, originally owned by the Medicine Hat Tigers.

“The Saskatoon Blades would like to thank Maj & his family for their time with our franchise and hope all the best for him as he continues his WHL career with Prince George,” wished Blades’ President & General Manager Colin Priestner.

With the trade, the Saskatoon Blades’ roster remains balanced at 13 forwards, seven defensemen, and three goaltenders.

Rhinehart is expected to be in the lineup for the Blades’ next game tomorrow at home against the Edmonton Oil Kings.