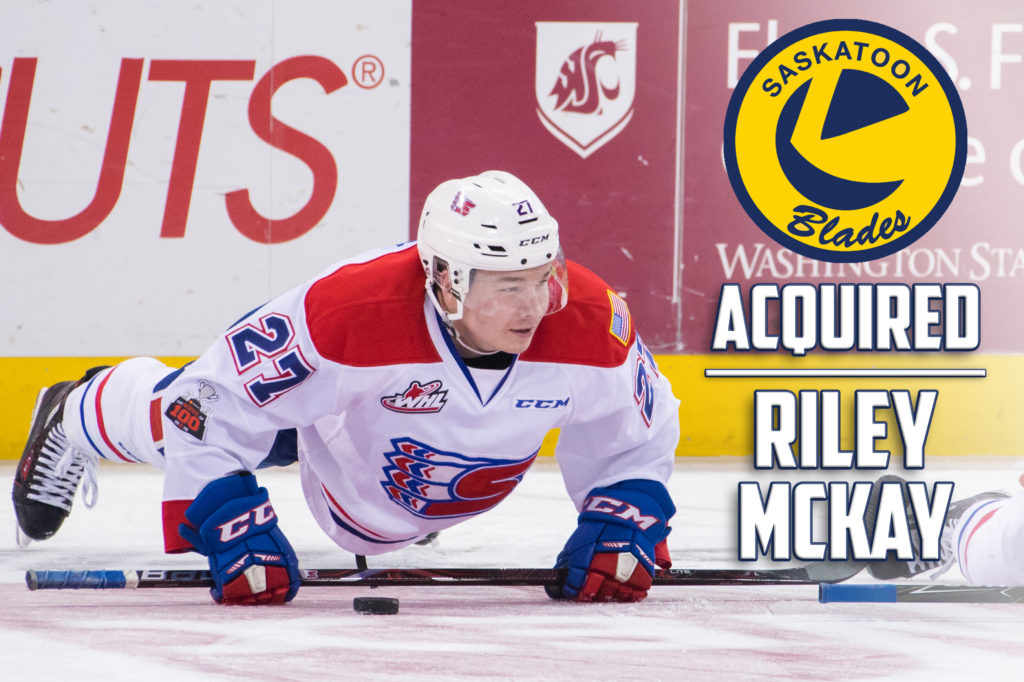 Saskatoon, SK – The Saskatoon Blades are pleased to announce the acquisition of 19-year-old forward, Riley McKay, from the Spokane Chiefs. In exchange, the Blades sent a pair of draft picks back to Spokane; a 4th round selection in 2019 and a 7th round pick in 2020.

“Riley is a player who is very hard to play against,” explained Blades General Manager, Colin Priestner. “We’ve admired his play for a long time and we feel he will add a lot of toughness and tenacity to our lineup. We’re very excited to add him to our group of forwards.”

McKay will be entering his third season in the WHL in September after spending the last two years in Spokane with the Chiefs. Originally from Swan River, Manitoba, McKay has played a total 113 career regular season games in the Western Hockey League, collecting 22 points and 275 penalty minutes along the way. The left-winger has also appeared in seven playoff contests.

Standing at 5’11” and 215lbs, McKay brings a tough reputation to Saskatoon after leading the league in penalty minutes this past season with 152 in just 62 outings.

Prior to joining the Chiefs, McKay played one season in the Manitoba Junior Hockey League at the age of 16 where he posted a stat line of 12 goals, 34 points, and 151 penalty minutes in 54 games with the Swan Valley Stampeders.

The Blades are thrilled to welcome Riley and his family to the organization and the community.