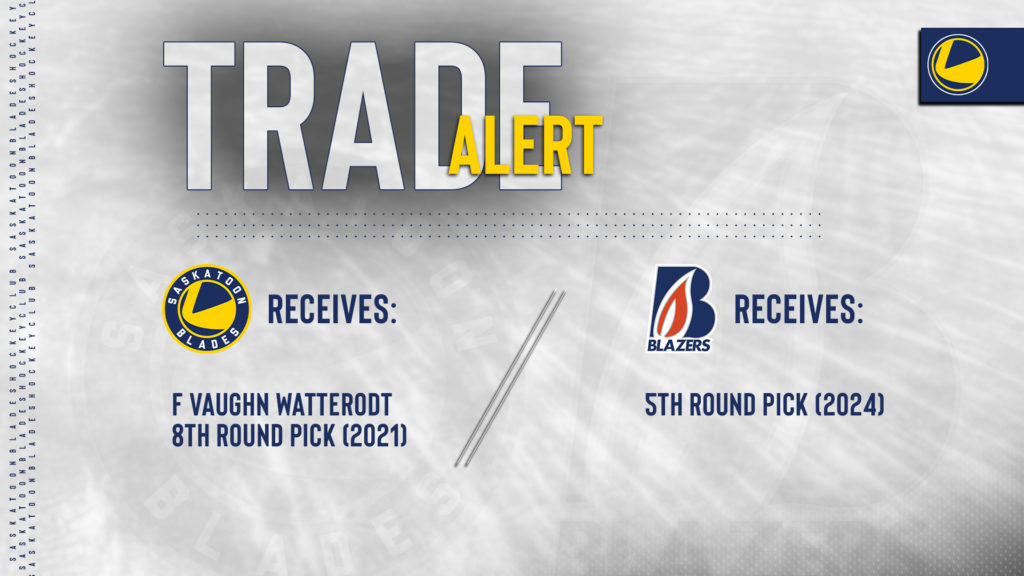 Watterodt, a product of Rosetown, SK, is expected to join the team Thursday evening ahead of this weekend’s two-game series in Winnipeg.

“Vaughn is a young player who will add intensity and skill to our lineup,” said Blades general manager & president Colin Priestner. “He’s a strong forechecker and isn’t afraid to go into the hard areas of the ice and battle for pucks.” 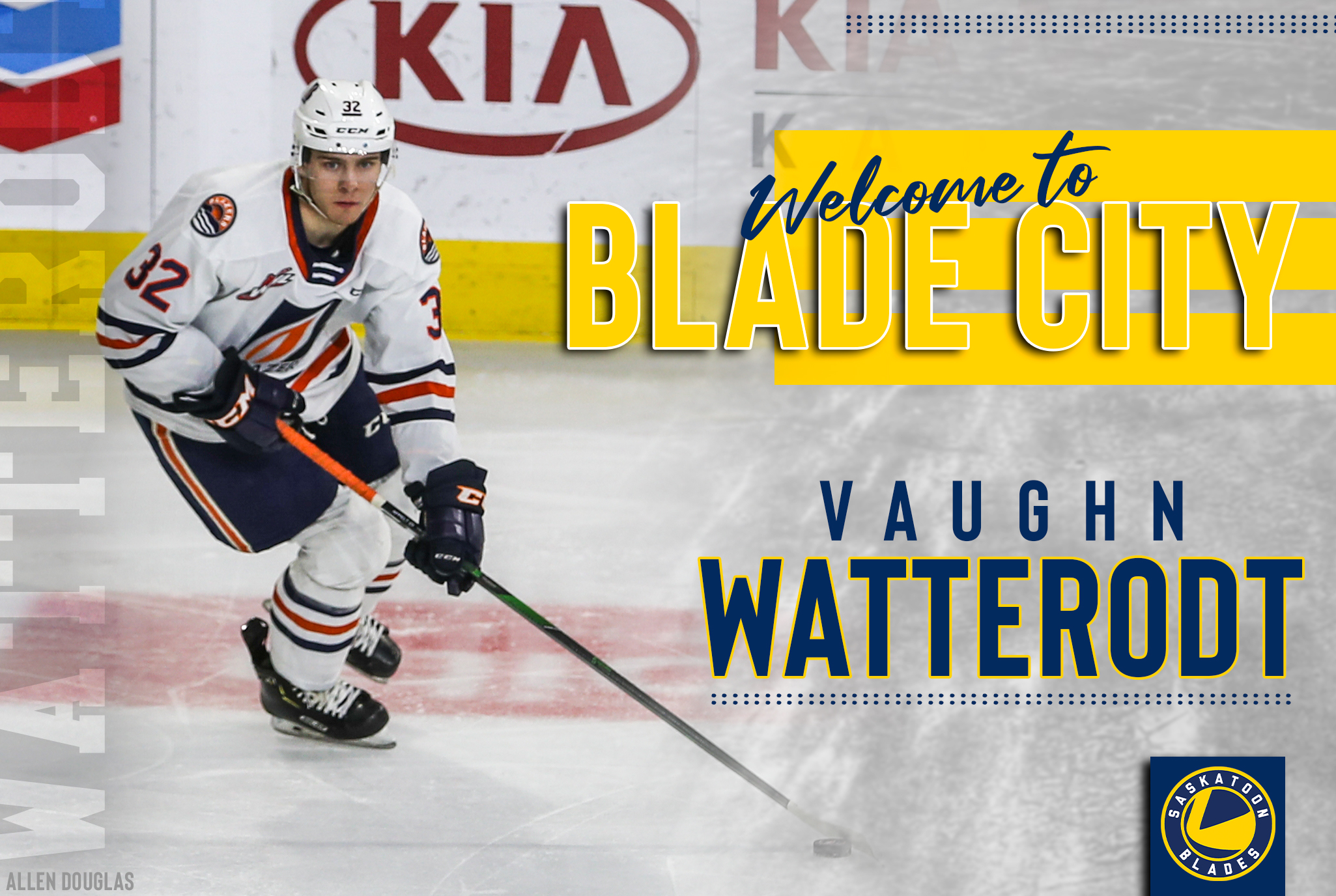 The 5-foot-11, 181-pound centreman has dressed in six games with Kamloops this season, collecting one assist as a rookie. Drafted by the Blazers in the sixth round (119th overall) in 2019, Watterodt made his WHL debut last year, playing in 12 games in a COVID-rendered campaign and notching one assist with 14 penalty minutes.

Spending his off-season close to home, Watterodt also has experience working and training with members of the Blades coaching staff.

“Our assistant coach Dan DaSilva worked with him in skills sessions and raved to us about his skillset and character,” added Priestner, “He feels Vaughn has the potential to be an excellent WHL player.”

The Saskatoon Blades would like to welcome the Watterodt Family into the organization, and look forward to helping continue his development under the guidance of Brennan Sonne’s coaching staff.