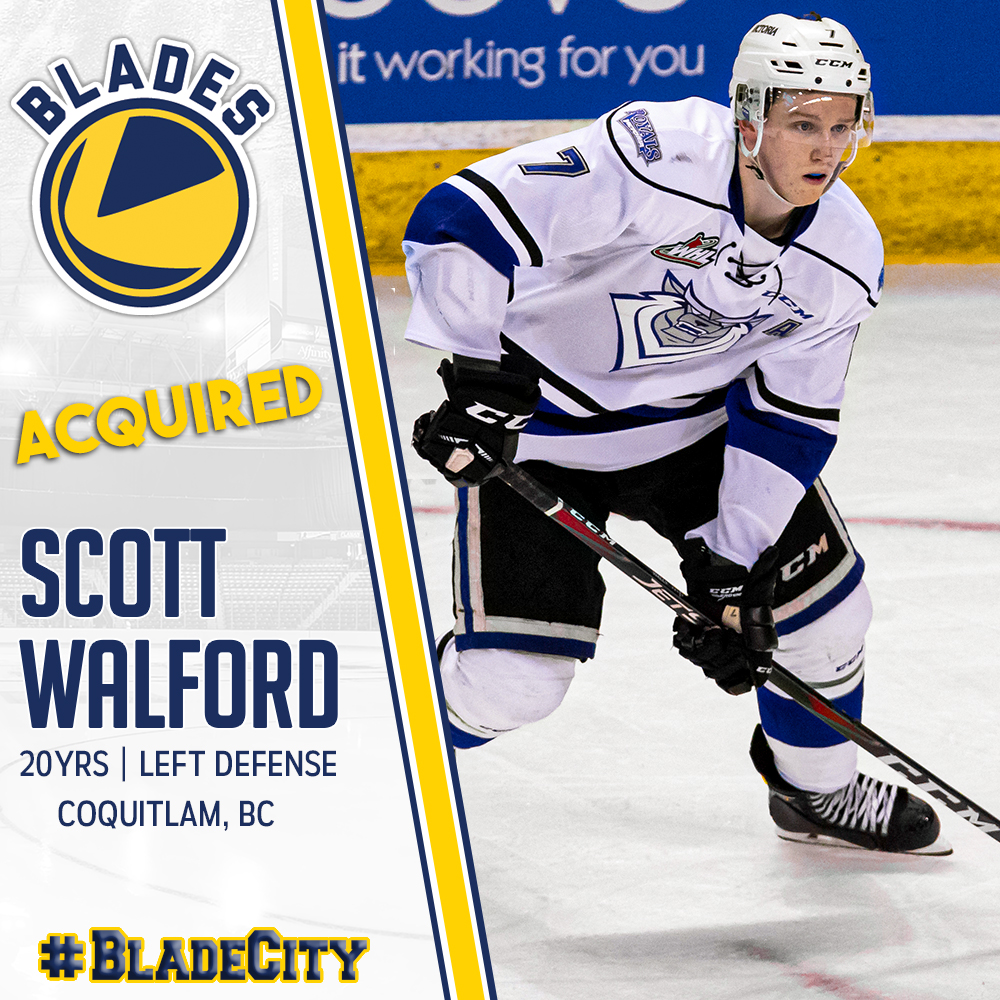 “Deals like this are never easy to make, especially in the summer, but the chance to acquire one of the very best defenseman in the Western Hockey League was too good to pass up given we felt defence was the biggest single area we needed to address for the upcoming season,” said Blades’ General Manager Colin Priestner.

In addition to Walford, the Blades will also receive Victoria’s 7th round pick in the 2020 WHL Bantam Draft.

Walford, selected 68th overall by the Montréal Canadiens in the 2017 NHL Draft, has spent his entire WHL career with Victoria after being selected 18th overall in the 2014 WHL Bantam Draft by the Royals. He has an extensive pedigree of experience in junior hockey, having represented Team BC at the Canada Winter Games in 2015, Team Canada Black at the 2015 World Under-17 Hockey Challenge (with current Blade Nolan Kneen), Team WHL in the 2018 CIBC Canada Russia Series and was selected on the WHL (West) Second All-Star Team last season. Walford also attended the Winnipeg Jets’ Summer Development Camp this past June.

“Scott is a big, mobile defender, who plays in all situations and logs a lot of minutes. He is an all-around defender who is adept in his own end but also contributes a lot offensively, making use of an exceptional first pass and great vision,” added Priestner.

Also heading to Victoria is 2002 born unsigned listed forward Riley Gannon, and the Blades’ 4th round pick in the 2022 WHL Bantam Draft.

The Saskatoon Blades would like to thank Gary Haden for his time and contributions with our organization and wish him all the best moving forward in Victoria.

“‘Uncle Gary’ was a great Blade during his season in Saskatoon and we wish him major success with the Royals in his 20-year-old campaign,” concluded Priestner.