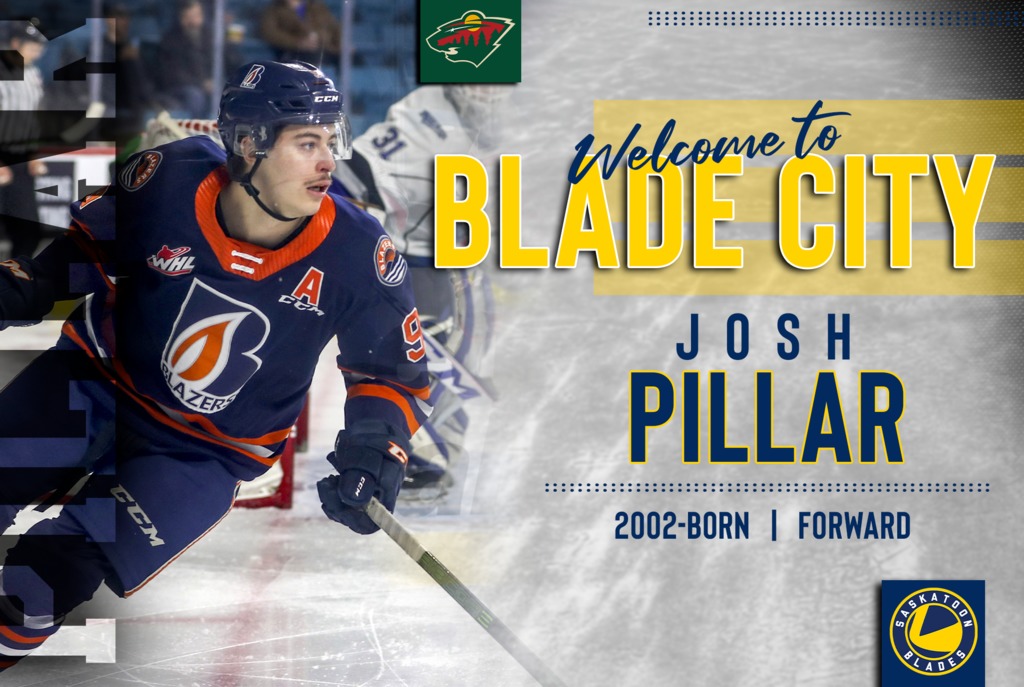 SASKATOON, SK — The Saskatoon Blades announced on Monday the acquisition of 2002-born forward Josh Pillar from the Kamloops Blazers in exchange for a conditional 2024 second-round pick, and a conditional 2022 third-round pick in the WHL Prospects Draft.

Pillar, a product of Warman, SK, is a prospect of the Minnesota Wild, having been selected in the fourth-round, 127th overall in the 2021 NHL Entry Draft.

“Firstly, we would like to thank Kamloops for working together to make this happen for the Pillar family,” stated Blades general manager & president Colin Priestner. “Josh is currently recovering from a private medical situation, and both teams, in conjunction with Josh’s family, felt the best place for Josh’s recovery would be in his hometown.

“Josh is one of the best players in the WHL and while it’s certainly very exciting for us to add him, our primary focus at this time is getting Josh healthy and back on the ice at some point this season. We kindly ask that everyone give Josh and his family privacy at this time and when we have a clearer timetable on his return to the ice, we will certainly make it known. We are hopeful it will be in the near future.”

“This is a dream come true for me to play for the team I grew up cheering for,” said Pillar. “I’m so thankful for the Blazers and the Blades for making this possible for me, and I’m excited to throw on my hometown colours and return to the ice soon. Our family thanks everyone for respecting our wishes for privacy at this time and I look forward to meeting my new teammates and staff in the near future.” 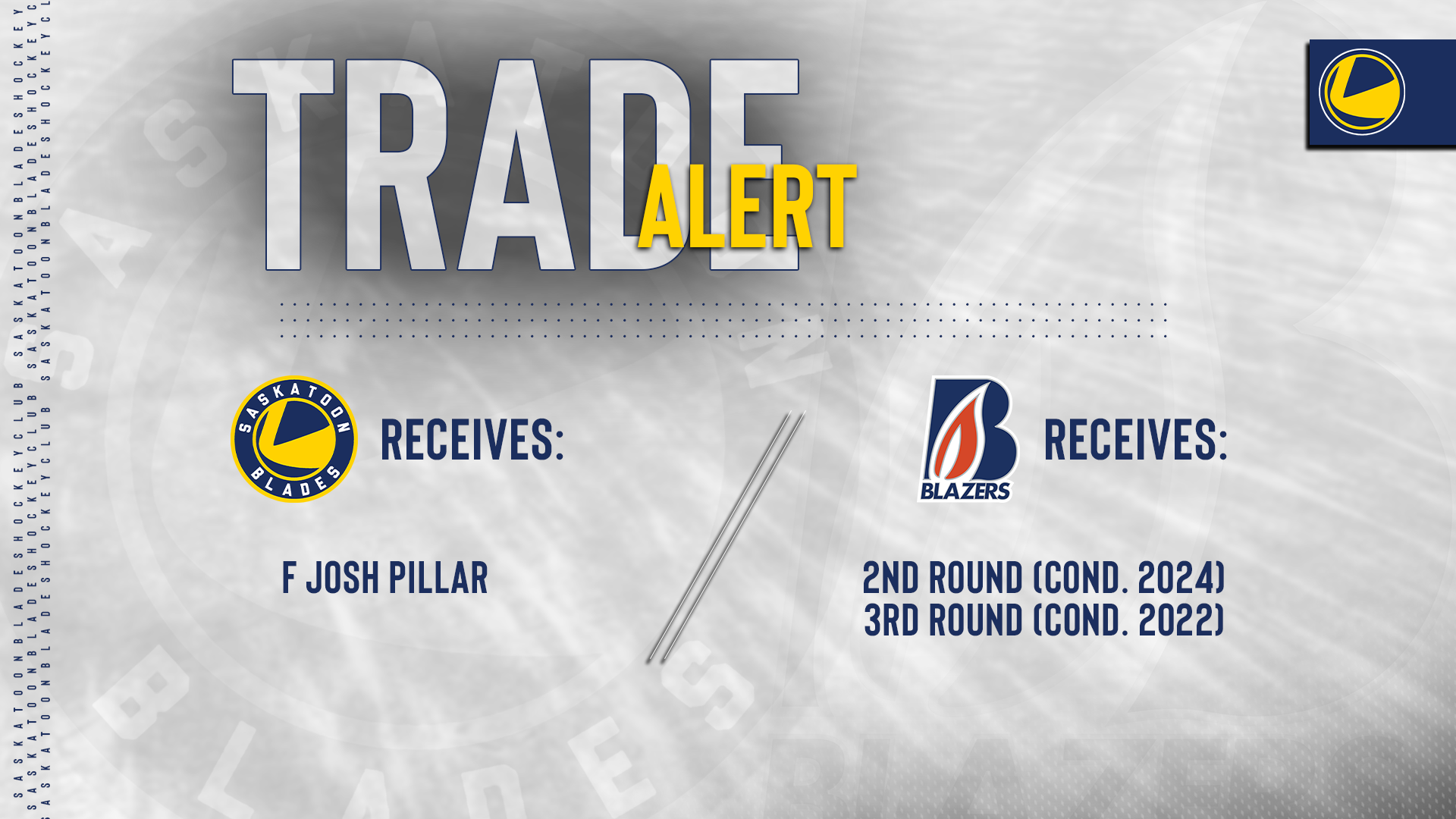 “When he’s back, we expect Josh to be among the top scorers in the WHL over this year and next,” continued Priestner. “He brings size, speed, and an incredible talent level to our young group. We know Josh is very excited to play for his hometown team and help us in our push for a home-ice playoff position.”

This is the second trade between the two WHL clubs this season, following up the acquisition of forward Vaughn Watterodt by the Blades on December 2nd, 2021.

The Saskatoon Blades would like to warmly welcome the Pillar Family into the organization, and look forward to helping him live out his dream of playing in the NHL.