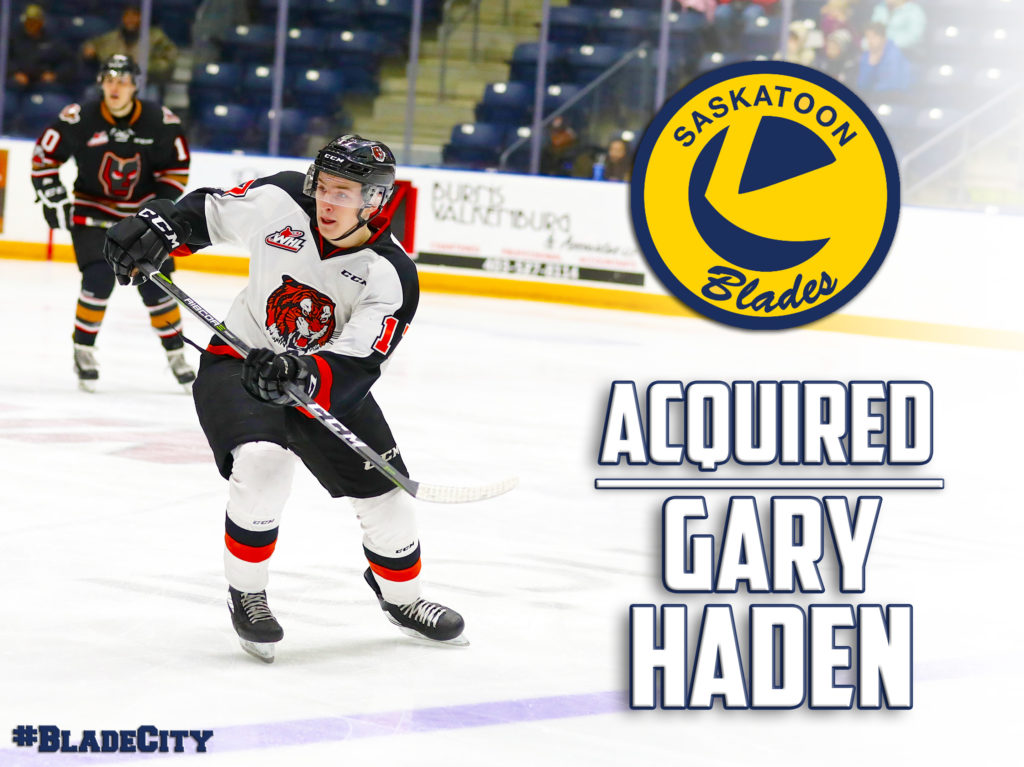 Gary Haden, a left handed pivot who stands at 5’10” and 177lbs,  is a veteran forward in the Western Hockey League with 115 regular season games under his belt along with 6 post-season appearances. A native of Airdrie, Alberta, had a break out season last year putting up 17 goals and 42 points in 70 contests. This season, Haden has 1 goal and 2 assists in 9 games.

“Gary had a great season last year offensively and we felt this was a good opportunity to add some depth to our group,” explained Saskatoon Blades General Manager Colin Priestner. “With Logan, he’s been a great part of our group for the past four seasons both on and off the ice. It’s never easy to trade a player that’s been with you as long as Logan has, but we believe a change in scenery will benefit him and give him some new opportunities.”

Haden was originally drafted in 2014 by the Regina Pats in the 9th round. He was a key piece in a deadline deal in 2016 that saw veteran forward Cole Sanford going to Regina and Haden going to the Tigers.

The Saskatoon Blades would like to thank Logan for his contributions to our organization and community during his tenure in Saskatoon. Logan was drafted by the Blades in 2014 and has played 197 career games in Saskatoon. Logan has been a part of many community and charity initiatives and we wish him all the best in Medicine Hat.

Gary is expected to join the Blades on the road this weekend and will be wearing #14.