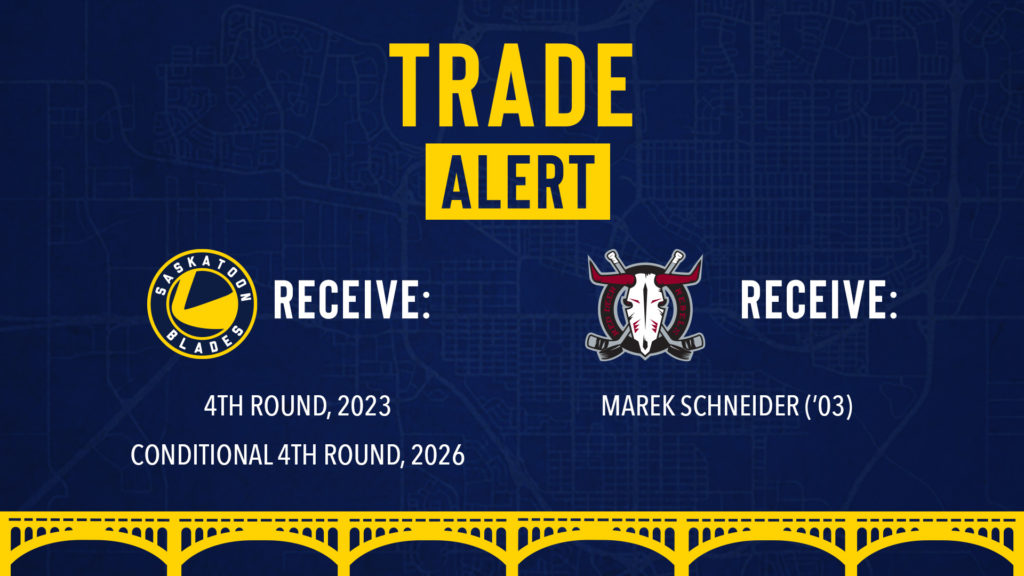 Saskatoon, SK – The Saskatoon Blades have traded defenceman Marek Schneider to the Red Deer Rebels in exchange for a pair of fourth round WHL Priority Draft picks. The picks include a 2023 fourth-rounder, and a condition fourth-round pick in 2026.

The 6-foot-2, 196-pound right shot defender’s 78 career games all occurred with the blue and gold across four seasons. This season, Schneider had one goal and one assist in 14 games played.

“We would like to sincerely thank Marek for all his hard work at the rink and in the community over the last four years, and we’re excited for him to get a fresh start in Red Deer.” said General Manager Colin Priestner.

In his career with the Blades, Schneider has two goals and eight points over 3 seasons.

We wish Marek all the best going forward with his new club!