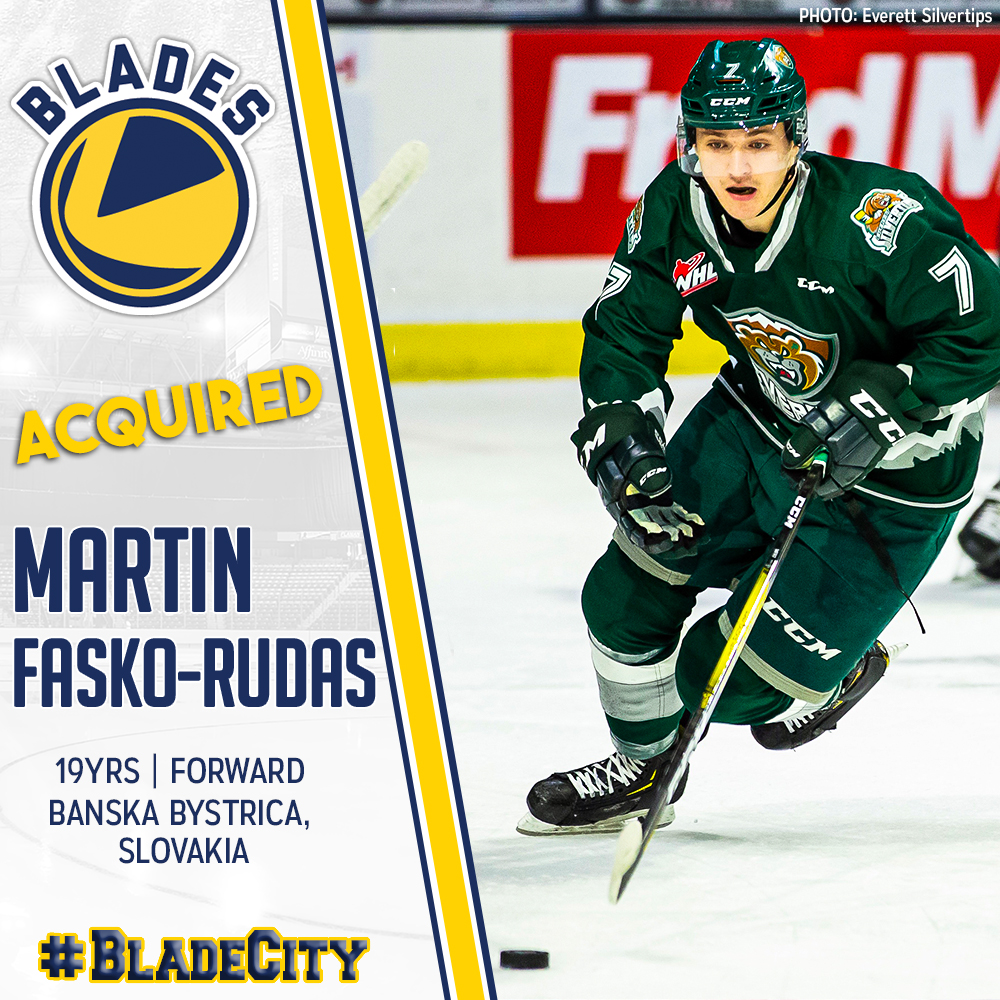 Martin Fasko-Rudas, who was acquired by the Broncos from the Everett Silvertips earlier today, hails from Banska Bystrica, Slovakia. The 19-year-old forward has played in 147 Western Hockey League games, notching 25 goals and 29 assists for 54 points. He was selected at 58th overall by the Silvertips in the 2017 Canadian Hockey League Import Draft. Fasko-Rudas has just returned from the 2020 World Junior Championships where he scored once and added an assist in five games played.

Blades’ Head Coach Mitch Love previously coached Fasko-Rudas as an assistant Coach for the Silvertips’ during the 2017-18 season. That year, the Silvertips went all the way to the WHL Championship series, with Fasko-Rudas playing in 20 games and scoring five goals with three assists during in that span. Last year he played an additional 10 playoff games for Everett, scoring four goals and adding five assists.

With the addition of Fasko-Rudas prior to the deadline, the Blades’ roster is now settled at 14 forwards, seven defencemen and three goaltenders.

Fasko-Rudas is expected to arrive in Saskatoon tomorrow.