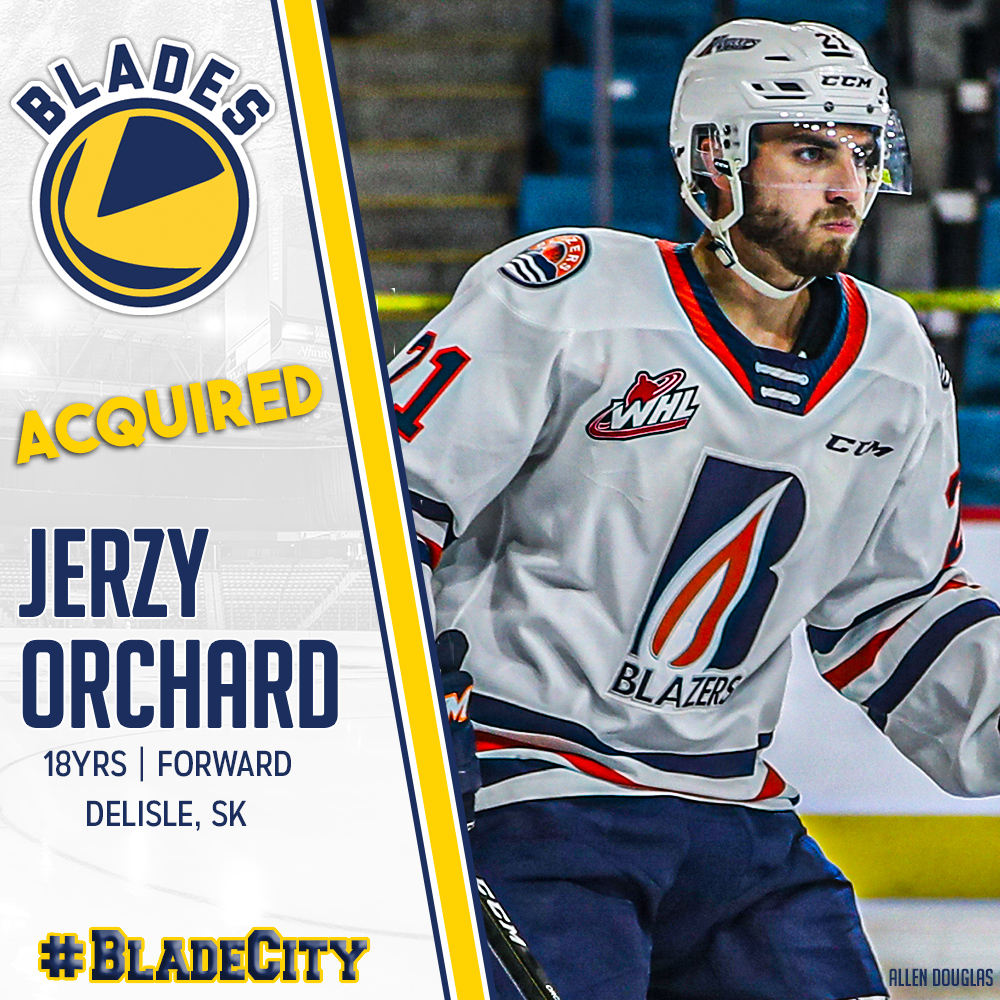 Saskatoon, SK – The Saskatoon Blades have acquired two draft picks and the rights to ’01 forward Jerzy Orchard from the Kamloops Blazers in exchange for overage forward Ryan Hughes.

“Jerzy is a local product who brings a lot of energy and has some untapped skill,” begun Blades’ General Manager Colin Priestner. “We look forward to bringing him into our group and seeing what he can provide to the depth of our team.”

From Delisle, Saskatchewan, Orchard was drafted into the WHL by Kamloops in the 5th round in 2016. He made his debut last season, appearing in 41 games and recording 3 points (1G-2A). He also played in five of the Blazers’ six playoff games last Spring, earning one assist.

“Moving any one of our four twenty-year-olds was going to be hard and leave a great player on the outside looking in. Ultimately we felt the return we could get for Ryan was more than fair and now we can go out and look to use those pieces to try and replace some of the offence we will lose with his departure. Moving him was a very difficult decision for myself and our staff,” said Priestner of the trade.

“The whole Blades organization thanks Ryan Hughes for being an outstanding player for us last season, and we know playing in Kamloops on a very good team will be great way for him to finish his WHL career,” concluded Priestner.

Jerzy Orchard is expected to join the Blades ahead of the team’s next game this Friday at home against the Winnipeg ICE. 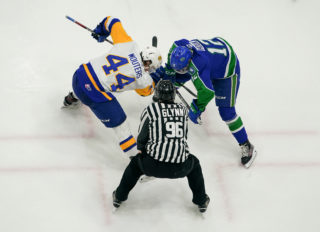