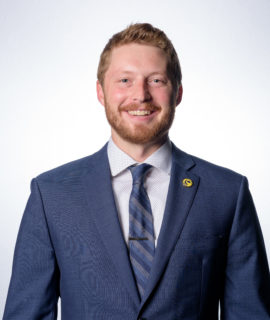 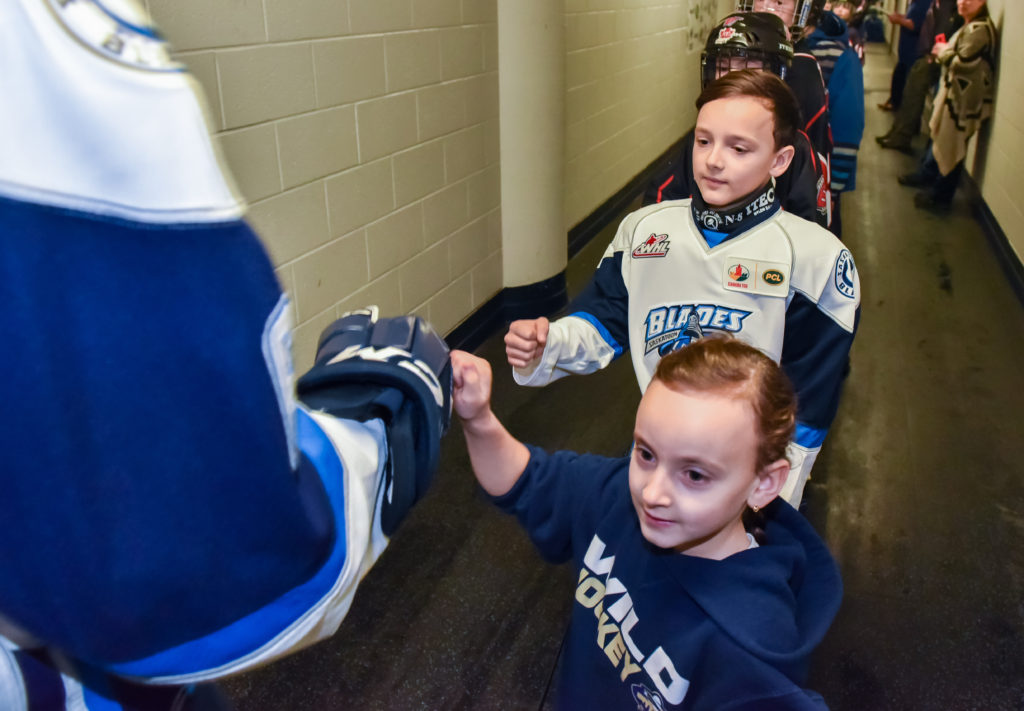 The countdown is on! We’re exactly 60 days away from the Saskatoon Blades home opener on Friday, September 22nd at SaskTel Centre against the Swift Current Broncos. So I’ll get you up to speed on what’s going on with the Blades during the dog days of summer, and once we roll into August you can expect updates at least once a week.

Hockey Canada U17 development camps are underway this week in Calgary, AB. There are six teams at the camp which will be chiselled down to three groups. Two Blades youngsters are in attendance hoping to earn a spot on one of Canada’s three national teams set to compete at the World Under 17 Championships taking place in Dawson Creek and Fort St. John, B.C. from November 5th – 11th. Forward Kirby Dach is skating on Team Black this week. Fellow Blade Nolan Maier is on Team Blue and is one of 12 goaltenders vying for a roster spot.

Blades Athletic Therapist, Brenden Hope, is also in Calgary this week as a guest trainer with Hockey Canada.

Click here to view the full U17 rosters from Hockey Canada

This coming weekend another flight of players will arrive for the U18 camp, including Blades forward Chase Wouters. The U18 Camp features a much smaller group of players divided into two teams. Once the selections are made, Canada’s National U18 squad will head overseas for the annual Ivan Hlinka Memorial Tournament beginning on August 7th in Bratislava, SVK, and Břeclav, CZE. Wouters took home a silver medal in 2016 with Team Canada Black at the World U17 Championship in Sault Ste. Marie, Ontario. 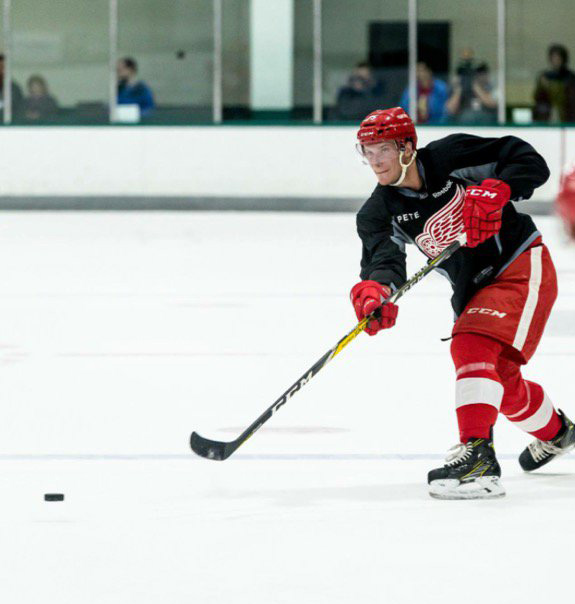 Veteran d-man Evan Fiala has returned from Detroit Red Wings development camp hoping to have his best junior season yet. The rugged blue-liner attended Wings’ camp on an invite basis and spoke highly of the experience. Chris Chelios was one of the defensive coaches at camp where Fiala said it was “surreal” at times taking advice from the legendary Hall Of Famer. Fiala was satisfied with his performance and tried to soak in the culture as much as possible. The Red Wings told Evan another strong season in the WHL could earn him another shot in their organization further down the road.

And it was right back to work for Fiala after he returned home. Last week Evan was back on the ice working as one of the coaches at the Gretzky Camp which took place at the Legends Centre in Warman.

Only six players have had the honour of their jersey being retired by the Saskatoon Blades, and Bob Bourne’s #12 is one of them. This past weekend the former Blade was inducted into the Saskatchewan Hockey Hall Of Fame. For more on Bob and his induction, click here. 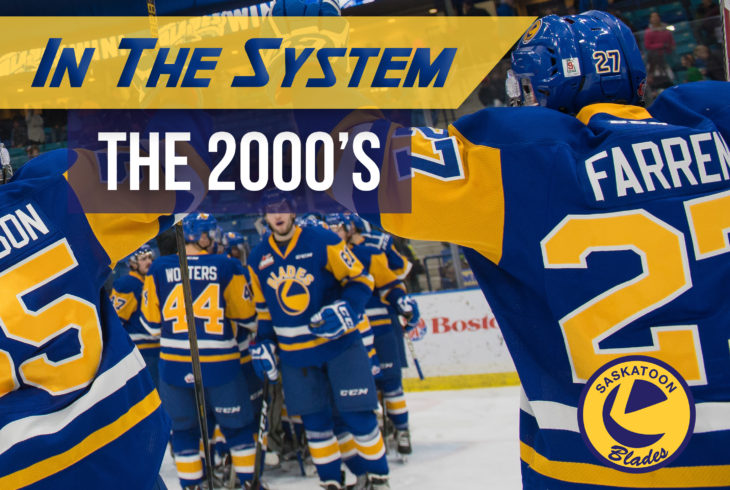 Last week we took a look at the 2000 born players in the Blades’ system to give you a preview of what to expect at training camp in August. You can view the full article here. Keep an eye out later this week for a feature on our 2001 born prospects.

Speaking of prospects… Kyle Crnkovic, our 10th overall selection from this past Spring, has been named to Hockey Alberta’s top 30 players for the Western Canadian U16 Challenge Cup. Crnkovic spent last season at the Pursuit of Excellence Bantam Prep team in Kelowna nothing 40 goals and 39 helpers in just 30 regular season games. View the full list of players on Alberta’s short list here.

The Blades are actively seeking several people to join us for the upcoming season. There are still positions open for internships and volunteer spots such as ushers. For details on internships, click here. For more info or to apply to be an usher, please contact Matt Lachica at matt@saskatoonblades.com 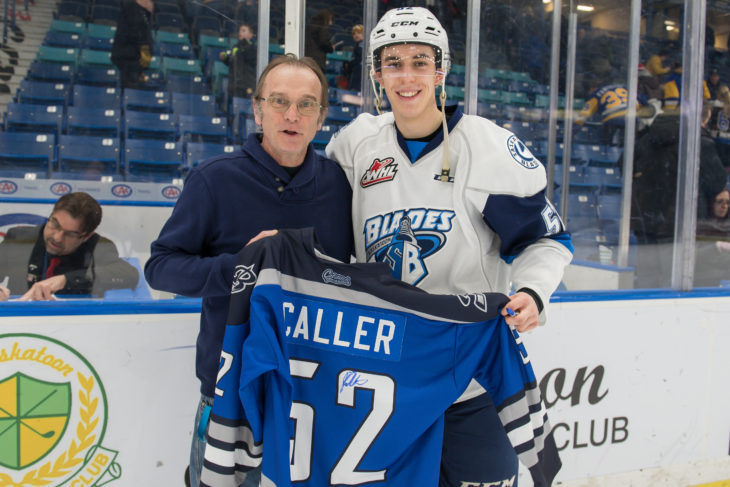 Lastly, I owe a Happy Birthday to Blades defenseman, Jackson Caller! Jackson turned 18 back on July 15th, and will be entering his 2nd season with the Blades this fall.

My sixth year hanging with my Little Brother Noah. Just realized he's a 2003- same year of kid we are drafting this year… mind blown! pic.twitter.com/i2PEV3bqOu

Thanks for reading! —@wawryk16 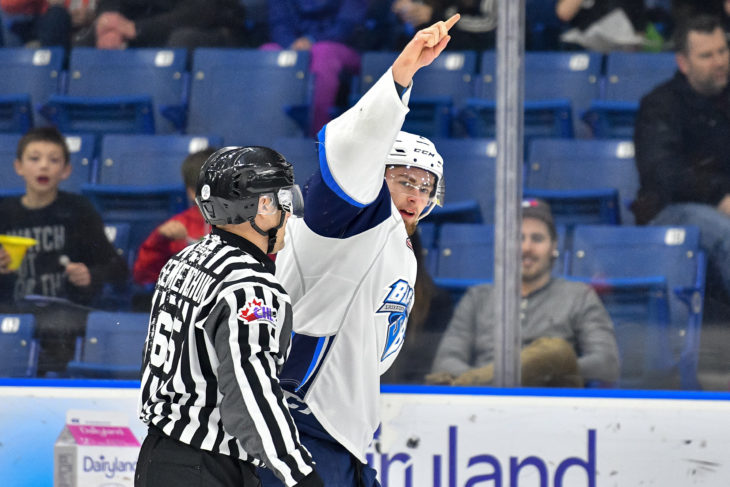 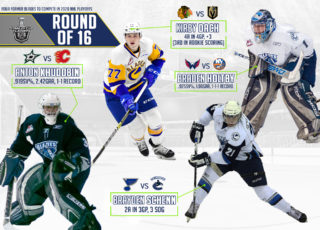