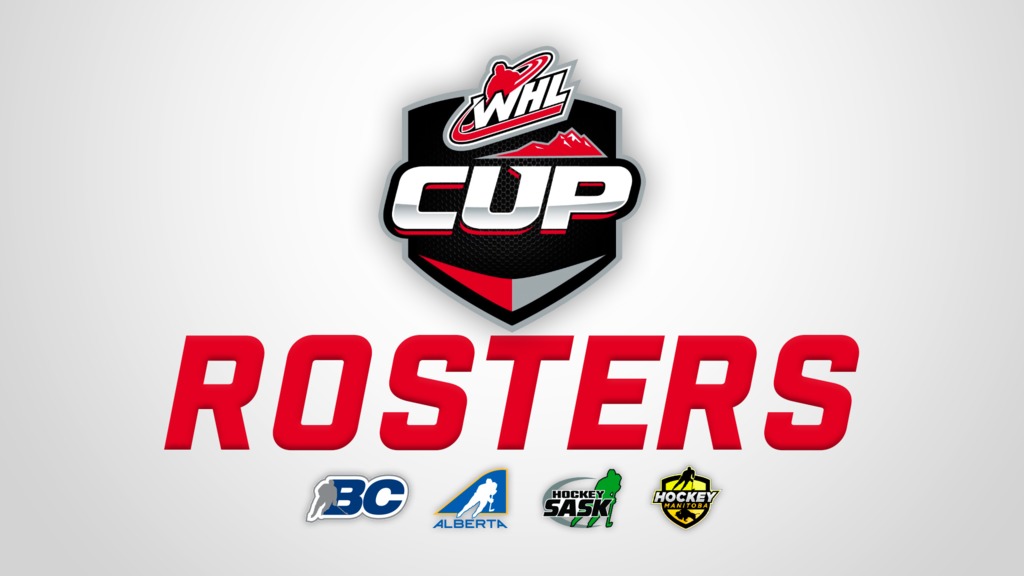 Scheduled to be held October 20-24, the 2021 WHL Cup will be played at the Peavey Mart Centrium – home of the WHL’s Red Deer Rebels – as well as at the Gary W. Harris Canada Games Centre at Red Deer Polytechnic and will feature teams from the four Western Canadian provinces competing in a round robin tournament format followed by playoffs.

The WHL Cup, established in 2009, is held every season except in years when the Canada Winter Games are held, and is the first step in Hockey Canada’s Program of Excellence for players.

Team Alberta
As five-time champions at the tournament, Alberta will boast another strong roster with representation from across the province, including seven players from Calgary and six players from Edmonton. Defencemen Charlie Elick (Calgary) and Keith McInnis (Red Deer) will anchor the blueline, with Brock Souch (Edmonton) fuelling the offense up front.

Team British Columbia
After claiming bronze in 2019, B.C. will field a strong roster once again, including five players from Surrey. Forwards Jordan Gavin (Surrey) and Cayden Lindstrom (Fort St. John) will take aim as B.C. looks for a return to the gold medal game in 2021.

Team Manitoba
A silver medal finish in 2019 proved Manitoba can compete with the best. In search of gold in 2021, the Keystone Province will be powered by 10 players hailing from Winnipeg, including defenceman Jonas Woo. Lockport’s Cole Bilous will also help to steady the blueline for Team Manitoba.

Team Saskatchewan
A historic gold medal finish in 2019 puts the target prominently on Team Saskatchewan in 2021. Looking to defend its WHL Cup title, Saskatchewan will rely on nine players from Saskatoon, including defenceman Tyson Buczkowski and forward Trae Wilke.

About the WHL Cup
The majority of players participating in the event will be selected in the 2021 WHL Prospects Draft, or will go on to be listed by WHL Clubs. The WHL Cup, formerly known as the Western Canada U16 Challenge Cup, has been sponsored since 2009 by the Western Hockey League.

This year will mark the ninth year of the event. The first ever WHL Cup was held in Blackfalds, Alta., in 2009 and featured four of the top eight players selected in the 2012 NHL Draft. In 2011, the Moose Jaw Warriors and Hockey Saskatchewan hosted the event at Mosaic Place in Moose Jaw, Sask. In 2012 and 2013, the tournament was hosted in Calgary at Father David Bauer Arena, the home of the WHL. From 2015 through 2019, the WHL Cup was hosted in Calgary at the Markin MacPhail Centre.