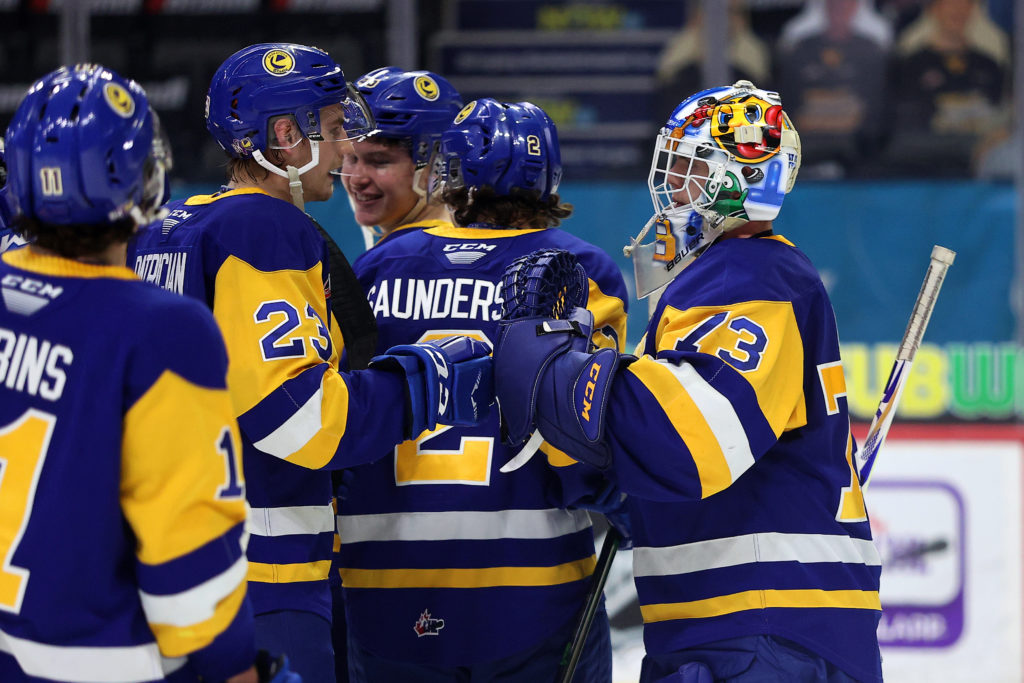 The veteran goaltender collected his record-setting 86th victory with a heroic 29-save performance, helping the Saskatoon Blades stave off a late charge by the Winnipeg ICE to win 3-2 at the Brandt Centre on Wednesday. 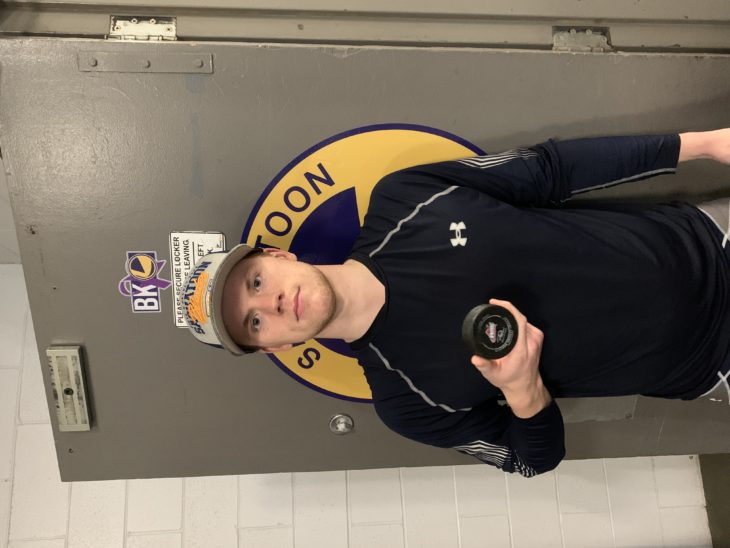 Yorkton, SK’s Maier has officially passed Tim Cheveldae in the Blades history books, who set the previous record of 85 wins in 1988. Along with inking his name into Blades lore, Maier received the game’s first star, and improves his undefeated record to an impressive 7-0-0-0.

The Blades have now put together 10-consecutive games without a regulation loss to go along with a seven-game win-streak, and improve to an East-best 9-0-1-0 record.

Not only do the Blades hold a four-point lead in the East Division, they’ve also regained first place in the Eastern Conference, one point up on the Edmonton Oil Kings. Saskatoon is the only team yet to fall in regulation of any Alberta, Saskatchewan, or Manitoba squad.

Maier’s historic victory comes two days after shutting out the Prince Albert Raiders with a 24-save performance. Over the last two games, the 2001-born ‘tender has stopped a combined 53 of 55 shots, equalling a save percentage of 96.4%.

All the proof you need to know @NolanMaier1 is one of the best 📽️ pic.twitter.com/eTHcwj0UhK

Saskatoon lacked the efforts of captain Chase Wouters and defenceman Rhett Rhinehart, who are serving three and two-game suspensions respectively.

Freshman winger Lisowsky, who’s usual centreman is Wouters, notched the Blades first goal late in the opening frame, squaring the game at one. Lisowsky leads the team in rookie scoring with four goals and eight points — five of which coming in the last five games.

Veteran shot from rookie @BrandonLisowsky to tie it up 👏 pic.twitter.com/H9acwaF7Bw

Fellow rookie Sammy May was credited with the secondary helper, his first point in his young junior hockey career.

Kyle Crnkovic gave the Blades their first lead of the game just over three minutes into the second period, breaking through the neutral zone and snapping his fourth of the year under the arm of Gage Alexander. Crnkovic leads the Blades in scoring with 14 points, and was given the game’s third star.

Anderson MacDonald and Connor McClennon collected markers for the ICE, who fall to 6-4-0-0 and remain in third place in the East Division. On the other end of the ice, Winnipeg netminder Alexander was solid in goal with 25 saves.

The Blades will search for an eighth straight victory on Friday, welcoming the Moose Jaw Warriors to the Brandt Centre at 8:00pm.