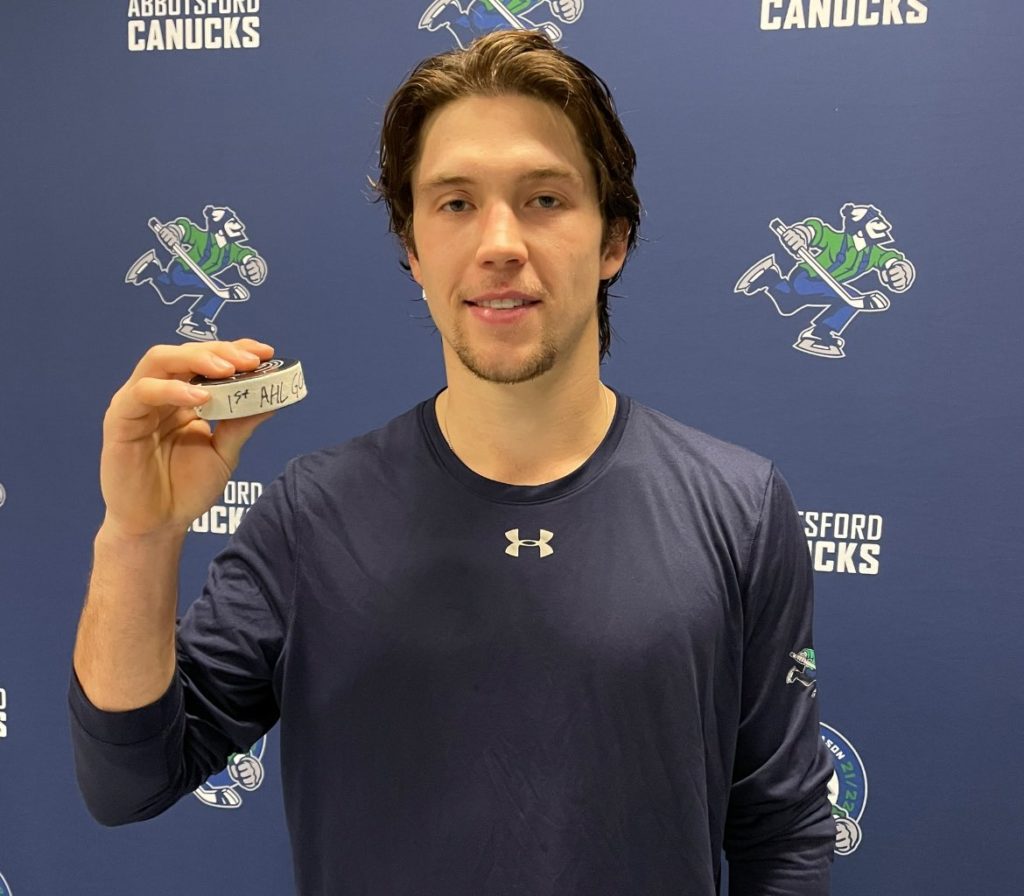 ABBOTSFORD, BC — It was just like a scene from his junior hockey days.

Chase Wouters wasted no time in delivering his first career AHL marker Sunday night. The former captain for the Saskatoon Blades, going hard to the net, took a pass from Will Lockwood and one-timed his name onto the scoresheet.

It came early in the second period, breaking a scoreless tie against the San Jose Barracuda, in Wouters 11th game as a professional. Later in the frame, the career-Blade added his first career AHL assist on a goal from Jarid Lukosevicius.

Although Abbotsford lost 3-2 in a shootout, you couldn’t wipe the smile from Wouters face after the game.

Memorable night for this youngster!

“Whether I’m playing lots or playing a little, I’m just trying to go out and work my best to help the team win.”

Abbotsford holds a 4-4-2-1 record through 11 games this season, and sit sixth in the AHL’s Pacific Division standings. Wouters and the ‘Nucks return to action on Friday, hosting the Bakersfield Condors.