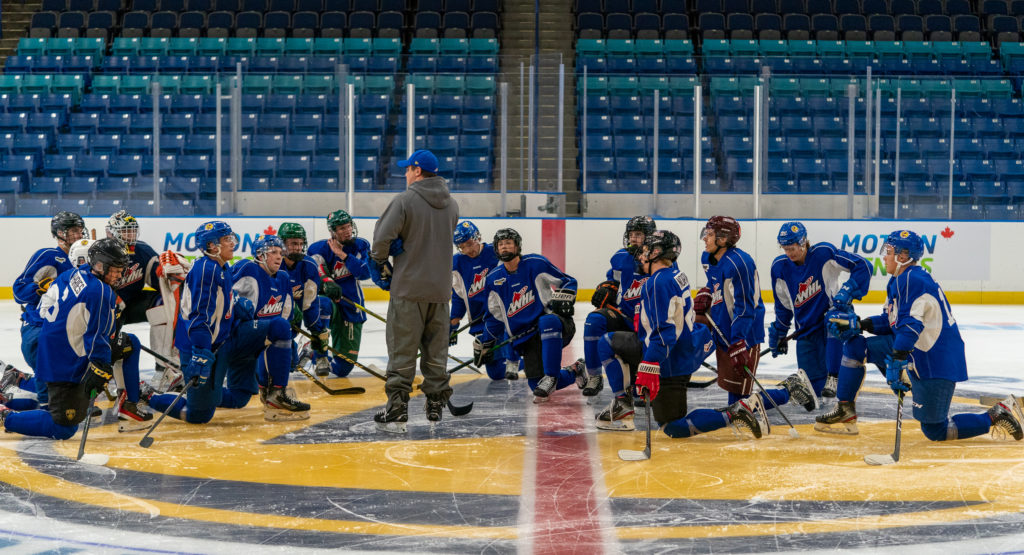 As is the case every September (or if COVID has taught us anything, almost every September), there are holes in the Saskatoon Blades roster that require filling.

Training camp and exhibition play serve as the perfect battleground for the players to prove their place, and impress the coaching and management staff. This year, 48 players are skating in training camp, which is compressed over three days and a series of games, in hopes of surviving the first rash of cuts and earn a spot in pre-season play next weekend.

Let’s take a deeper look into how each position has changed since last year, who’s expected to return, and which spots are open for the taking.

Ifs, ands, and buts crowd all positions when it comes to offence this season. The biggest is whether or not power-forward Tristen Robins will be returned from the San Jose Sharks. Robins, who’s entering his final year of eligibility, will join San Jose for training camp later this week and is expected to play in the annual Rookie Faceoff Tournament from September 17-20, and potentially lace-up with the Sharks in pre-season play. Should he be returned, he’ll surely be one of the team’s top-scoring forwards, having collected 96 points in 78 games over the last two years. 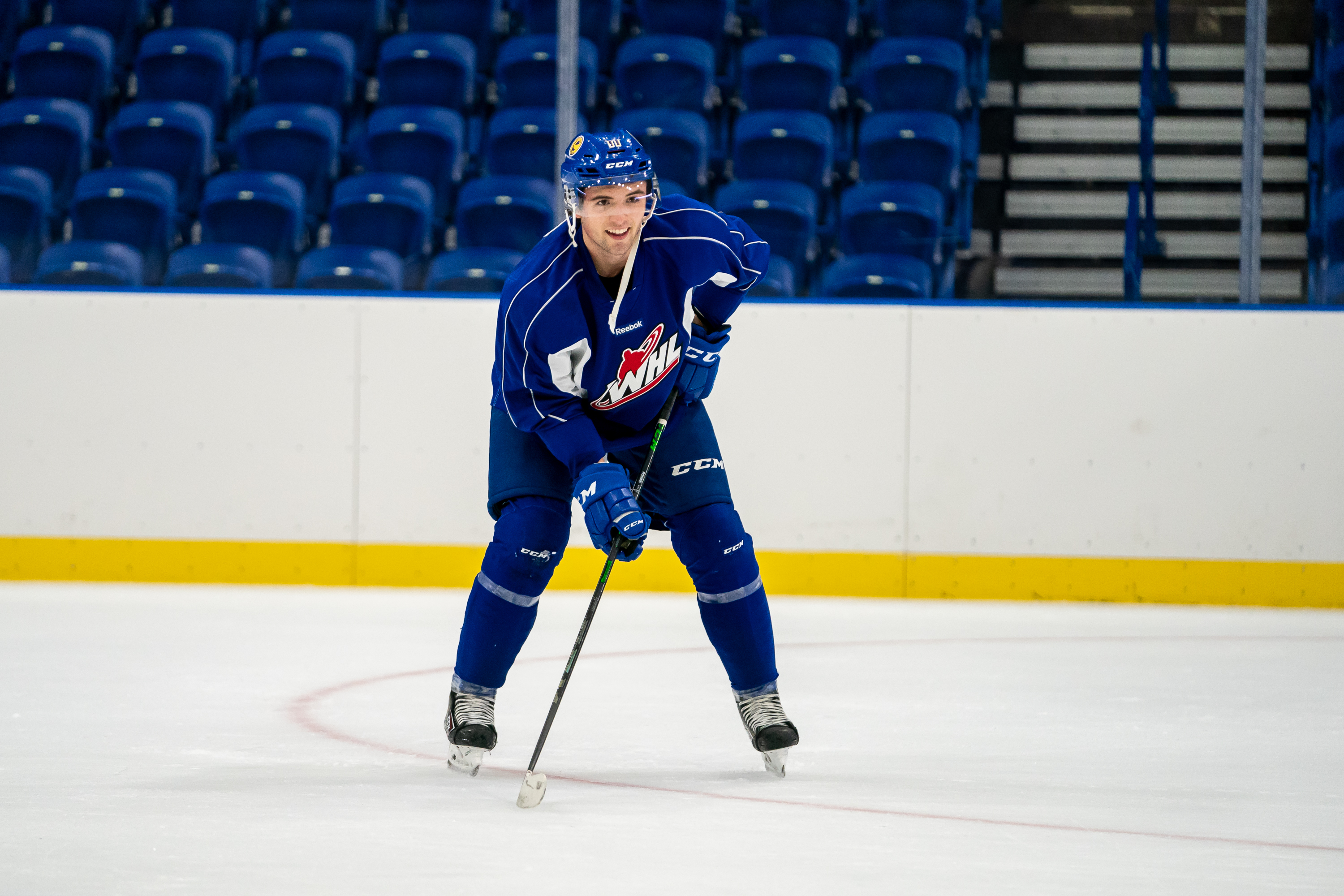 Three-year captain Chase Wouters and alternate captain Caiden Daley graduated at the end of last season, opening up a couple of positions up front. However, the team expects import forwards Moritz Elias and Yegor Sidorov to join the team by September 20th, filling two vital roles. Saskatoon has also acquired Brendan Lee from the Everett Silvertips in exchange for goaltender Koen MacInnes and will take up another spot up front.

“Just to see the smile on his face, playing for the love of the game, he’s just so happy that he’s back with us,” said Priestner. “He’s such a good hockey player. using his speed and skill that he’s playing with and seeing that joy back in his game is just amazing to see for all of us.”

Last year’s crop of rookie forwards — Brandon Lisowsky, Carter Streek, Hayden Smith, and Sammy May — are all competing for more ice time this year, and will likely be looked upon to serve greater roles this season.

Although he only played one season for the blue & gold, Wyatt McLeod filled massive shoes on the back-end in the Hub Centre. The Dawson Creek, BC product has since graduated from the WHL, leaving a huge hole that will be hard to fill. Thankfully, there are several experienced vets who are expected to slot in place, including alternate captain Aidan De La Gorgendiere, Rhett Rhinehart, and Charlie Wright. 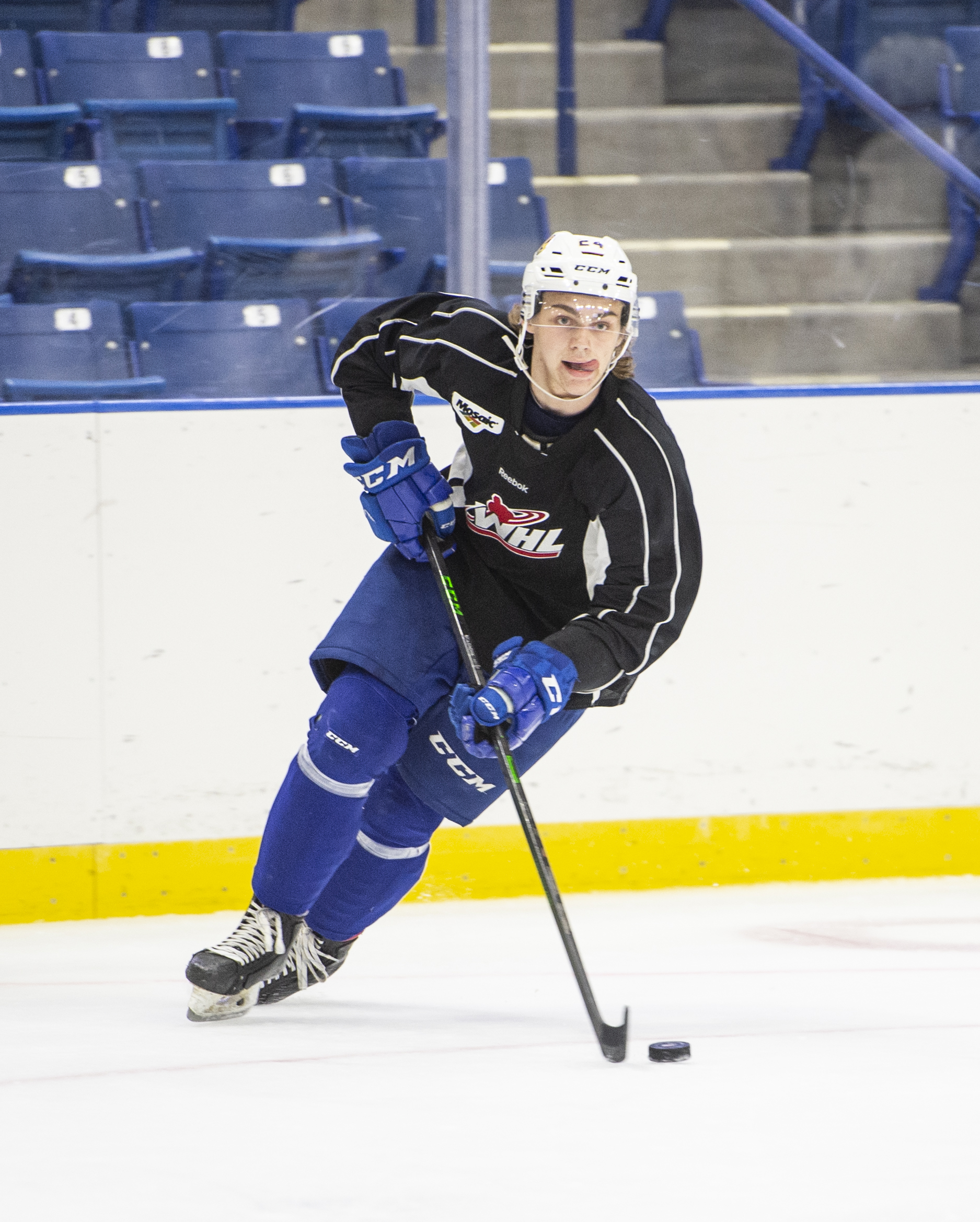 Rhinehart is currently training with the Colorado Avalanche after receiving a camp invite, and will be squaring off against Robins in the Rookie Faceoff Tournament.

Fellow blue-liner and former 1st overall pick Tanner Molendyk will likely take a top-four role, having dressed in 17 games last season. 2004-born Pavel Bocharov is also expected to take on a heavier slate this season, having trained with the US National Development Team this summer and representing his home country as captain in the 2021 Hlinka Gretzky Cup last month.

It goes without saying Nolan Maier is the #1. That’s not changing. He owns the franchise record for most victories as a Blades goaltender (91 and counting) with a chance to reach the WHL record.

Without Koen MacInnes in the mix, the backup role to Maier is up for grabs. Two names stand out as front runners — Saskatoon’s own Ethan Chadwick, who spent last season with the Blades in Regina however didn’t see any playing time, and 2019 draft pick Austin Elliott.

“I’d say (Chadwick and Elliott) have not clarified the situation over two days, they’re both outstanding,” added Priestner following Friday’s game action. “Our goaltending coach Jeff Harvey has worked with these guys all summer and he was just saying he thought both were really good too and there wasn’t really much to separate them. Both were really solid.”

Lots of change from then until now. pic.twitter.com/DZJymgDVOb

Training camp will conclude Saturday night with the annual Kirkness Cup Championship Final at 6:30pm from SaskTel Centre. Fans are encouraged to attend free of charge, however, masks are mandatory at all times.

2021-22 season ticket memberships are now on sale for as low as $17 per game for adults, and $5 for children. Single-game tickets are also going on sale on Monday, September 13th at noon!

Be sure to contact one of our ticket associates by calling/texting (306) 975-8844, or shoot us an email at info@saskatoonblades.com.