Blades look to bounce back against Rockets 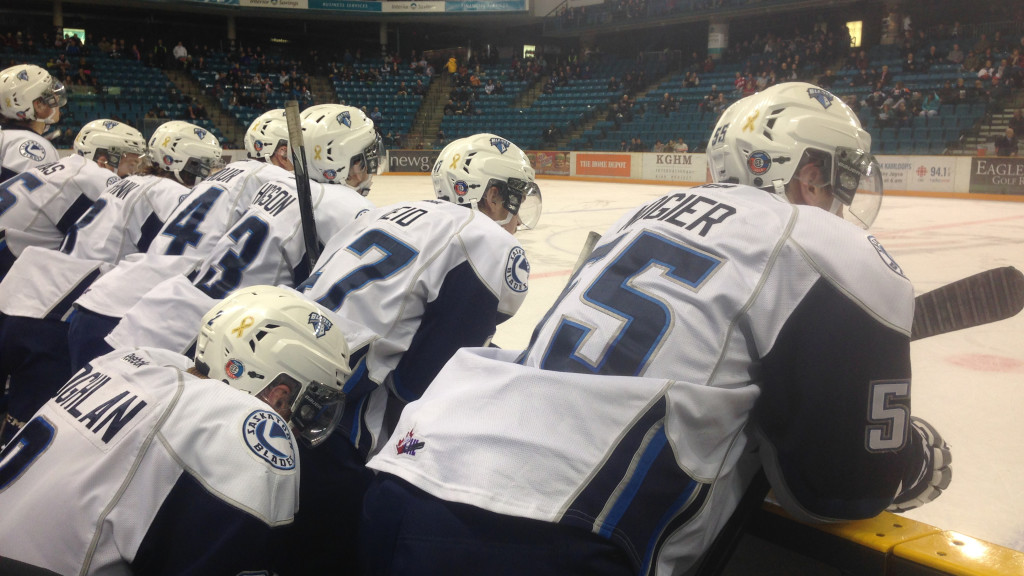 It was another heartbreaking loss for the Blades – up three to two with one minute left, before giving up two late goals to fall to the Kamloops Blazers. Now, the boys in blue look for redemption, this time against the top team in the WHL, the Kelowna Rockets.

“We have to be ready right off the hop”, said Isaac Schacher at afternoon skate. “We have to play hard, can’t be intimidated”.

Kelowna is led by Saskatoon product Rourke Chartier, who leads the WHL in goals and points.

While Chartier is no doubt a big reason Kelowna is in first place, the Blades know he’s not the only threat.

“They’re a great team top to bottom”, added Coach Bob Woods. “Chartier, Merkley, many guys that can score. We can’t just focus on Rourke, we need to be ready for everyone”.

The Blades will recieve an added boost for the game – several players on the trip have been hit hard by the flu bug, but will be returning to action, including one of their top scorers, Sam McKechnie.

“Yeah we aren’t really feeling great, but it’s a big game and we need all hands on deck. We need to get some points, try come out of here with a win”.

After the Kelowna game, the Blades will head to Victoria to take on the Royals.