Blades looking for payback against Warriors 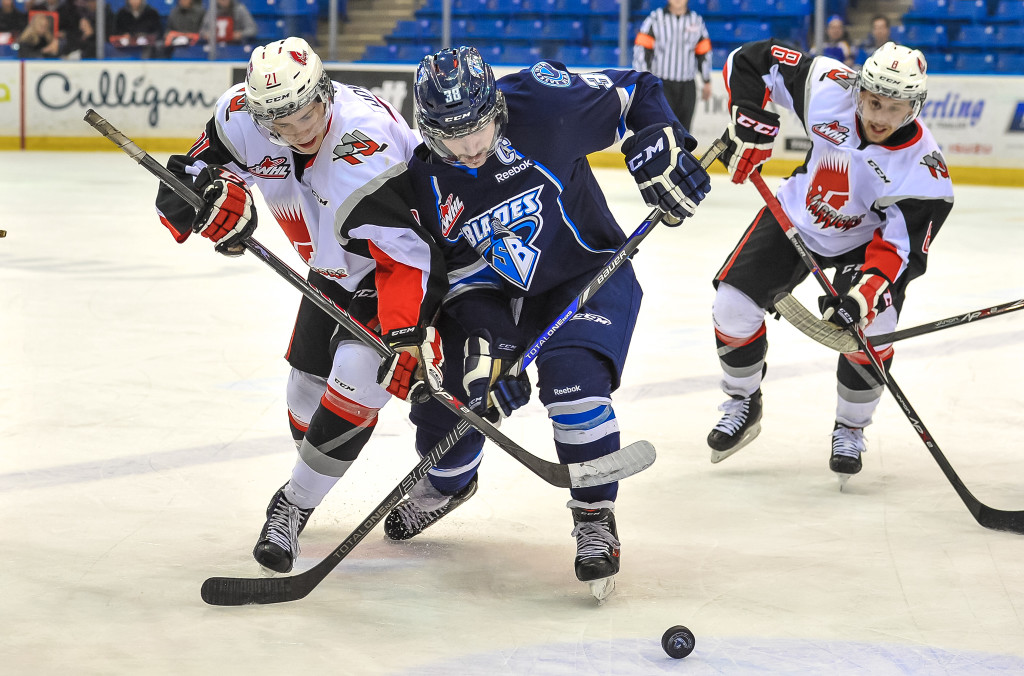 It’s quickly becoming an intense rivalry – the last few times the Blades and Warriors have done battle, the penalties have piled up, things have gotten chippy, and there’s been no shortage of intensity. Unfortunately for the Blades, the last two battles ended with 4-2 Moose Jaw victories, and the boys in blue are looking to change that.

“It’s a big game, and we’re fired up for sure”, said Josh Uhrich at pre-game skate. “We preach it often, but we need to play smart, limit the penalties, outwork them”.

This is the Blades first home game in two weeks, as the team recently wrapped up a 10 day BC road trip.

“It’ll be nice to be back in our barn”, said Nelson Nogier. “Our fans will be loud, we want to get a win back against Moose Jaw, and it’ll just be a good one”.

“We’ve had a couple real good days of practice”, added Coach Bob Woods after the skate. “It was a long trip, and while we didn’t get a win, we played well, took some positives out of it, and now we’re back home, ready to turn things around”.

While the team won’t have added reinforcements for this game, they will soon enough – both Wyatt Sloboshan and Jordan Thomson are scheduled to return soon after month-long layoffs with upper body injuries.

“Slobo, he may be after Christmas”, said Woods. “Thomson, he could be back as soon as the Saturday night game against Regina”.

“Those two guys coming back, that’s huge”, said Nogier. “Slobo obviously is a dynamic guy, was playing huge before he got hurt. Tommy, he’s a great blueliner, he makes us better, so it’s just big for the team to get them back”.

Blades fans are in for a treat as well, as Superfan Cameron Hughes will be on hand to sing, dance, and fire up the crowd Friday night.