Blades looking to bounce back against Broncos 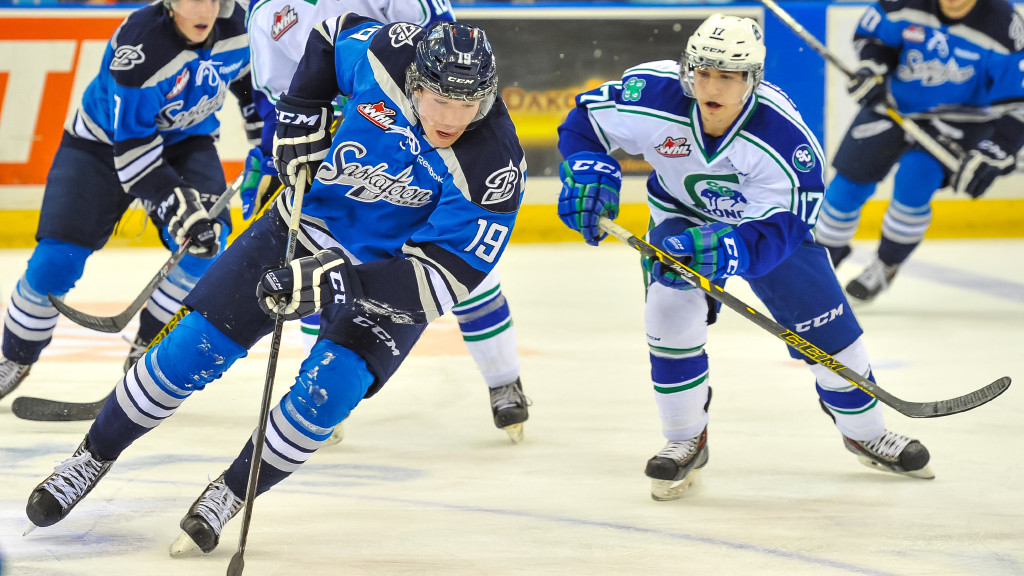 It was a hard pill to swallow for the Blades on Friday night in Regina – twice they held the lead against the Pats, and both times they let it slip away, ultimately giving up three third period goals to lose 5-2.

“We need to be better, plain and simple,” said Assistant Coach Dean Brockman. “We took our foot off the gas, let them back into it, and we don’t want to be doing that.”

The Blades will take on the Swift Current Broncos Saturday night, looking to turn their three-games-in-three-nights weekend around. They’ll have some help on the blue line – 1999 born Jake Kustra has been called up fromt the Notre Dame Argos, and will be playing his first game with the team.

“I’m very excited to be up with the Blades,” said Kustra at morning skate. “I was happy to get the call, and I’m just ready to play my game, and hopefully help the team get a win.”

“Jake’s a good kid and a good player,” said Brockman. “We like his game, and obviously we think he can help us out. We’re excited to see him play here tonight.”

The Blades will head back to Saskatoon following the game, and will play host to the Calgary Hitmen on Sunday night.