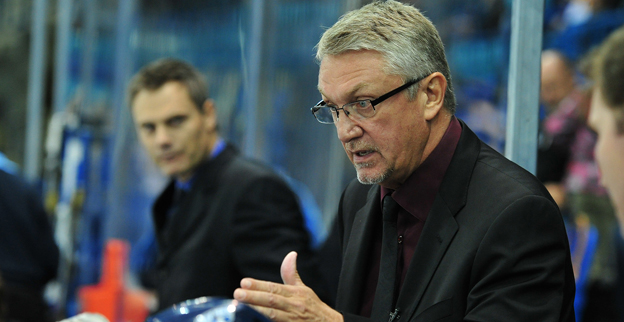 Molleken reached the milestone in tonight’s win over the visiting Brandon Wheat Kings.  With the win, Molleken becomes only the second coach in WHL history to hit the 600 win milestone.

“I’ve been fortunate to coach some good teams,” said Molleken.  “This league has been great to me over the years as I’ve been around it since I was 15 years old as a player, coach, and a fan.  At the same time, I have to give credit to everyone I’ve worked with.  I’ve always had the philosophy of surrounding myself with good people and letting everything take care of itself.  It’s a very humbling experience.”

Molleken is in his 16th season behind the bench as a WHL Head Coach, having spent time with the Regina Pats, Moose Jaw Warriors and the Blades. He also coached his 1000th WHL game earlier this season, with only four coaches in league history having reached that milestone.

Molleken and the Blades also recently won their 40th game of the season, marking the 5th straight season they’ve accomplished the goal.  Only 8 other Canadian Hockey League franchises have set a similar mark as the Blades.  The QMJHL’s Sherbrooke Castors have set the benchmark for consecutive 40 win seasons, doing it 8-straight times from 1974-75 until 1981-82.  The WHL record for consecutive 40 win seasons was set by the Regina Pats from 1979-80 until 1985-86.