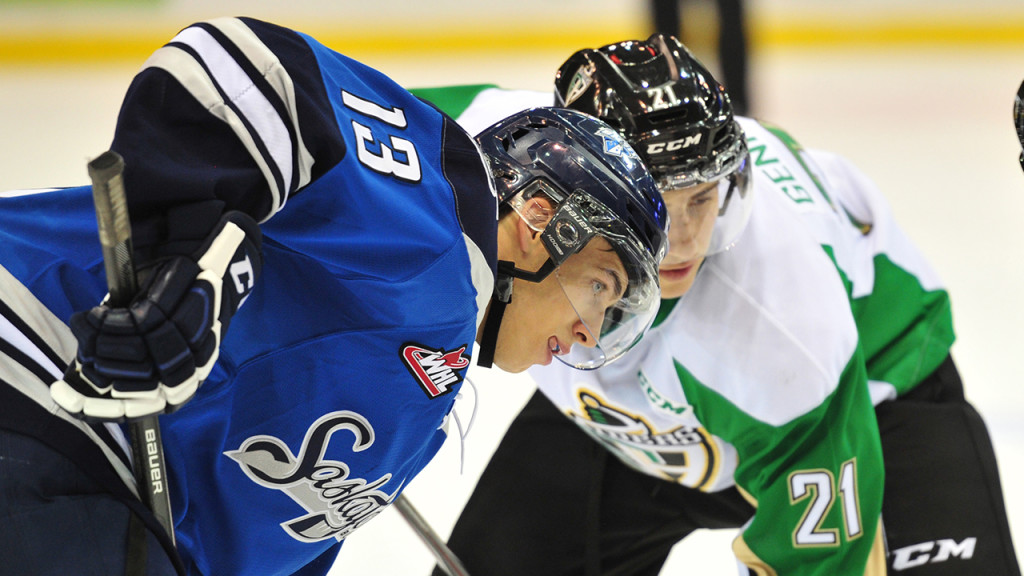 It was a long time coming for the Saskatoon Blades – after losing 11 straight, several of them final-minute heartbreakers, the Blades finally got that elusive win, knocking off the Raiders 6-3 Saturday night.

“It was huge”, said Head Coach and GM Bob Woods. “We’ve worked so hard, had some tough breaks, now, we’re ready to turn the corner”.

The Blades were playing their first game of the second half, following a week off for the Christmas break.

“We played really well”, added Sam McKechnie, who scored two goals in the win. “We worked hard, stayed positive. Now, we want to turn things around. It isn’t over until the very end, and we believe”.

The Blades will get the chance to build on the win, as they play host to the Raiders in the second half of a home-and-home, this time in a rare afternoon game.

“Yeah it’s a tough turnaround”, said McKechnie. “But they’re facing the same thing. You just have to get a good sleep, a good meal, and be prepared, and we will be”.

“The boys are confident now, I can see that”, said a proud Coach. “The second half is a whole new season. We’re a long ways back right now, but it’s a long season, and this team isn’t folding up the tent and going home”.

The Blades are next in action on Tuesday, when they play host to Regina.