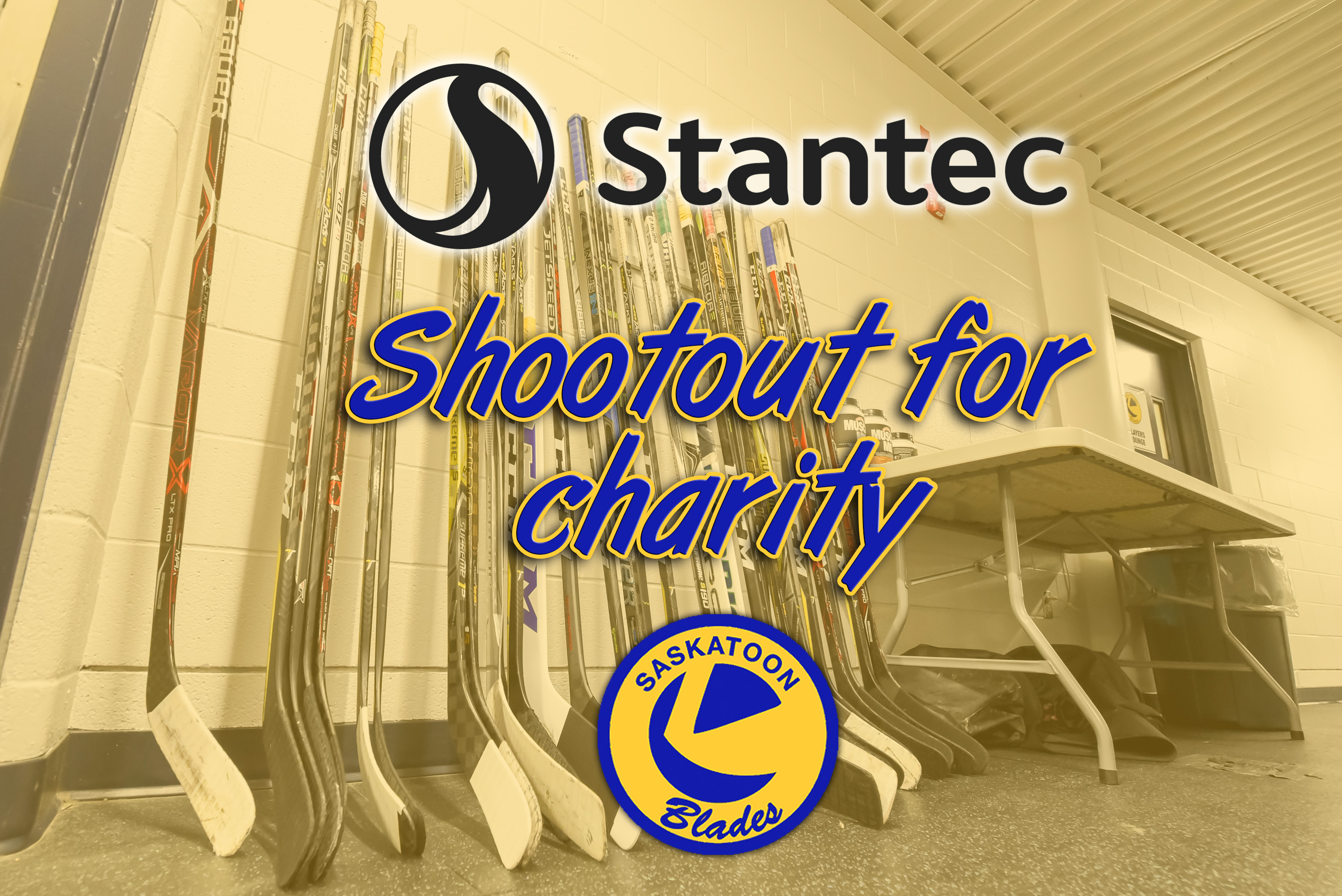 The Stantec Shootout for Charity is back for a second year! After a successful pilot season last year, Stantec has once again partnered with the Saskatoon Blades in this initiative aimed to benefit up to 16 local charitable organizations. We look forward to hosting 10 new companies at the tournament this year, with several new charities also being represented.

This year’s shooters and their respective charities are as follow:

The first round of the tournament concludes on this Saturday, January 25th.

Round two, the semi-finals & 3rd place matchup of the shootout will take place from January 28th to March 6th. The Championship shootout will occur at the Blades’ last regular season game of the season on Saturday, March 21st, against the Prince Albert Raiders.

The 1st, 2nd and 3rd placed teams will be awarded the following prize money to be donated to their charity of choice.

Standings as of March 4th 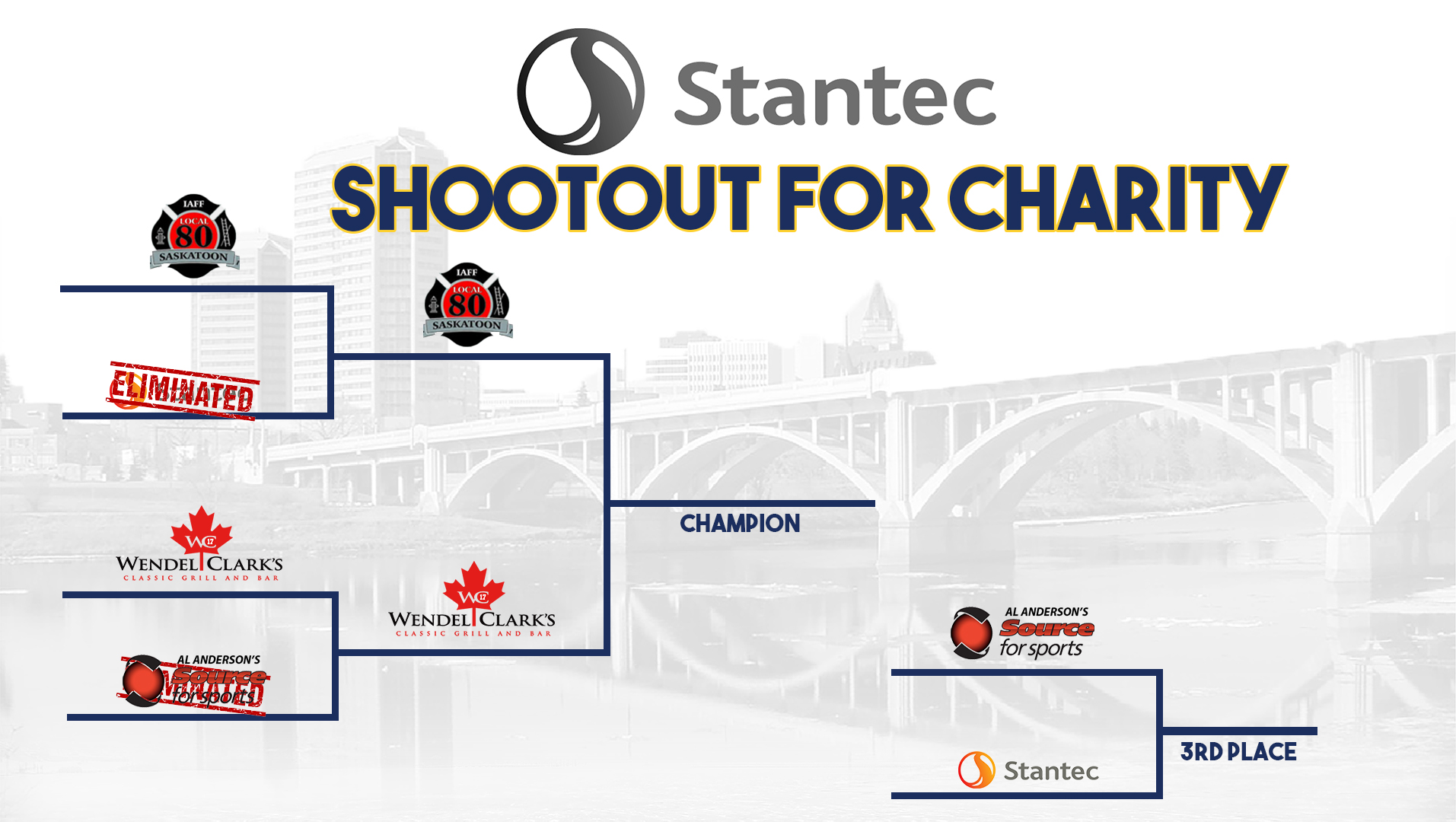