The boys are Back – Amundrud, Coghlan and Forsberg return to Lineup 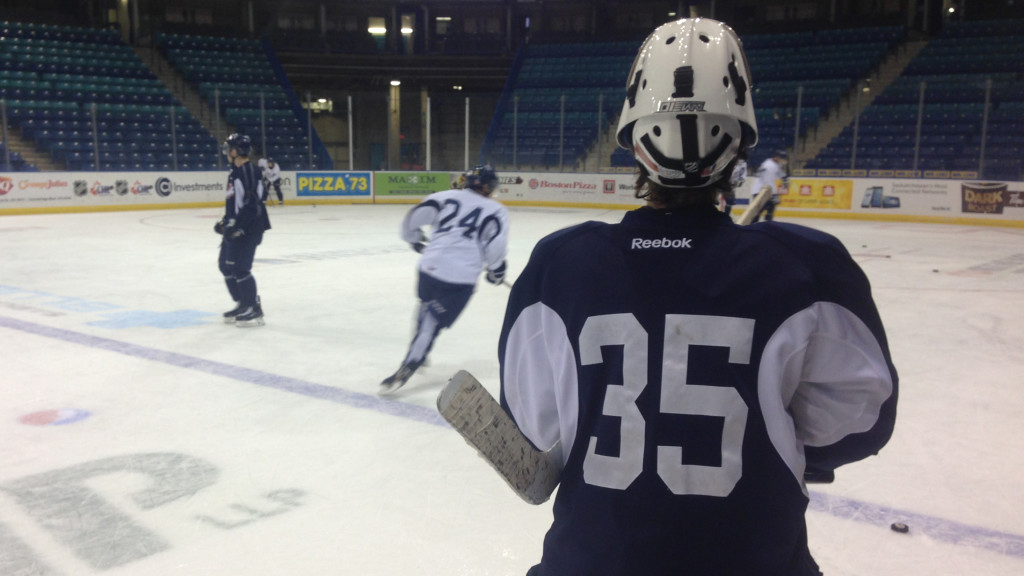 After a five day break, the Blades are back in action as they host the Swift Current Broncos, and they’ll get some help – on offence, defence and in net.

“We’re obviously excited, because we’re getting guys back that were injured, and it will be a huge addition” said Coach Bob Woods after a morning skate.

Three key players return from injury – defenceman Ryan Coghlan, forward Alex Forsberg, and goaltender Nik Amundrud, who has been out since Halloween.

“I’m excited to be back” said Coghlan. “Watching the Alberta road trip from the stands, it wasn’t easy. Now I’m ready to play, block shots, clear the zone, do whatever the team needs”.

It’ll be a tough matchup for the Blades, as the Broncos sit second in the tough East Division. Woods knows the Blades need to be on the top of their game to beat them.

Woods says the team had a good week of practice, and are ready to get back on the winning track.

“We need a win, badly” added Coghlan. “Its a big game, we have all the boys back. We’re ready to go, and we’re ready to win”.

The game will also have some added fans – dogs and cats! Its the second annual Pucks & Paws game, and fans are invited to bring their pet out to enjoy the game.